Even the Dolphins Betray Ukraine


Ukrainian Army dolphins, which have been trained to plant bombs and kill frogmen, will be transferred to Russia.Russian forces completed their take over of the Ukrainian navy’s assets in Crimea with the storming of the minesweeper Cherkessy.

The Ukrainian navy has been reduced to only 10 vessels, with the other 51 it held at the beginning of this month, including its only submarine, now flying the Russian flag.

But of all the Ukrainian military assets Russia has seized during the annexation, none is quite as unusual as the combat dolphin program.

The Soviet Union began training dolphins and other marine mammals to locate mines, mark underwater and obstacles and detect – and if necessary kill – enemy frogmen in the 1960s.
...
With the collapse of the Soviet Union in 1991, Ukraine inherited both the animals and the experts who trained them.

With fewer geopolitical foes to worry about, the dolphins found a new role providing therapy swimming for disabled children.

Ukraine relaunched the military program in 2012, and the current generation of dolphins at the centre are already proficient at marking lost weapons and underwater obstacles with buoys.

Anything for free herring, eh, boys and girls? 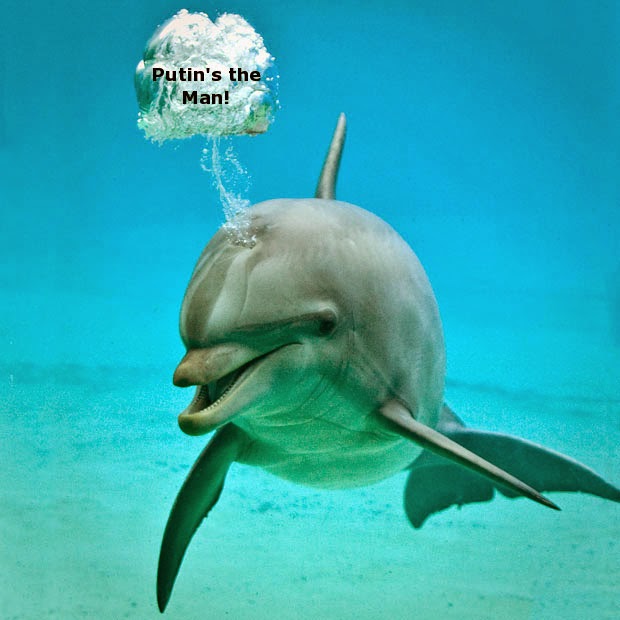