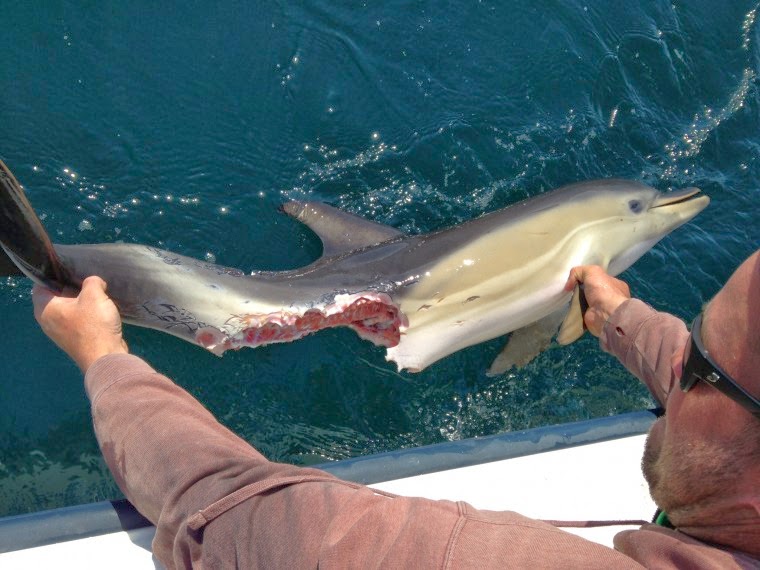 . . . On their way to a new fishing location about 40 miles off Rudee Inlet, they spotted a pair of dolphins floating on the surface. Closer inspection revealed that the lower rear portion of each was missing - it had been bitten off by something with large, razor-sharp teeth.

"A shark, for sure," Pappas said. "I've caught hundreds of shark in my life, and I was pretty sure this was a great white by the size of the teeth marks. The chunks were bitten out completely." 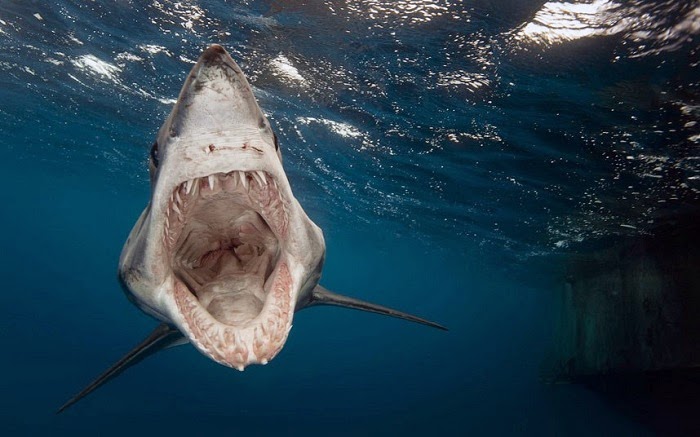 Yep, those teeth are pretty amazing

As Shipp held one of the dolphins up for pictures, Pappas kept thinking: "Hurry up.... What if it's still around?

"I've never been scared out on the water before," he said. "But we were in a 19-foot boat, and this worried me a little bit."

Jack Musick, a professor emeritus at the Virginia Institute of Marine Science, confirmed Pappas' suspicions after looking at photos.

I doubt a 10 ft shark could do too much damage to a 19 foot fiberglass or aluminum boat; but it would be nerve wracking to find out the hard way.


"The bites are great white shark bites," said Musick, who started VIMS' shark program in 1973 and continues to study the fish.

"Looking at the width of the bite and the man in the pictures, I'd have to guess that it's approximately a 10-foot animal.

"You can see the size of the teeth and the gapping. It's classic," he said. 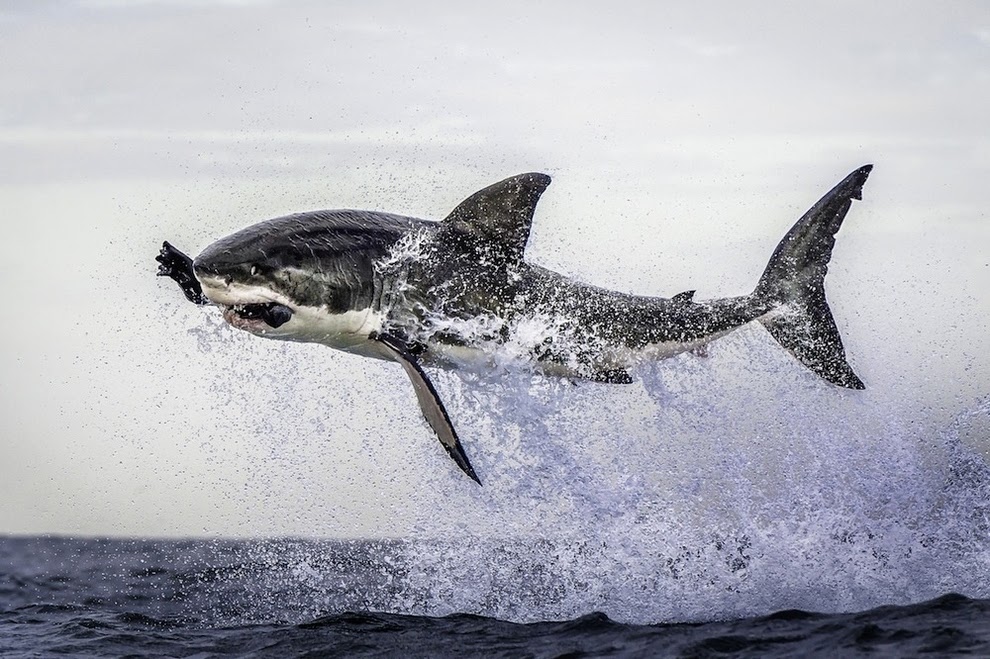 It's also pretty rare for this time of year.

Pappas said water temperatures around the Triangle Wrecks - some 40 miles off the coast - were in the mid-40s. Musick said that would be on the lower end of a great white's tolerance range. But satellite imagery from Roffer's Ocean Fishing Forecasting Service indicated a meandering of warmer Gulf Stream water in the area, which could explain the dolphins... and the shark. 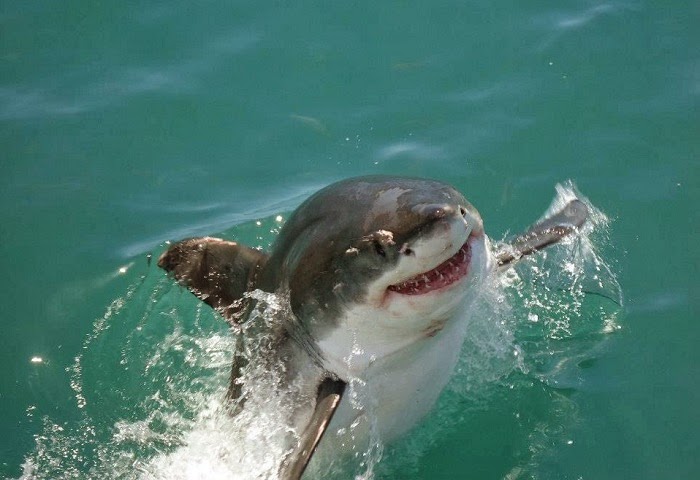 Like their cousin the Mako Shark, Great Whites also have a rete mirabile; a cross current network of blood vessels that allows them to keep some of their tissue above water temperature, a form of pseudo-warm bloodedness that enables to move rapidly in cool water.


Great whites are found in Virginia coastal waters. Commercial fishermen catch them almost annually in their nets. And recreational anglers are reporting an increase in sightings.

And Mary Lee - an estimated 3,500-pounder equipped with a satellite tag by Ocearch - last summer was monitored inside Hatteras Inlet and near the mouth of the Chesapeake Bay. 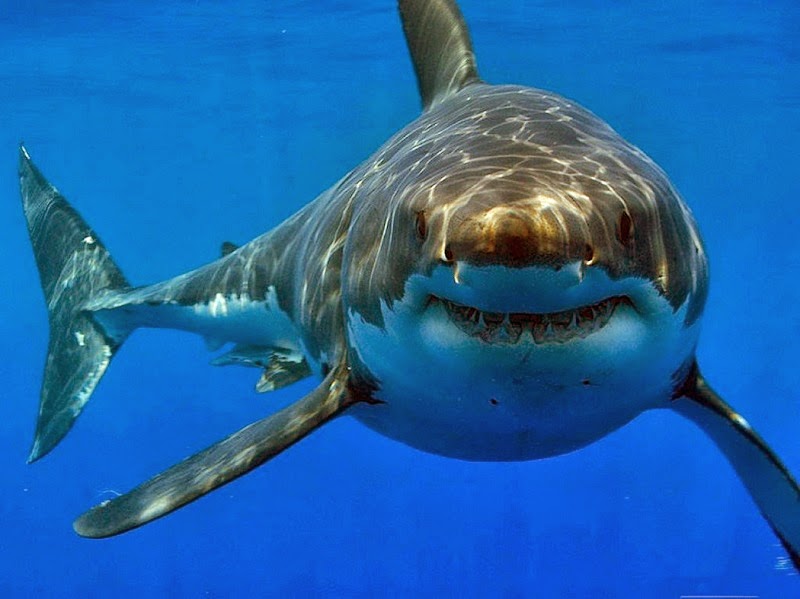 I wrote about Mary Lee back in Nov. of 2013.  As of a few days ago, Mary Lee was miles away, down off the Georgia Bight, out near the shelf break.


An increase in the number of harbor seals living around the bay could attract more sharks.

"The population of great white shark along the East Coast is rebounding," Musick said. "And with the seals' range expanding, it's likely there could be more encounters."

Pappas is looking forward to that.

"It's exciting," he said. "Of all the fish you catch, shark are at the top of the food chain, and it's remarkable to be around them.

"I just don't want to have my hands in the water taking pictures when one shows up."

I wonder if they hit a Bass Assassin or a BKD?