Probably in the same way that Final Fantasy was the end...

You may remember that I reported yesterday was a rainy day.  Late in the afternoon, March provided it's last shot, and it snowed for a good hour.  It was too warm and wet for any to stick, but it was a remarkable display of the variability of our spring weather.  Today, we're under the influence of the cold north wind behind the storm.  It's only 42 out, and blustery, 20 kts from the Northwest, but the sun is out, the sky is blue, and it's looking good.

Before the rooster crows tomorrow morning, you will deny three times that you even know me: Senator: 'There's No Such Thing as Obamacare'

On eve of Obamacare deadline, law remains a work in progress. It's CBS, so Blah, blah blah, but at least it features this video: 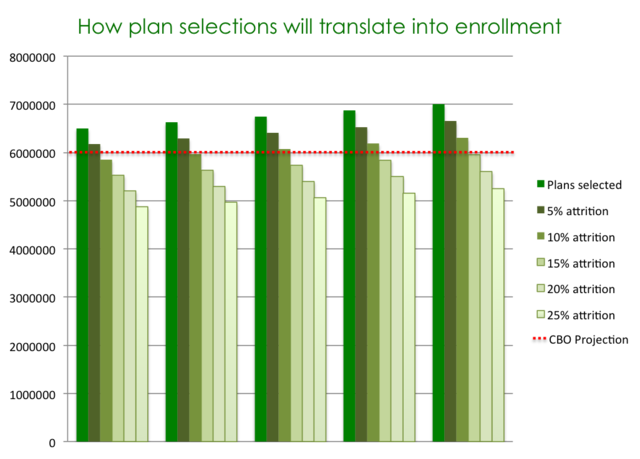 My second chart here shows what actual enrollment would look like, depending on how many plans are ultimately selected and how bad the attrition rate is over the first few months of operations. As you can see, it ends up below the CBO's projection in most cases, sometimes far below. But if signups accelerate significantly, and attrition is minimal, the exchanges may hit the CBO number. Especially when you take into account the de facto extension of open enrollment at least into April. 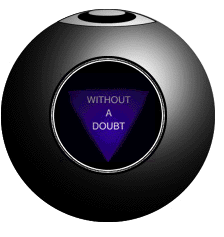 
Does that mean that Obamacare will basically be beyond repeal, as its supporters hope? It certainly makes things harder. But we still don't know how many of these people are newly insured, or how many of the previously insured like these policies better than their old policies -- nor how much pressure it is going to end up putting on the budget. Those are things we won't know for quite a while. But if it were impossible to ever cut off an expensive entitlement that goes to the middle class, TennCare would never have been cut.


Q. What happens if a consumer does not sign up for insurance by the Monday deadline?

A. The consumer may be subject to financial penalties, to be paid with federal income taxes next year. However, the federal government has said it will stretch the sign-up deadline for people who started an application and could not finish it for one reason or another.

Trying to keep the lie alive that the penalties begin next year.  If you pay a penalty in 2015 it will be on your 2014 income, and it will already have been take out of your withholdings and spent. 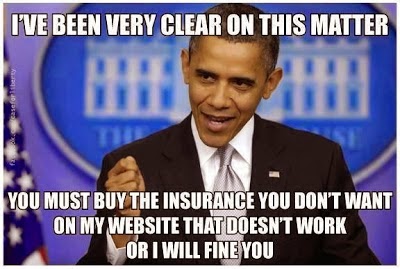 From Theo's: Obamacare is an American Catastrophe


The first element of the Obamacare catastrophe is an utterly lawless President who Congress has done little to restrain and nothing to impeach.

Another element of the Obamacare catastrophe has been the failure of the mainstream media to address the impact the law has had on America. On March 26, the Media Research Center reported that “They’re just burying the story. They aren’t in denial. They know the truth. They’re just choosing to ignore it. They are pretending there are no broken promises about keeping your insurance plan, or keeping your doctor, or lowering your premium by $2,500 a year.”

An analysis by the Center of the three network evening news broadcasts in 2014 “found only 12 stories on three networks in almost three months.” For example, “NBC Nightly News” broadcast only one story on Obamacare and that was on January 1 when Lester Holt called it “a new era in health care in this country.” ABC “World News” provided only six minutes and 58 seconds on Obamacare and “CBS Evening News” managed to provide only 19 minutes and 17 seconds over the course of three months.

“None of the networks,” said the Center’s analysis, “dared to report the ongoing opposition of the American people to Obamacare in 2014, even when they were the ones doing the polling.”


Northwestern University became the first school in the nation to deem its football players full-time employees, thus making them eligible for union representation and health insurance benefits including maternity coverage.
On Wednesday, the National Labor Relations Board (NLRB) Region 13 director Peter Sung Ohr approved the players as employees of the school based on four prerequisite clauses. The team will now have the opportunity to vote on whether they want to unionize and join the College Athletes Players Association, according to Sports Blog Nation.

The kicker is that under Obamacare, the Evanston, Ill.-based team, comprised of more than 50 “employees,” is considered a “large employer” and Northwestern must provide pregnancy-related health care for the all-male team.

“This is insane: in the world President Obama lives in, college football teams are now unions, and government is paying for maternity coverage for 18 year old boys. It might be funny if it were not such a blatant attack on the American idea of a private sector,” said Nebraska senatorial candidate Ben Sasse in a new promotional video called “Pregnant Football Players.”


The first enrollment period for the Affordable Care Act ends at midnight Monday, closing one chapter on President Obama’s landmark health-care law and paving the way for a new round of confrontations that could ultimately determine the law’s long-term prospects.

Supporters face an array of political, financial and legal challenges in the coming months. Democrats and insurance industry officials are already seeking ways to blunt what may be the next big controversy: an expected increase in monthly insurance premiums next year for the health plans sold through the federal and state marketplaces.

Republicans, meanwhile, continue to use the law to attack vulnerable Democratic incumbents in the midterm elections, which will decide whether the GOP wins control of the Senate. . .

The "Final" word goes to Faux News: Debate over ObamaCare far from over as signup deadline arrives

The deadline to sign up for the president's signature health care law technically is Monday, but many who have trouble signing in will be given an extension into April. And in a throwback to HealthCare.gov's problem-plagued launch, a large volume of users was already stressing the system Monday morning.

Visitors to the site were encountering a string of errors. A Health and Human Services spokeswoman said the team had extended its "nightly maintenance window." But as visitors continued to overwhelm the system, it was only sporadically letting people in.

Amid the return of technical problems, the roiling, years-long debate about enrollment numbers and practically every other aspect of President Obama’s health care law appears far from over in this politically charged election year...