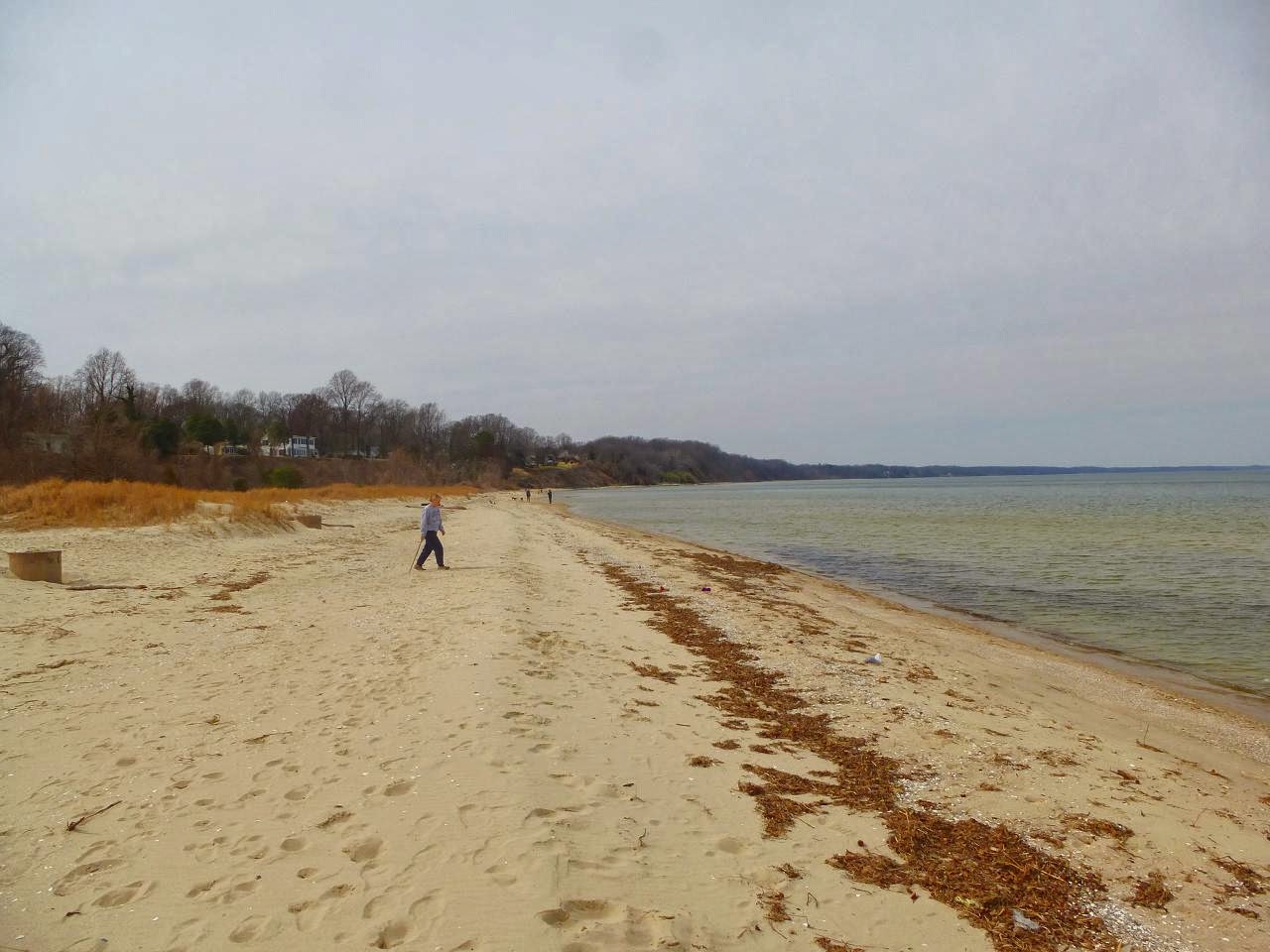 Yesterday we managed to get to the beach later in the afternoon, after the plumber finished fixing our ice split water line.  Despite being cloudy, yesterday was the warmest day since fall, peaking out at 73F. 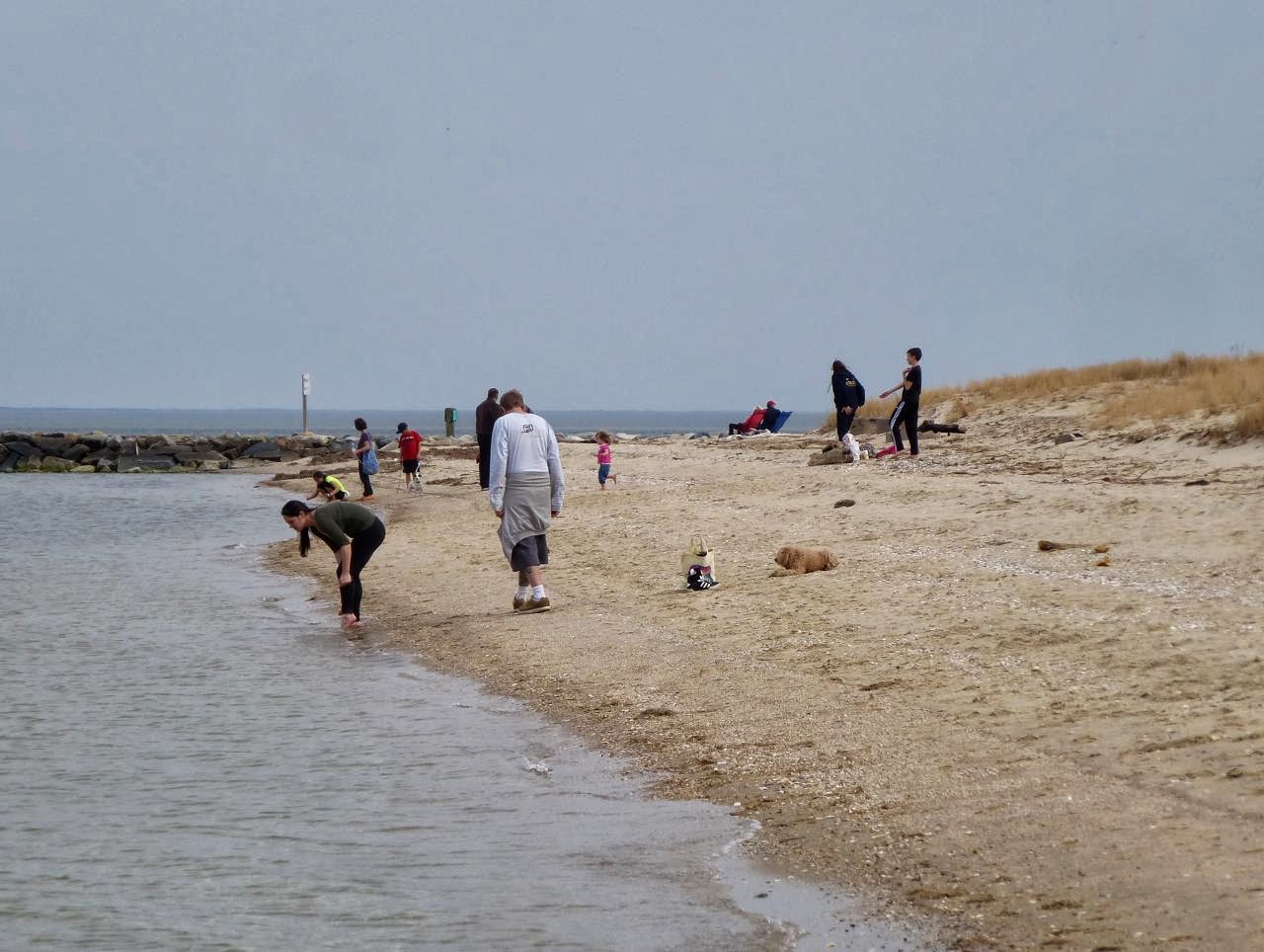 We found some 41 teeth, bringing March up into the respectable column. The weather had lots of people out, walking, looking for teeth, exercising the dog. 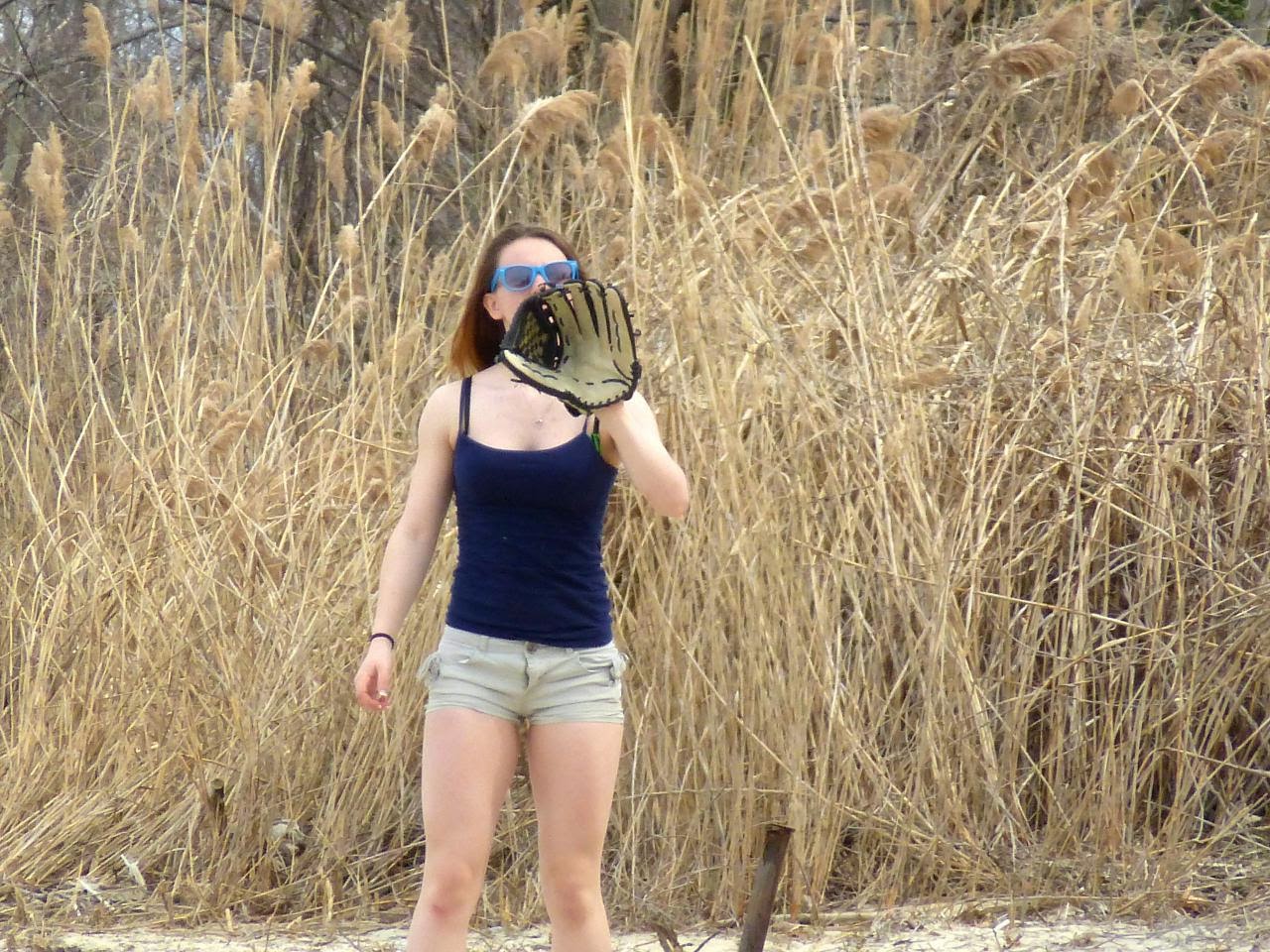 Or even playing catch. 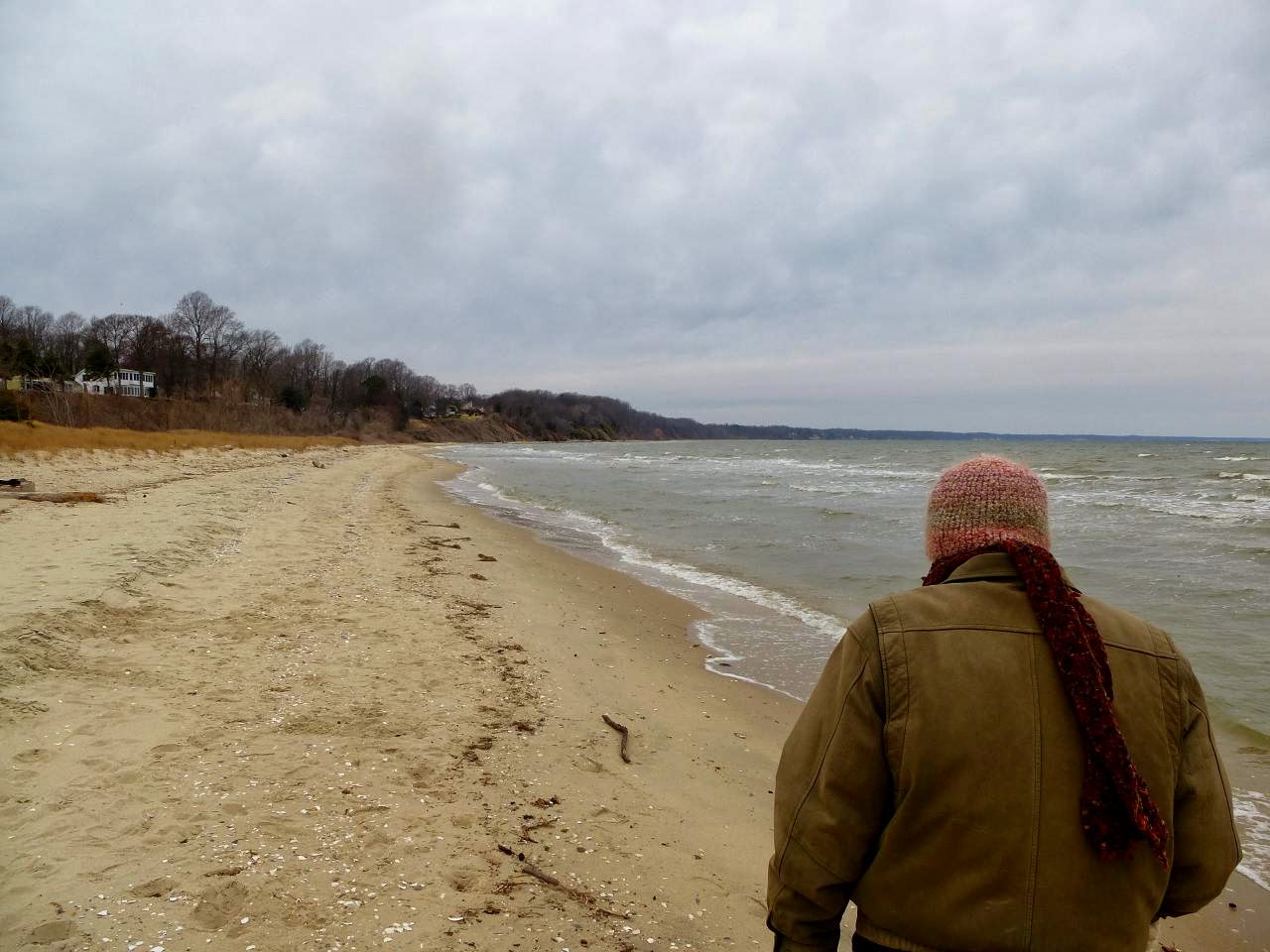 A different story today.  The clouds are heavier, and the temperatures 40 and declining.  We're expecting some moderately ugly weather, a coastal storm on Monday/Tuesday, so this is just the earth's way of getting it cold enough to have a chance of snow. 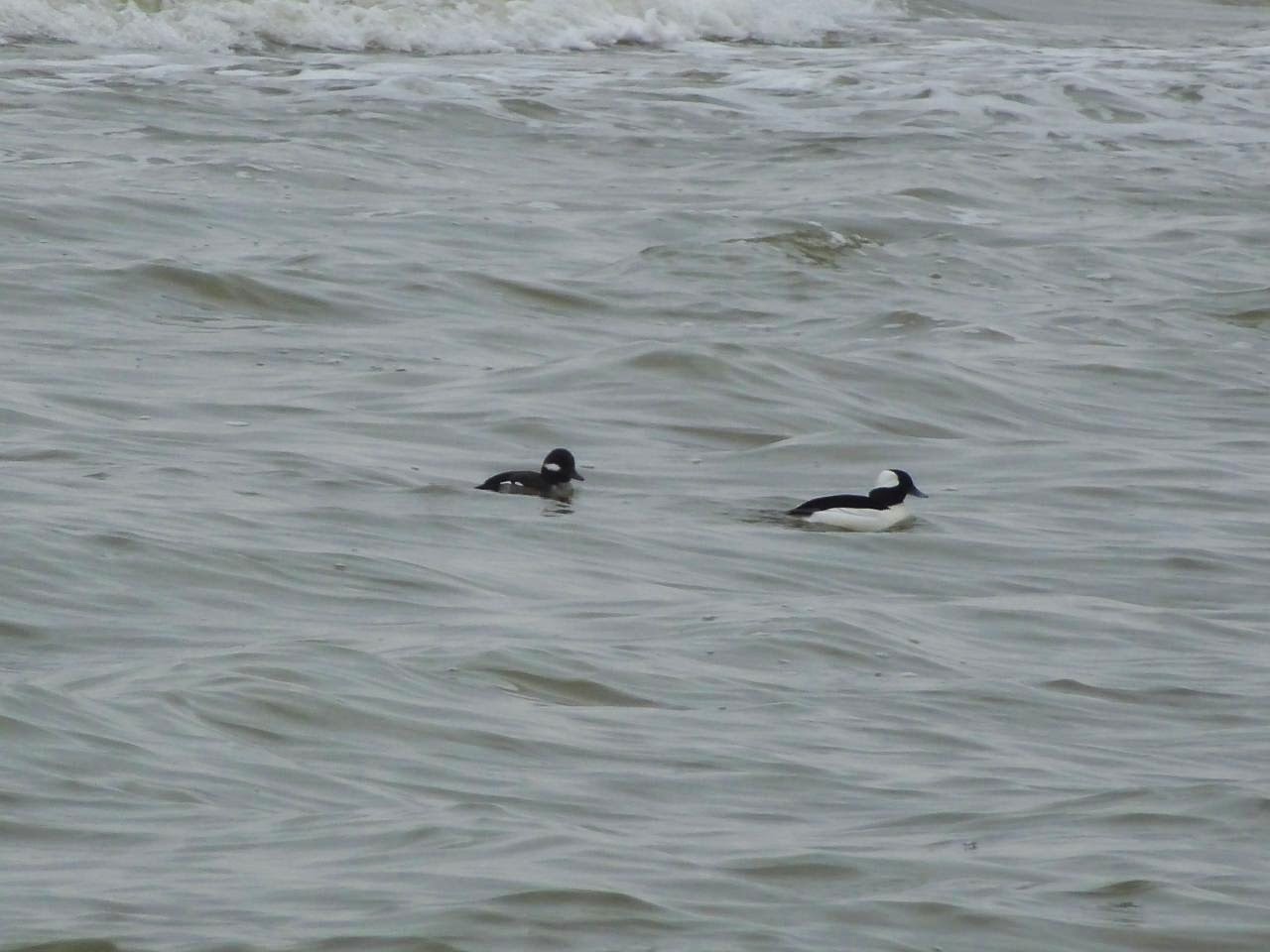 Buffleheads are still here.  There were three playing in the surf today, two males and a female. The two males were clearly fighting over the female, with one (pictured) staying close to her, except to try and drive off his rival. 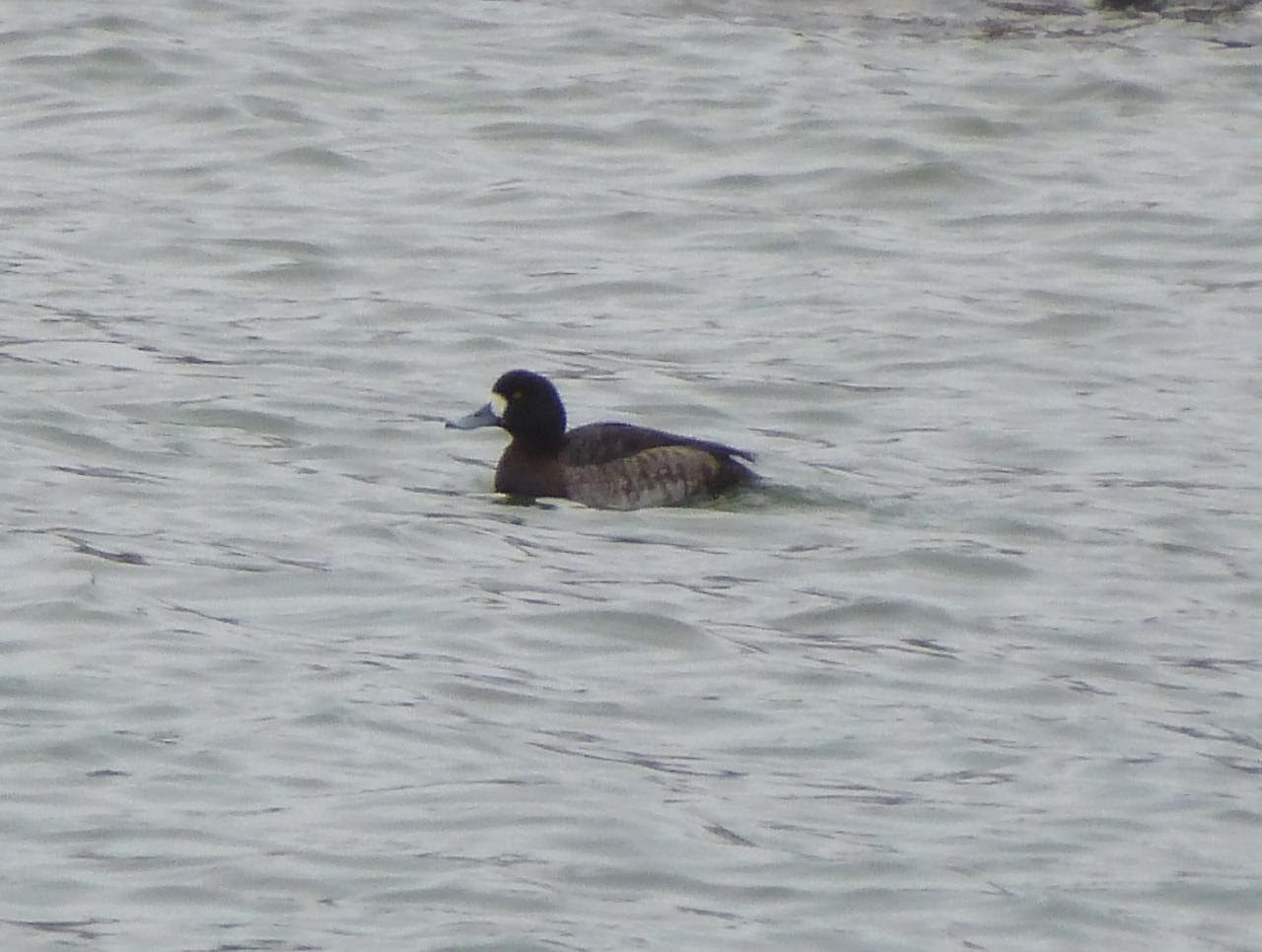 The Scaup are still around... 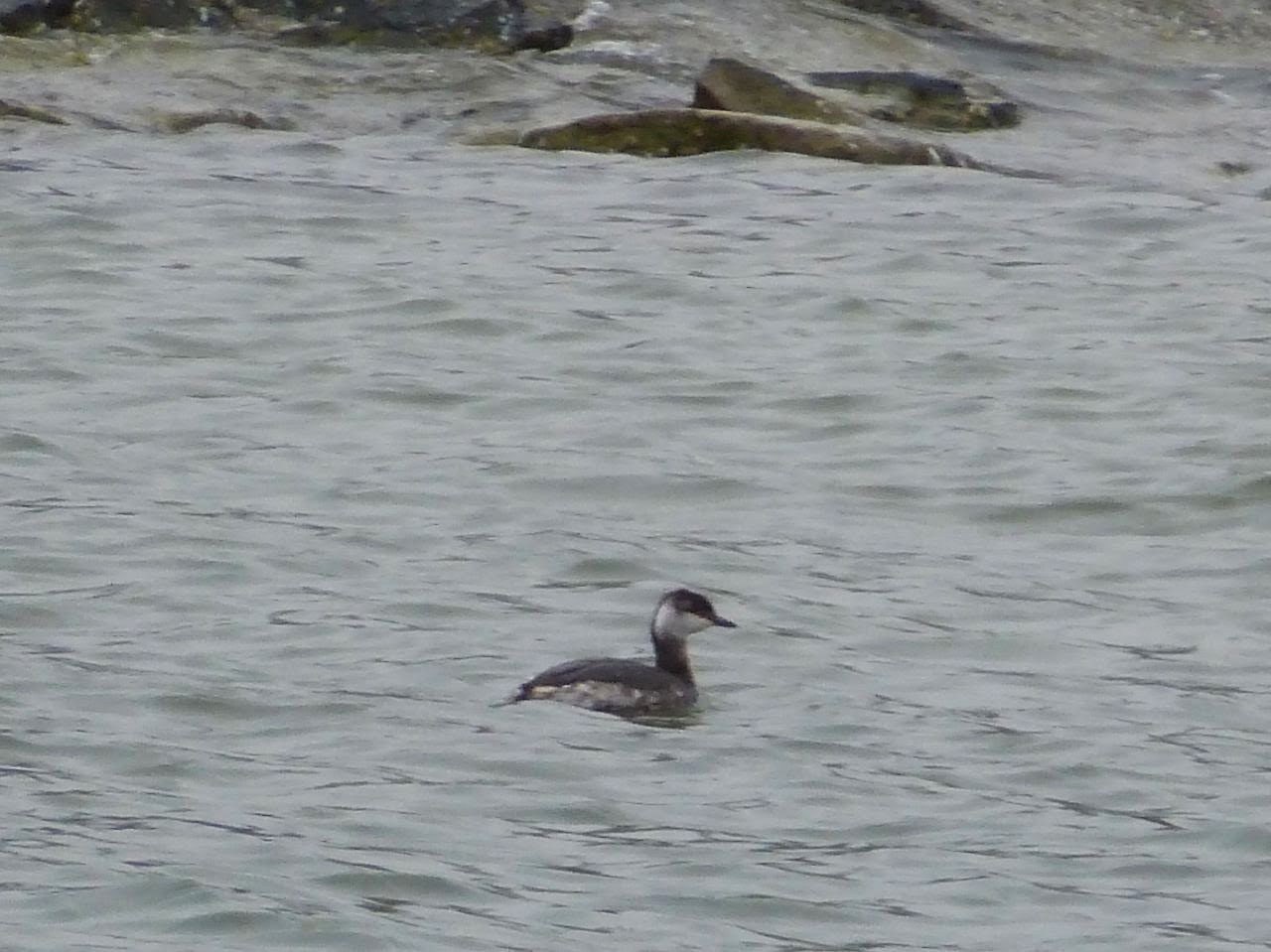 As is the little Grebe.  We had a flyover from an Osprey, but alas, no photo
Posted by Fritz at 2:08 PM