France Runs Out Of Other People's Money


Back in January, Socialist French President Francois Hollande promised to turn the disastrously foundering ship that is the French economy around, apparently having realized that his erstwhile agenda of taxing the heck out of businesses and millionaires wasn't going anywhere, by instead instituting tax cuts for businesses that the government hoped would boost the country’s competitiveness. Those tax cuts have yet to materialized, and in February, France’s unemployment rate again ticked upward — which was announced just in time for municipal elections this week. They didn’t go too well for the Socialists, as you might imagine. Via the Financial Times:


French President François Hollande is expected to launch a rapid shake-up of his Socialist government following a second defeat in local elections on Sunday, with big gains for the main opposition UMP party and far-right National Front. …
The main winner of the night was the centre-right UMP, party of former president Nicolas Sarkozy. It was set to gain more than 100 municipalities, capturing a majority of larger towns from the ruling party, including Toulouse, Reims, Angers and St Etienne.

And you know what that means, don't you? 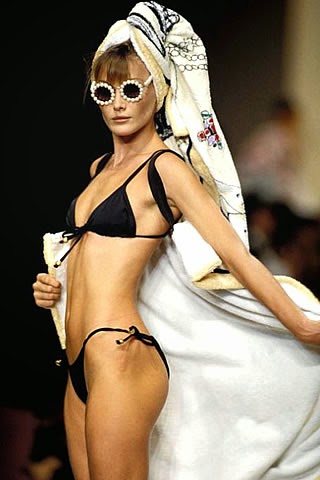 Wombat-socho has the the long awaited, post tax day, triple stuffed  edition of "Rule 5 Sunday: Ricochet" up at The Other McCain.