Or, at least he plays a corrupt pol on TV: 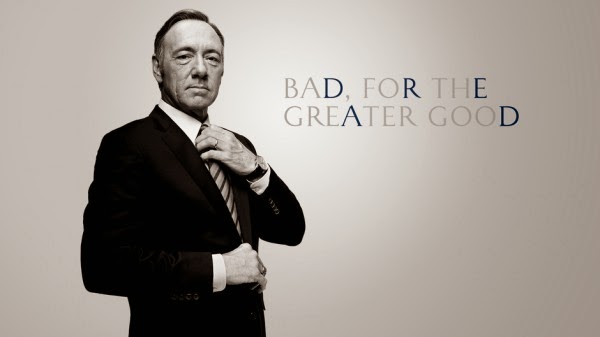 The visit follows a recent Senate vote to increase the amount the state can spend on tax credits rewarding production companies that choose to film in Maryland from $11 million to $18.5 million.

The “House of Cards” production company sent letters to Michael Busch, D-Anne Arundel, and Democratic Gov. Martin O’Malley threatening to film elsewhere if the tax credits were not increased. The show takes place in Washington, D.C., but much of the show is filmed in and around Baltimore.

“It’s business. [The production company] is trying to get the most they can get for their company and to make it productive for them to be here and advantageous so I can’t say I blame them,” said state Senator Nancy Jacobs, R-Cecil/Hartford.

Looks like bipartisan folly to me. Just say "No!" to Hollywood tax cuts.
Posted by Fritz at 4:12 PM