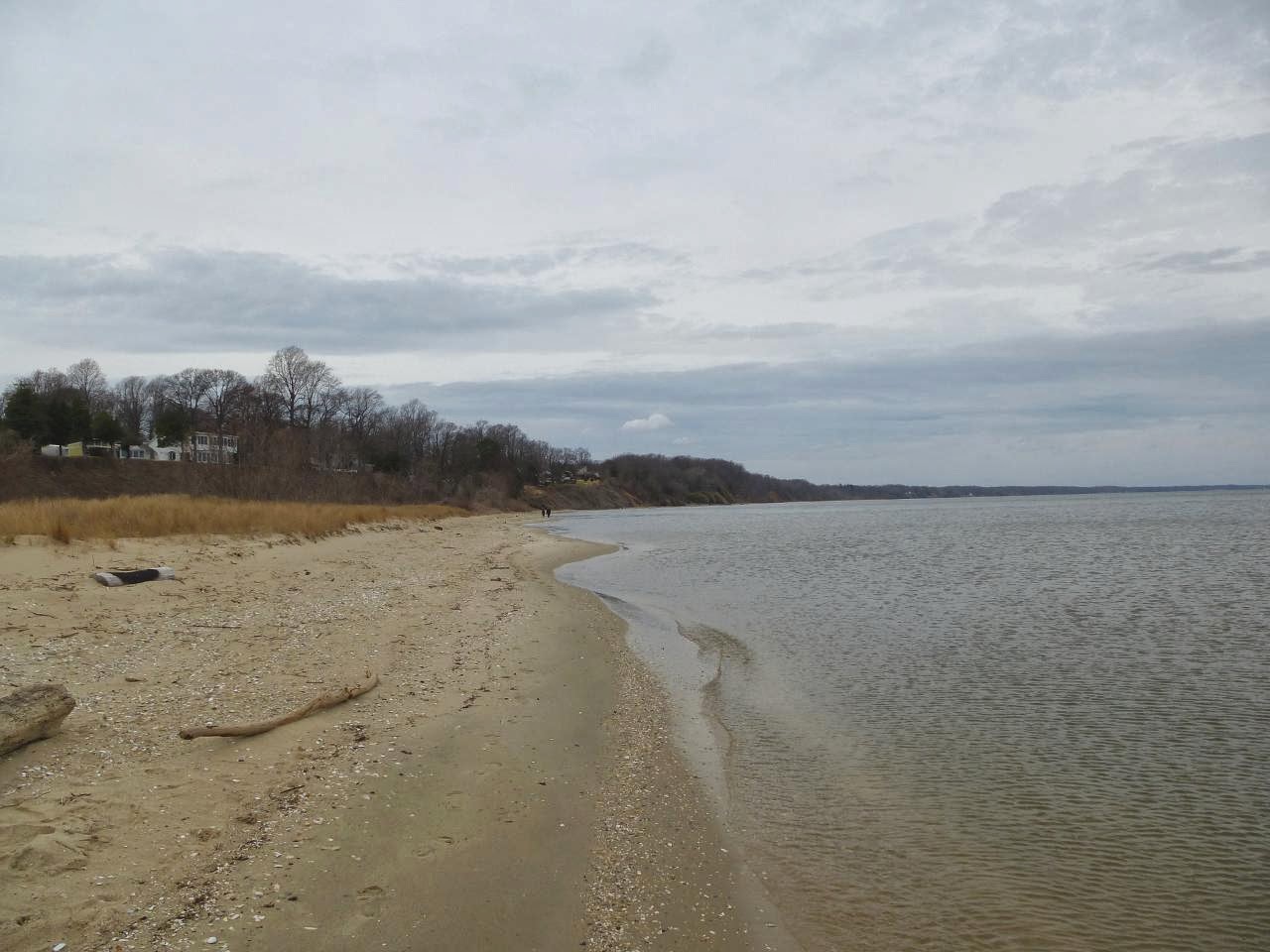 It's no secret to anyone that this has been the coldest winter in the United States in 100 years. But even so, March was remarkable in the deep cold, and frequent snows that we had here in Slower Maryland.  We finally seem to be free of the weekly snow pattern, just to get stuck in a new rainy pattern.  We had rain most of the last three days, but we managed a little time on the beach each day anyway. 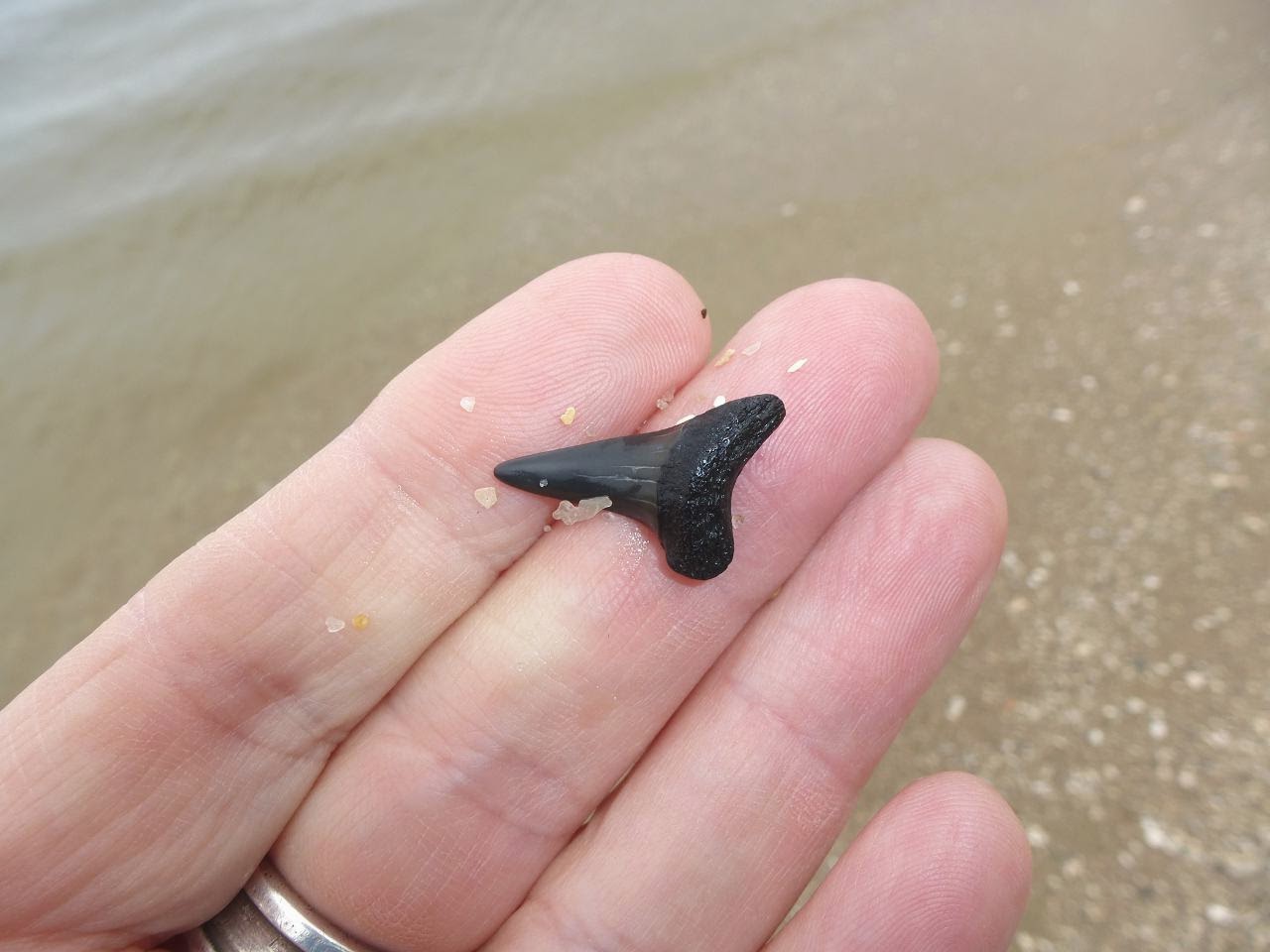 Friday was the best of the days.  Mild temperatures and calm, but still cloudy and on and off rain.  We even managed a few sharks teeth despite the high tide. 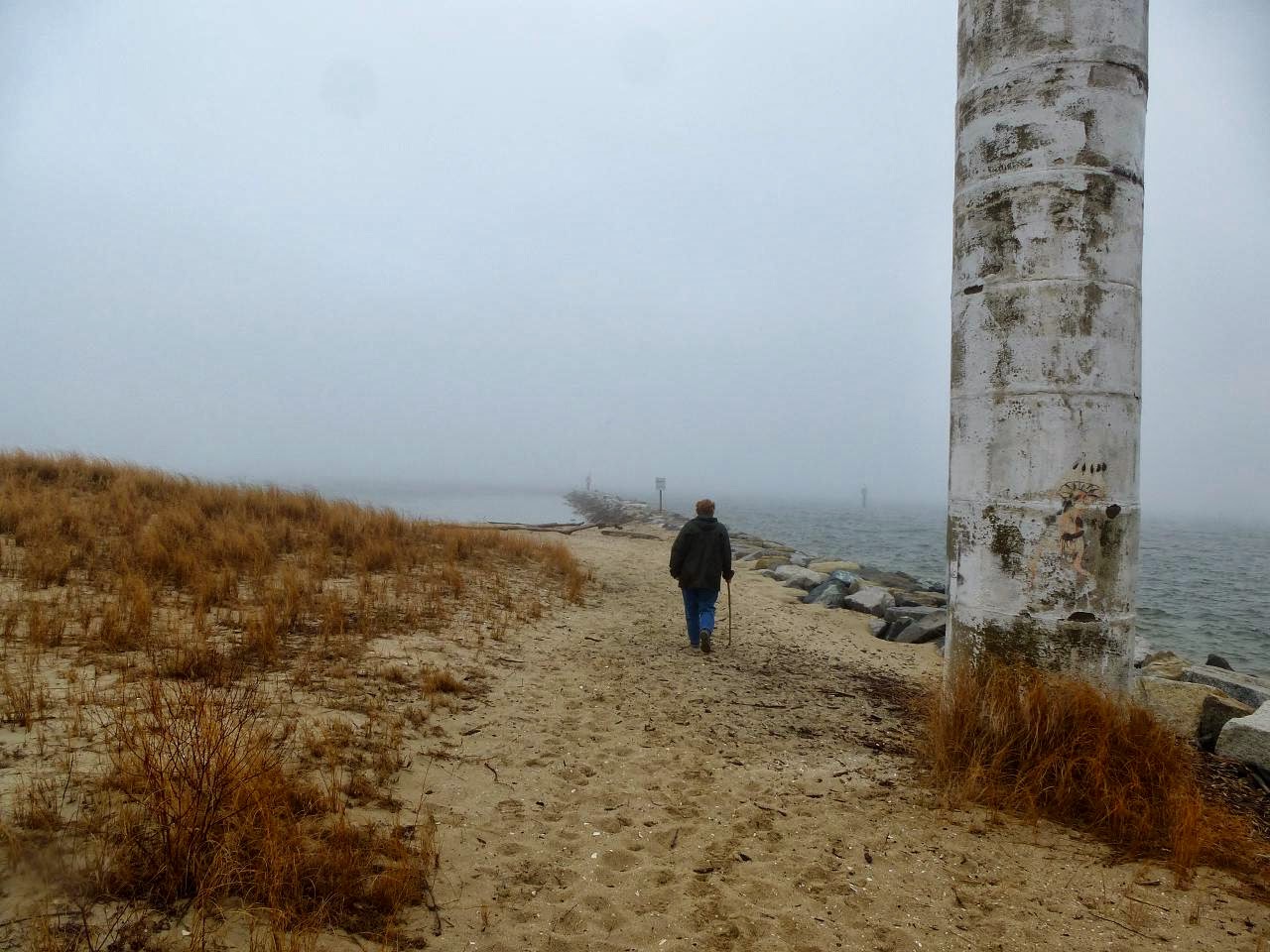 Saturday was cooler, and foggy, thick pea soup foggy, hiding the end of the jetty foggy.  We planned to walk in a gap in the rain that we saw on the radar, but overstayed our hole while we talked to some friends we hadn't seen in a while, and had to walk half the beach back in the rain. 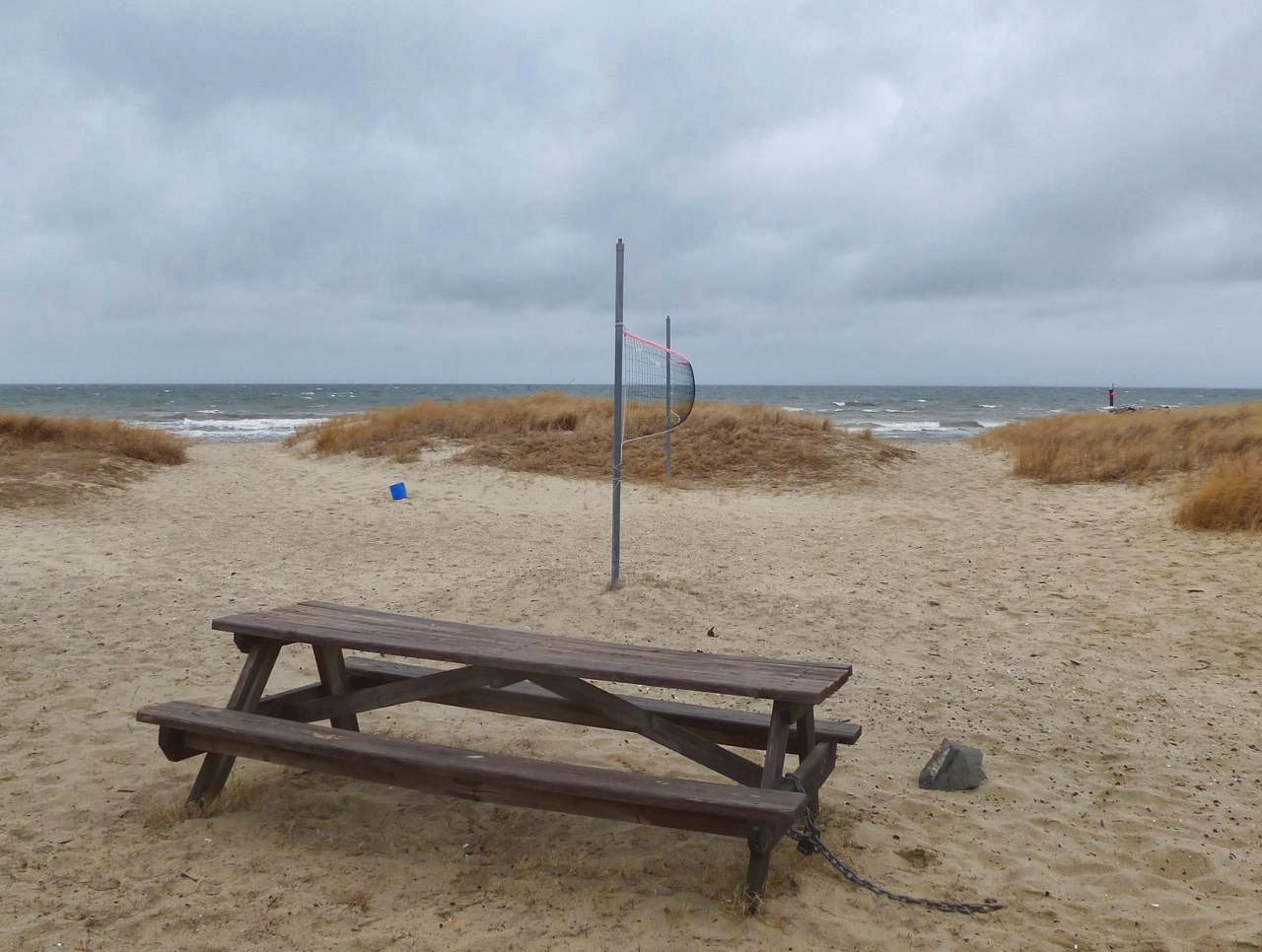 Today is even cooler, near 50, with intermittent rain, but the real story is the winds 30 knots, gusting to 40 from the NE.  You can see the billow in the volleyball net. 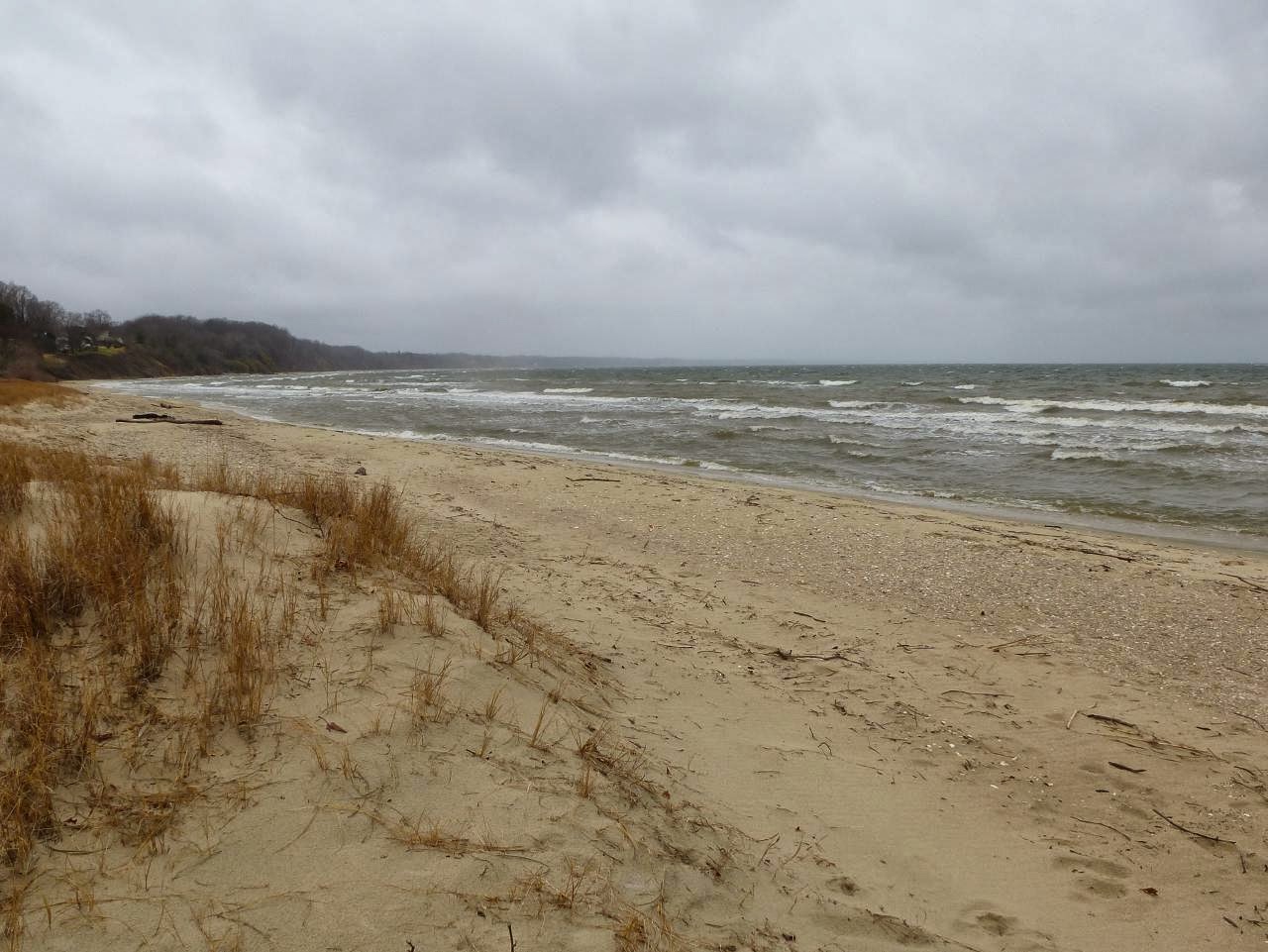 And the ranks of waves.  Our waves aren't usually huge; the shallow depth and short fetch in the Bay makes it very hard to build big waves, but this pretty choppy looking.  Even Pete stayed home from fishing.


An interesting animated gif of the todays weather system.  Looks a little like a small tropical storm with us in the clear "eye"