Opting out of vaccinations could get tougher in California

The re-emergence of some vaccine-preventable diseases has prompted the California legislature to consider a bill that would make it more difficult for parents to opt out of vaccinating their kids.

The legislation would require that parents get counseling from a doctor before opting out of immunizations for their children. 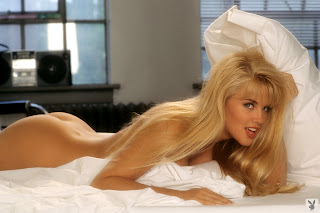 The reason I blame Jenny is because she has become an activist against vaccinations.   Her war on vaccinations began when her son Evan was diagnosed (possibly erroneously) with autism in 2005.  She became convinced by now debunked studies that her son's condition was caused by the mercury compound, thimerosal, used to preserve vaccines.  Using her status as a celebrity (Playmate and star of a sitcom) she helped popularize this point of view. 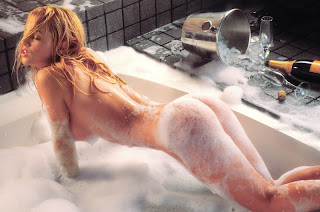 As a result, in 2008, she was awarded the 2008 Pigasus Award for Psuedoscience, by the James Randi educational foundation, for the 'Performer Who Has Fooled The Greatest Number of People with The Least Amount of Effort'.


Last year, the United States saw its highest number of reported measles cases in 15 years, even though the disease was eliminated from the country in 2000, according to the Centers for Disease Control and Prevention.

One theory behind this rise, according to Dr. Richard Pan, the state assemblyman who introduced the bill, is that the recent trend away from immunizing children. That's why he wants to make it more difficult to bypass vaccine requirements in his state.

Remember, there are only two or three reasons to pay attention to Jenny McCarthy (NSFW link). 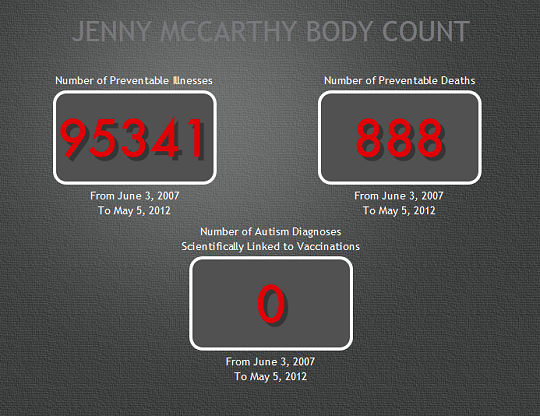 As always, thanks to Wombat-Socho for including this (and the others) in Rule 5 Sunday "Train in Vain" at The Other McCain.
Posted by Fritz at 6:00 AM