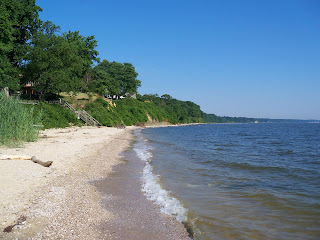 A pretty nice day at the beach again, but the heat and humidity are trying to creep back in. 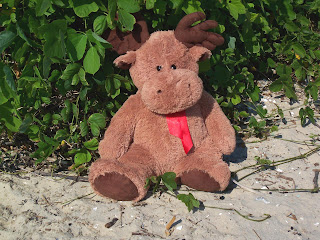 We had a visitor from the north on the beach today. 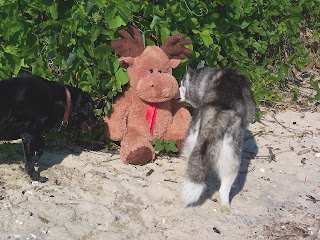 Skye and Red checked him out, and pronounced him safe.  Red even tried to invite him off for a swim, but we decided to keep him dry in case some kid came back for him. 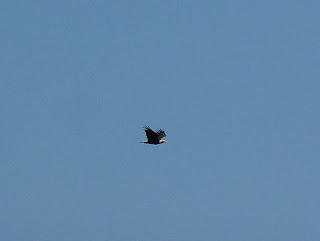 The Ospreys were not as pervasive today; I saw a couple a a distance, but this eagle was out hunting, which might discourage the Ospreys, since an eagle would rather steal from Ospreys than do it's own work any day.  There's a lesson there... 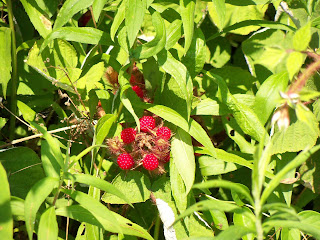 It's the height of Wineberry season.  Wineberry (Rubus phoenicolasius), is a raspberry native to Asia, which has become a widespread invasive in the US.  They like road edges, and disturbed areas like the cliffs.  They're edible, and good, but not really as good as regular raspberries. 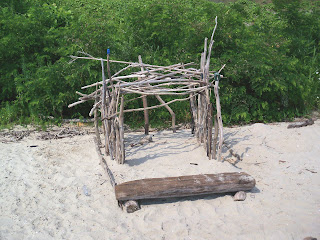 An unusually elaborate driftwood structure.  A sun shelter (throw a blanket over it and it becomes shade)?  Or a fake jail? 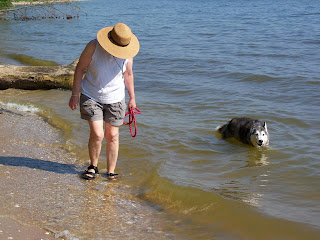 The girls dipping their toes, and more, in the water.  Fossil collecting was slow, but slightly better than yesterday; nothing picture worthy, however. 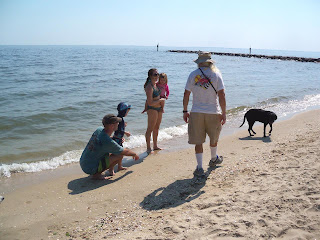 Joel and Red discuss dogs with a family down at the beach.
Posted by Fritz at 12:45 PM