Wildlife camera catches Austrian politician having sex in the woods

An Austrian politician is in line to get up to £16,000 in compensation after a hidden camera used for snapping wildlife photographed him having sexual intercourse in a forest. The politician, who has not been named, will get the money if a court rules the photographs violated his privacy.

Carefully concealed, placed well away from areas frequented by people and packing motion sensors the camera was designed to record the wildlife of the forest in the Austrian region of Carinthia. Infrared technology also gives it the ability to shoot in the dark but instead of deer and other grazing animals the camera caught the politician’s physical liaison.

Legal experts said the camera contravenes Austrian laws restricting the use of surveillance cameras. Hans Zeger, president of Argen Daten, an NGO specialising in data protection, said official permission was needed to place the camera, and “at the very least is should have been marked with signs so visitors could adjust their behaviour and avoid the monitored areas.”

But the Carinthia Hunting Society, the organisation which placed the camera, defended the use of the spying equipment. “I cannot say for sure how many cameras are in operation in forests in Carinthia as they do not have to be registered to us,” said Freydis Burgstaller-Gredenegger, the society’s manager. “We have never had any problems with the cameras up until now.”

What I'm curious about is how the politician found out he was on candid camera.  And whether they have any other good footage... 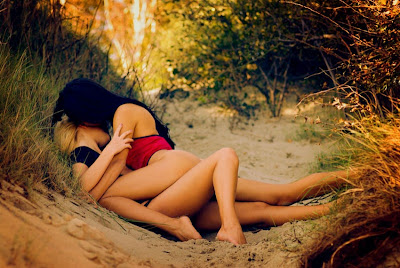