Wolves maul a woman to death at a zoo in Sweden

Eight of the wolves are thought to have surrounded and attacked the woman, who was in her 30s. Her body was found by a colleague — but the snarling pack would not let anyone near her. Eventually brave zoo workers formed a human chain and rushed the wolves, forcing them back.

Jan Tengeborg, who organised the attempt to recover the body, said: “We couldn’t get into the enclosure because the wolves clearly did not want us in there. You can’t just walk right into a wolf pack.”

No one witnessed the attack so it is not yet clear exactly what triggered it. The dead woman has not been named. The same pack attacked TV naturalist Arne Weise when Kolmarden Wildlife Park opened in Braviken Bay, Sweden, in 2007. He said yesterday: “We have to stop interacting so closely with wolves. It is wrong, the risk is too great. We must recognise they are dangerous animals.”

Yep, wolves are dangerous.  They're not dogs.  They have their own ideas about how the world is supposed to work, and people don't have an important place in it.  It took strong, brave, and patient people to turn wolves into dogs: 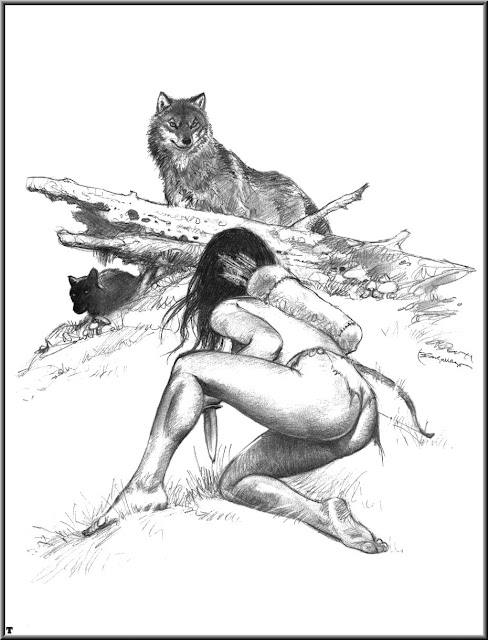 As always, thanks to Wombat-Socho for his "Rule 5 Sunday: Away from Home" linkerage.
Posted by Fritz at 6:00 AM