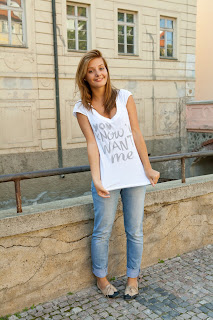 Singles try to sniff out love at pheromone parties

Sniff your way to love? Singles who have attended so-called pheromone parties haven't ruled it out.

The get-togethers — which have been held in New York and Los Angeles and are planned for other cities — ask guests to submit a slept-in T-shirt that will be smelled by other participants.

Then, voila! You can pick your partner based on scent, of so the theory goes.


The parties started out as an experimental matchmaking fest by a California woman weary of online dating, but it turns out they also have a root in science. Researchers have shown that humans can use scent to sort out genetic combinations that could lead to weaker offspring.

At a dimly-lit art gallery in Los Angeles on a recent night, partygoers huddled around several tables covered with plastic freezer bags stuffed with shirts and an index card bearing a number. Once they found one they liked, a photographer snapped a picture of them holding the bag and projected it onto a wall so the shirt's rightful owner could step forward and meet his or her odor's admirer.

I'm sure human pheromones exist, but given our relative cleanliness compared to our fore-bearers, it would seem unlikely that they are important drivers of our behavior currently.  Since pheromones are not so much designed to be smelled as responded to, it's unlikely that the good smells people are reporting in sweaty shirts are truly pheromones.  Moreover, the human does not appear to be well equipped by nature to detect them:


Pheromones have evolved in all animal phyla, to signal sex and dominance status, and are responsible for stereotypical social and sexual behaviour among members of the same species. In mammals, these chemical signals are believed to be detected primarily by the vomeronasal organ (VNO), a chemosensory organ located at the base of the nasal septum. The VNO is present in most amphibia, reptiles, and non-primate mammals but is absent in birds, adult catarrhine monkeys, and apes. An active role for the human VNO in the detection of pheromones is disputed; the VNO is clearly present in the foetus but appears to be atrophied or absent in adults.

But no other system of finding prospective mates seems to be particularly flawless, so if it makes for a good party, go for it!

Picked up in midweek by the Classical Liberal in "Rule 5 Forever". Wombat-Socho checked in early this week with The Other McCain's Rule 5 list "Exile on Duke Street."
Posted by Fritz at 10:04 PM