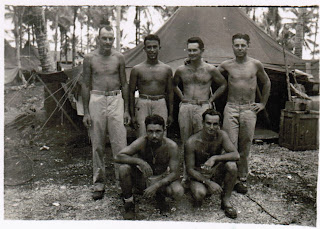 A few days ago, I did a post on Georgia's father, Vince, in anticipation of Father's day.  I had all the best intentions to do a few posts between then and now, but, well, life intervened.  Today I got back to it.

That's Vince in the lower left.  I don't know where, the photo is unannotated. 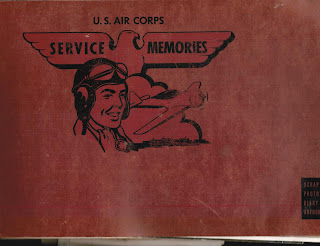 I gave a bit of misinformation in my last post, when I said that Vince enlisted in the Army air Corps after Pearl Harbor.  When Vince enlisted he was given this diary to write in, and he did, more or less faithfully.  According to the diary he actually enlisted on June 2, 1941, with a note on June 5 that says:


I'm really in the Army now. 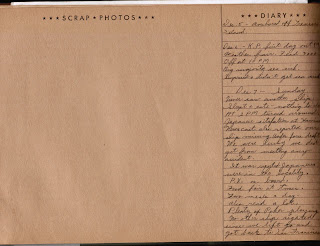 At some point, Georgia and I intend to scan and record this diary.  For the most part, Vince's hand writing was very readable, a skill that tends to have been lost to many of us.  I suspect he went to Catholic school and listened to the nuns...

Vince became the crew chief for a fighter.  He appears to have been stationed in several places, including Fiji and Guadalcanal. 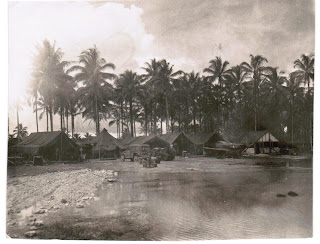 The scrapbook is full of photos, in various states of disrepair.  I have scanned a few with Georgia's permission.

I assume this one is one of the places he was stationed.  Fiji perhaps? 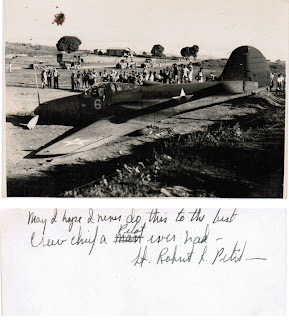 A photo of a P39 after a less than perfect landing.  The note on the back appears to be from his pilot: 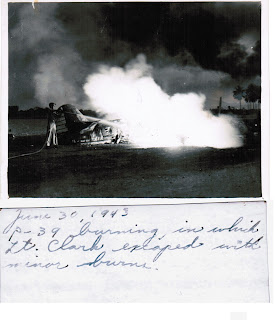 Some landings were more successful than others...

P-39 burning in which Lt. Clark exploded with minor burns. 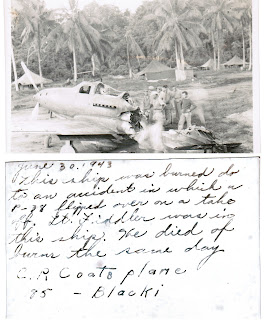 Piloting in WW was a tough business:

This ship was burned do (sic) to an accident in which a P-38 flipped over on take off. Lt Fiddler was in this ship. He died of burns the same day 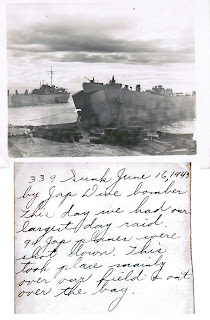 And while it was probably safer to stay on the ground, it was not really safe:


Early this morning we were bombed and things  tear loose.  Bombs dropped within a quarter mile.  L.S.T at dock

No more entries, although there's still more room.  Did he quit writing, or did he get sent home?  We don't know...

Another section lists his duty stations:

We do know, of course, that he did come home, married Kate McNaughton, and went on to have two daughters, Mary and Georgia.

More later when I get around to it.