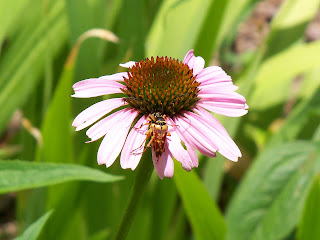 I took a brief pass around the garden with the camera.  I was inspired by a few insects.  Here we have a pair of some kind of beetles, pollinating the flowers, and themselves at the same time.  Multitasking! 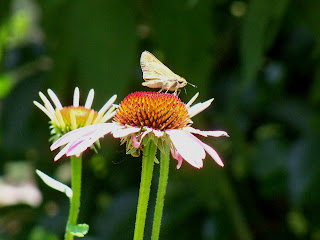 
A skipper or skipper butterfly is a butterfly of the family Hesperiidae. They are named after their quick, darting flight habits. There are more than 3500 recognized species of skippers and they occur worldwide, but with the greatest diversity in the Neotropical regions of Central and South America 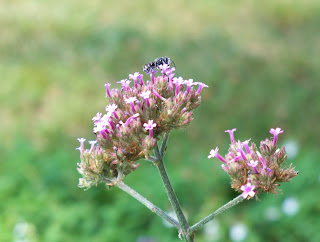 A small native bee, presumably pollinating the flower.  We don't see many Honey Bees any more, probably due to colony collapse disorder, but there seem to be a lot more bumble bees and small native bees of various sorts.  I think the doom predicted with the loss of Honey Bees has been exaggerated. 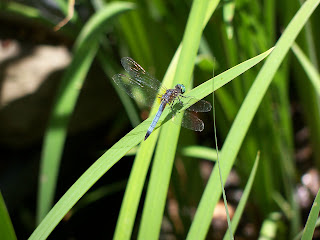 I spotted this dragon fly over the pond.  In this photo it's sitting on a blade of Blue Flag Iris.  It was a pretty cooperative subject for photography, allowing me to get pretty close, and take several tries. 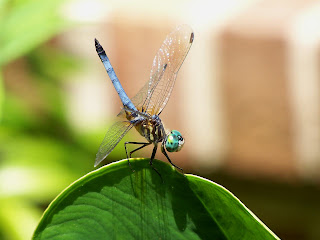 It tool off at one point, and set back down on our Elephant Ears. It took a pretty interesting pose, with its wings tilted oddly.  I wonder if that was meant as a threat display?

Definitely click on this one to see it enlarged.

Another blogger got a pretty good picture of what looks like the same species.
Posted by Fritz at 8:19 PM