If You Want a Woman 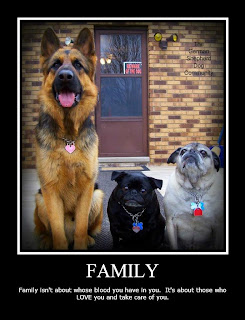 Get a dog first.


... while women are vaguely suspicious of men who own cats, they love men who own dogs. Cats can be left alone for weeks at a time but dogs, much like showing up at a friend's wedding in a rented tux, reek of commitment.

That's right.  You can abandon a cat for a weekend with a pile of food, some water, and a fresh litter box, or toss it out and let it live on lizards and robins, but to take on a dog implies stability.  While it will always be there for you, you have be there for it, too. 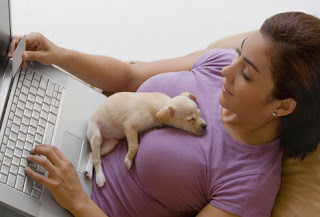 I know that is a rather vague thing to say for a science site. Even Dr. Oz could give advice like 'get a dog'. You expect more from Science 2.0, like what kind of dog best increases your chances of finding a mate. So I did 5 seconds of research to obtain that answer, namely clicking on a link Alex Berezow of RealClearScience sent me because he seems to think he can find something so ridiculous even I will not write about it.(2)

We're having a very doggy weekend here.  Alex and Kelly are down from Pittsburgh, with their "little dog" Hendrix, and it all just reeks of domestic... well tranquility isn't quite it.

Because people can get a little weird about their pets, a company called Klooff created a phone application that allows them to create profiles for their critters, upload pet photos and even "interact" with other owners. You know what 'interact' really means; weekend hook-ups.

So they did what all smart companies do; they found out what dogs will get you a date. Their survey was, they say, representative of 1,000 pet owners and non-owners. The average age of respondents was 18-33 (which tells you they do not know what an 'average' actually is), and they included gay and straight people. 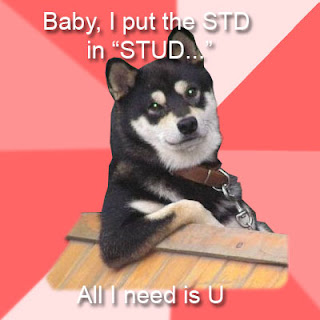 The cat is, quite literally, out of the bag.

Want to send the message that you are a perfect one night stand but she shouldn't get too attached? Borrow a bulldog and head to the doggie park. Boxers and rottweilers work well here also.

Want to look like relationship material? A man with a golden retriever is 10X more likely to be perceived as boyfriend-ish than apparently he would be if he owned a pit bull.

Want a baby mama? Get a Labrador retriever. And a good lawyer. 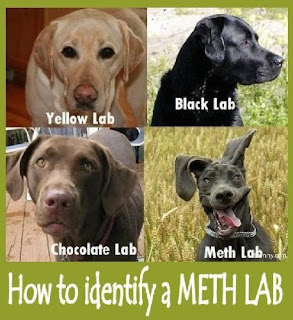 Women too, can send messages with their choice of dog:


Women were not excluded from getting some advice. 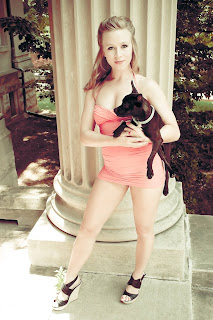 Hence, the poodle skirt.  Who knew it was advertising?


Don't have any friends with the dogs I have already mentioned? Here is the top 5 list. If you don't have a friend with one of these dogs, you probably own a cat and deserve to be alone.

Women, if you want to attract men, get those top two, or throw in a beagle, a poodle and a chihuahua, because apparently you think more of men than they think of you. 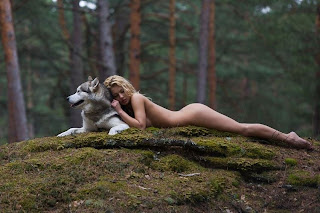 I'm shocked that Siberians aren't higher on the list...  Most of the dog pictures on Reddit are Sibes.

Now, I'm not going to promise you you'll get one like the bitch on the left, but it can't hurt...

And if you don't get her, the dog will keep you warm at night.

DaleyGator picked this up in their list of Rule 5 posts "Leah Dizon takes you around the Rule 5 world."  And as always, thanks to Wombat-Socho for his "Rule 5 Sunday: Away from Home" linkerage.
Posted by Fritz at 7:29 AM