Last year, we were all shocked, shocked when the manliest and most heroic European leader of recent time, Silvio Berlusconi, Prime Minister of Italy, was forced from office, after numerous sex scandals, and running running the country into near bancruptcy.  Since then, Europe has gone straight down hill, you must agree, even forcing the husband of heiress, super model and rockstar Carla Bruni from office in France! 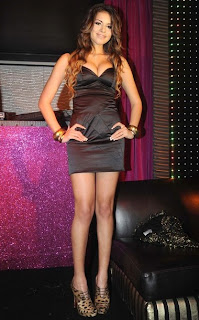 But now, good news! Silvio is planning to come back!


He may have been jeered from office last year. He may be on trial accused of paying for sex with a 17-year-old girl. And last week a prosecutor in Milan asked for him to be locked up in jail for three years and eight months for allegedly shady business practices.

Karima el Mahroug: Silvio Berlusconi, former Prime Minister of Italy, is accused of paying Moroccan nightclub dancer Karima El Mahroug – also known by the stage name Ruby Rubacuori (Italian for "Ruby Heartstealer") – for sexual services between February and May 2010 when she was under the age of 18 and, still more seriously under Italian law, for abuse of office (It. concussione) relating to her release from detention.


But this weekend, Italy was abuzz with speculation that Silvio Berlusconi is planning a comeback – and could return to lead the right into an early general election, perhaps as standard-bearer of a party bent on withdrawing Italy from the euro. 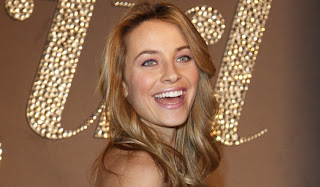 Barbara Matera: A former Miss Italy contestant and soap actress who, despite being a political novice of only 27, was the only one of Berlusconi's original line-up of potential MEPs to actually get elected this summer.


The media tycoon gave his clearest indication yet that he is planning a return at the end of last week, when he told an audience of young rightwingers: "I'm working on solutions. I'm still here." And then, as if speaking from a campaign platform, he added: "Give me 51% [of the votes]."

His cry brought his audience to their feet, chanting: "Silvio, Silvio." Speaking as if he had already taken back the leadership of the Freedom People, the movement he founded in 2007, Berlusconi said he intended to change its name and ensure that half its candidates at the next election were women. 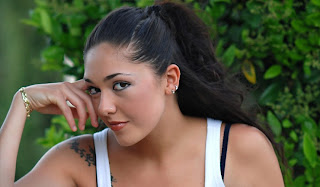 Barbara Montereal: A 23-year-old who visited Berlusconi's villas in Rome and Sardinia along with Patrizia D'Addario, and says that, although she didn't sleep with him, the Italian Prime Minister gave her presents of "rings and necklaces that he said he designed" and a CD of Neapolitan love songs.


It was the latest in a succession of interventions that have Italy's political class wondering about a Berlusconi comeback in a more eurosceptic guise. The former prime minister recently warned that Germany "should get out of the euro, or others will do so". Last week, he said that regaining its own currency would have advantages for an export-led economy such as Italy's.

It's all a far cry from Berlusconi's ignominious exit last November, when, having governed Italy for eight of the previous 10 years, he handed in his resignation to the strains of "hallelujah" from a crowd outside the presidential palace. 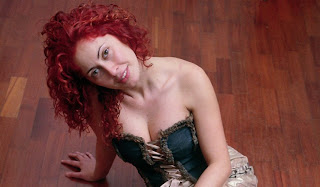 Angela Sozio: A former Italian Big Brother contestant who two years ago joined a group of soap actresses and TV showgirls for a party at Berlusconi's holiday villa in Sardinia. She was photographed sitting on his lap. Now 36, she once featured in an Oggi magazine article titled 'Berlusconi's Harem'.


By then, a flood of leaked claims about his "bunga bunga" parties, including allegations of half-naked showgirls dressed up as nuns and policewomen, had turned the billionaire politician into a figure of international ridicule. In the final weeks of his leadership, fellow EU leaders made strenuous efforts to avoid being photographed with him, and almost his only high-level friendship was an intensely controversial one with Russia's leader, Vladimir Putin. 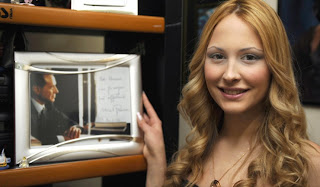 Noemi Letizia: The aspiring 18-year-old model from Naples who affectionately calls Berlusconi 'Papi' and received a €6,000 gold and diamond necklace from him for her birthday. Berlusconi's friendship with Letizia, who he claims is simply the daughter of old friends, was the last straw for his wife Veronica Lario, leading her to commence divorce proceedings.


Berlusconi's party still has the votes in parliament to bring down the unelected technocratic government led by Mario Monti. A snap vote in the autumn would have effects far beyond Italy, because it would bring down the curtain on Monti and his team, put into office last November to pass unpopular measures demanded by Italy's eurozone partners that Berlusconi's government had been reluctant to introduce. Their fall would almost certainly plunge the euro into renewed crisis. 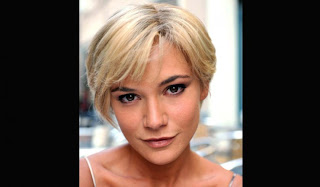 Camilla Ferranti: A trained ballerina best known for her role in 'Incantesimo'. Berlusconi once allegedly telephoned the director of a state TV channel to ask him to give her the lead role in a drama. Though she was on the initial list of candidates for the European Parliament, Ferranti, 30, didn't make the final selection.


The yield on Italian government bonds – a benchmark indicator that moves in the opposite direction to confidence in an economy – has been creeping higher since mid-March, though the rate dipped last week to close on Friday night at 5.77%. Berlusconi said the rise in Italy's borrowing costs showed that, since he left office, "the situation has not changed".

Wombat-Socho checked in early this week with The Other McCain's Rule 5 list "Exile on Duke Street".
Posted by Fritz at 6:00 AM