Father's Day at the Beach 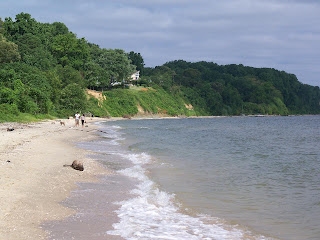 We had a chance to get down to the beach this morning before Alex and Kelly had to leave to go back to Pittsburgh.

The sky was overcast when we started, but breaking up, and hence the photos show the sky in several colors ranging from gray to blue. 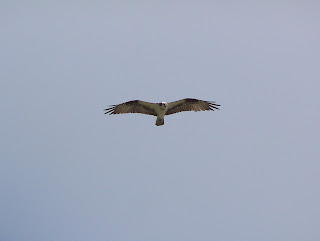 The raptors (and scavengers) were out in force today.  We saw several Osprey overhead... 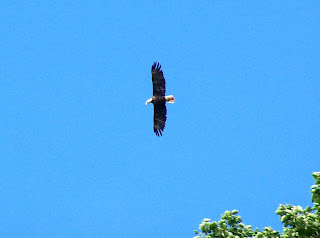 And at least two Bald Eagles, one in adult plumage (white head and tail) and one in juvenile plumage, (dark head and tail and somewhat mottled).  There was a strong whiff of dead fish around, and also numerous Turkey Vultures and Black Vultures soaring around the cliffs, although I never saw them set down to feed. 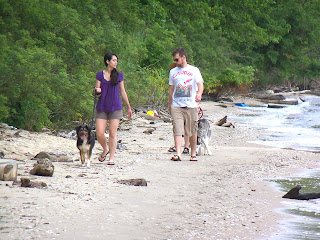 Alex, Kelly, Georgia (in back), Hendrix and Skye coming back down the beach after turning around. 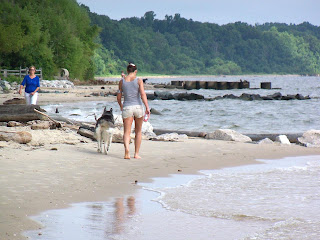 Skye threatening to desert us and walk off with some one else.  She relented. 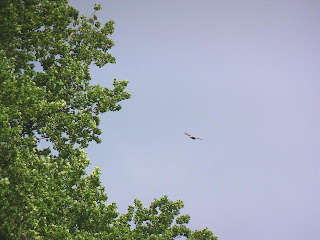 Just a final eagle shot.
Posted by Fritz at 3:41 PM