And, here we go again. Back on the subject of the Capitol incursion, and first, by way of the Wombat's In The Mailbox: 03.30.21 (Evening Edition), Don Surber says Most Capitol protesters won't be jailed. Media angry. Well, it is their perpetual state. Stacy McCain, ‘Insurrection’? Most Capitol Rioters Probably Won’t Face Prison Time

This should have been obvious from the start: Trespassing and disobeying police commands are the only charges likely to stick against most of the Trump supporters involved in the Jan. 6 riot at the U.S. Capitol. Most of them just got swept up in the excitement of the moment and certainly were not part of an “anti-government” conspiracy. This reality was obscured by a lot of prosecutorial bluster and media hype. . .

Also from the Wombat's In The Mailbox: 03.30.21 (Evening Edition), Joy Pullman at Da Fed says An FBI So Corrupt It Lets Mass Shooters Rampage Needs To Go, "While the FBI has been failing to stop terrorist attacks by known threats, it has conducted numerous political operations on behalf of Democrats. It's time to clean house." Bonchie at Red State, The Capitol 'Insurrection' Charges Are Falling Apart, and It Shows How Dumb Our Government Is Julie Kelly at Am Great,  The ‘Insurrection’ Probe Is Falling Apart "The government has created, by their own overheated hyperbole, a nearly insurmountable obstacle to proving their initial accusations in court." Insty,  MOST OF THEM WERE JUST PEOPLE IN THE PEOPLE’S HOUSE. Capt, Ed at Hot Hair,  Politico: Capitol Hill Riot Prosecution Might “Embarrass The Biden Administration” In The End. Breitbart, Report: Many ‘Unlikely’ to Face Jail Time for Capitol Riot, ‘Could Embarrass Biden Administration’

“There is a natural cycle to an event like this,” the defense attorney added. “People will say it was the end of the world, then things will calm down, and they’ll begin looking at cases back on what people actually did.”

Althouse is pleased to inform you that the WaPo Fact Checker gives Biden 4 Pinocchios for saying that the new Georgia voting law is "sick … deciding that you’re going to end voting at five o’clock when working people are just getting off work.". Capt. Ed noticed too, WaPo: Four Pinocchios To Biden For Lies About “Outrageous” Georgia Voting Reform Law. Glenn Kessler is the epitome of the broken clock. Using my system of +-2 for evaluating Glenn's grading system, I get six Pincchios, about right. Also from the Wombat's In The Mailbox: 03.30.21 (Evening Edition) The Geller Report  has  Democrats File Lawsuit Against Georgia Election Integrity Law. 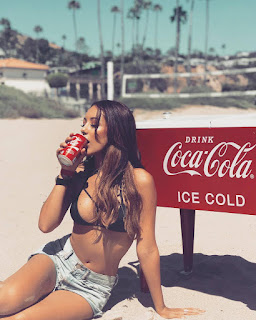 An audit of mail-in ballots cast in Montana for the 2020 presidential election reveals a host of irregularities including evidence that “one or several persons may have filled out and submitted multiple ballots” and the failure of a county elections office to provide video footage of vote-counting.

Twitchy,  BOOM x 2! Brit Hume and Mollie Hemingway NUKE both the media and Democrats with inconvenient poll on Voter ID

Speaking of the WaPoo, Paul Waldeman claims Opinion: Republicans want you to call their policies ‘racist.’ It’s part of their plan. No, but we're pretty used to it by now. Water off a duck's back. In fact, if they're not calling you racist, you're not trying hard enough.

Andy Coy at Am Think, The Supreme Court: Cowards, Crooks, or Compromised? There are nine of them; plenty of room for all three.

They appear to be cowards or crooks or compromised. Cowards, crooks, or compromised seems to be the only way to explain the decision-making of the United States Supreme Court. The Court's unwillingness to make any decisions regarding the presidential election of 2020 is a historic failure. These last twelve months have seen the Court refuse to do its duty. The Court refused to be a co-equal branch of the federal government.

Dethroning this serpentess won't be easy. She spreads a lot of money around and of course the Democrats will support her over any real Republican.

But we have to try.

The Wombat has Rule Five Sunday: Happy Easter! and FMJRA 2.0: Day Late & A Dollar Short ready for you amusement at The Other McCain.