I Thought Museums were for Real Things 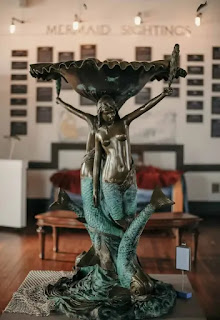 In a soft opening held over the weekend, visitors went in not knowing quite what to expect, but later described the place as “really magical.”

Among the curiosities inside, you’ll find an authentic Fiji Mermaid, that mythical half monkey-half fish said to have been caught off the coast of Fiji and shown off by PT Barnum sideshows. There’s art and cultural artifacts, and even an uncanny mermaid-shaped Cheeto. 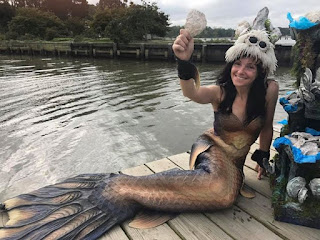 “I was just called to do a space where people could be in an enchanting environment and learn a bit about why the Mermaid is such an enduring myth throughout all of earths cultures,” owner Alyssa Maloof tells Bay Bulletin.

The Mermaid Museum is located in a historic Odd Fellows building in Berlin, relatively close to the sea at just 20 minutes west of Ocean City. Owner Alyssa Maloof is an artist, and saw inspiration in the town’s early 20th-century architecture. 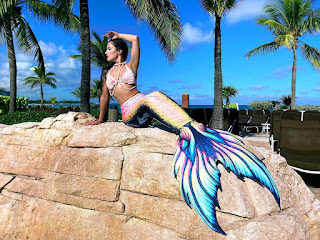 “I tried to have the content of the museum match the historical time period of the building and the town’s structures,” explains Maloof.

“It was the missing puzzle piece to what Berlin was missing,” said visitor Michelle Burke.

The Mermaid Museum doesn’t take itself too seriously: there is a sign at the entrance that warns of “Nudity and fish nudity. Early mermaids didn’t wear suits.”

Maloof says in addition to the main attractions, there are other hidden gems tucked into the museum that you might not find on the first visit. “But if you look closely you will find peeks into other worlds,” she tells us.

Linked at The Daley Gator in Mermaids huh? The Wombat has Rule Five Sunday: Happy Easter! ready for your amusement at The Other McCain.