Election 2020: Democrats have Georgia on Their Minds

Biden flew off the handle over the fact that several states are taking steps to reform their election laws in ways he doesn’t like.

“What I’m worried about is how un-American this whole initiative is. It’s sick,” he said. “It’s sick … deciding in some states that you can’t bring water to people standing in line waiting to vote. Deciding you’re going to end voting at five o’clock when working people are just getting off work. Deciding that there will be no absentee ballots under the most rigid circumstances.”

He wasn’t done. “I’m convinced that we’ll be able to stop this because it is the most pernicious thing. This makes Jim Crow look like Jim Eagle. This is gigantic, what they’re trying to do.”

So what is it that states are trying to do? First, it’s worth clearing up a few things Biden rattled off.

There is a debate in Georgia about a provision regarding bringing voters food and water while they are waiting to vote. Is that un-American? Not when you consider that such “services” could amount to illegal electioneering. But maybe Biden thinks those restrictions are un-American, too.

That 5 p.m. poll closing time? He’s apparently referring to a plan in Texas that would have polls close in the first week of early voting at 5 p.m. But they’d be open until 7 p.m. in the second week of early voting. And the point of the measure is to create a uniform rule across the state, instead of the wide variations seen in the last election.

And the “no absentee ballots” is bogus. States are trying to rein in mail-in voting that caused massive problems in the last election.

What are some of the other un-American provisions states are considering to protect their elections from fraud? In Georgia, one bill would require voters to include a photocopy of an accepted form of identification with their ballot request form and their absentee vote, instead of a signature, so as to avoid problems with signature matching.

So why wouldn't the lefties current plan for WuFlu vaccine passport also be racist? Jeff Crouer at Am Think, Georgia Drives Democrats Insane. Breitbart, Activists Pressure Georgia to Boycott MLB, PGA After Election Reform Law. From Tristan Justice at Da Fed, Chris Wallace Falsely Claims New Georgia Law Bans Drinking Water While In Line For Voting “This Code section shall not be construed to prohibit a poll officer from … making available self-service water from an unattended receptacle to an elector waiting in line to vote,” the bill reads." But then, as Stephen Kruiser at PJ Media points out, The Morning Briefing: Everything Democrats Say About Georgia Election Law Is a Lie

A former Vice President of the Chan Zuckerberg Initiative – which funneled $350,000,000 to the Center for Tech and Civic Life – now serves as Special Assistant to the President and Director of Technology in the Biden White House.

The Center for Tech and Civic Life (CTCL) used the hundreds of millions of dollars from the Facebook founder’s organization to overrule local election officials and increase turnout in – almost exclusively – Democratic districts. “CTCL’s Leaders Have Worked for Stridently Progressive Organizations,” the Amistad Project notes. 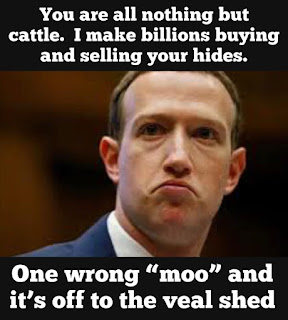 
The government has not been reluctant to establish a narrative in the public discourse about its view of the events of January 6 by setting forth in a narrative fashion, in dozens of public filings, its version and description of events on that day.

The protective orders being demanded would prevent any evidence supporting a countervailing narrative from taking hold in public opinion, when the actual evidence is made subject to scrutiny.

It will be a dark day for justice, if the government succeeds in this effort.

Stop the Steal. Kerry Picket at WaEx, House Republicans step up fight to stop Democrats grabbing Rep. Miller-Meeks’s Iowa seat. But really, they have no power. If Pelosi does this, evict her when you regain the house in 2022.

Politico crows about how Collins avoids state-party censure after voting to convict Trump "“Today’s decision is a testament to the Republican Party’s ‘big tent’ philosophy," Collins said." Meanwhile Breitbart whines Maine Republican Party Rejects Censure of Sen. Susan Collins for Vote to Impeach Trump. I'm OK with it. Collins is the best we're likely to get out of Maine for a while. As Ronald Reagan said "The person who agrees with you 80% of the time is a friend and ally - not a 20% traitor."

Sundance at CTH, Senators on Armed Services Committee Promote Expansion of NSA Domestic Data Gathering and Surveillance – NSA Response: “The Fourth Amendment is a “Key Obstacle” You Need to Remove

The right of the people to be secure in their persons, houses, papers, and effects, against unreasonable searches and seizures, shall not be violated, and no warrants shall issue, but upon probable cause, supported by oath or affirmation, and particularly describing the place to be searched, and the persons or things to be seized.

Oh, is that all? Could this be NSA's way of saying NFW?

Linked at Pirate's Cove in the sorta weekly Sorta Blogless Sunday- Happy Easter! and linkfest. The Wombat has Rule Five Sunday: Happy Easter! ready for your amusement at The Other McCain.