Much like Kendall Jenner, who’s so far only walked a single show this season, Gigi Hadid has been quite selective about her runway appearances at Fashion Week this time around. After walking in the Prada show at Milan Fashion Week, which saw her once again bleach her eyebrows, Hadid made her latest runway appearance on Wednesday morning, in Paris, at Lanvin’s fall/winter 2019 show, which may have been the house’s last shot.

To say that the past few years have been rocky for Lanvin might be an understatement. Since the house ousted its beloved creative director Alber Elbaz, it has gone through no fewer than four creative directors in under four years, beginning with the designer Bouchra Jarrar’s 16-month stint. The latest to step up to the plate is Bruno Sialelli, a 31-year-old, little-known designer who was only formally announced to have taken over the position last month, and who himself has acknowledged the “challenge” that lies ahead.

So far, the reviews have been mixed, but it’s hard to deny Sialelli’s wisdom in his choice of a showstopper. He didn’t just land a rare booking of Hadid; Sialelli also sent her out on the makeshift runway, constructed in Musée Cluny, France’s museum of the Middle Ages, wearing a pale pink peacoat, off-white trousers, sunglasses, and a shirt printed with the same motif of artful nude bodies that could be found on her trousers. The shirt, however, was sheer, meaning that it also happened to showcase Hadid’s own artful nude body. 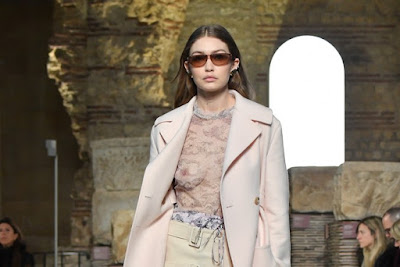 This isn’t the first time that Hadid has freed the nipple on the runway—her nip slip at Versace’s show in 2016 even went viral—but it’s certainly the most notable occasion that she did so intentionally. Considering how much attention that last instance managed to get, Sialelli’s choice of ensemble for Hadid just might introduce the house to a whole new audience—and while they may be experts on everything Hadid, there’s a good chance that at least some are unfamiliar with Lanvin’s troubled past.

You can see the show:

All in all, I wasn't inspired by the clothes. I wonder how much that little flash (or two) was worth cost:

The Wombat has Rule 5 Monday: Komi-san Has A Communication Problem ready and waiting. 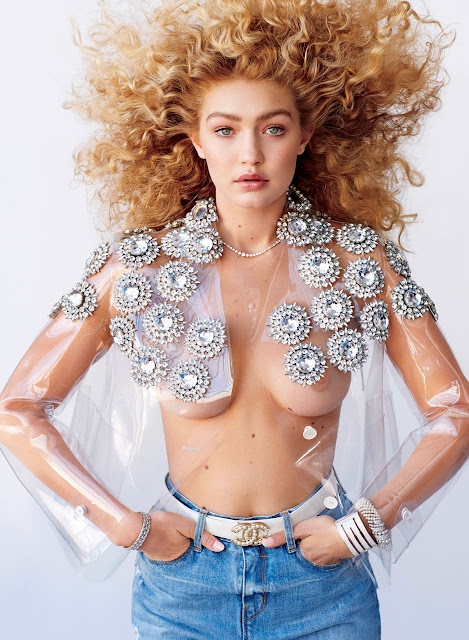 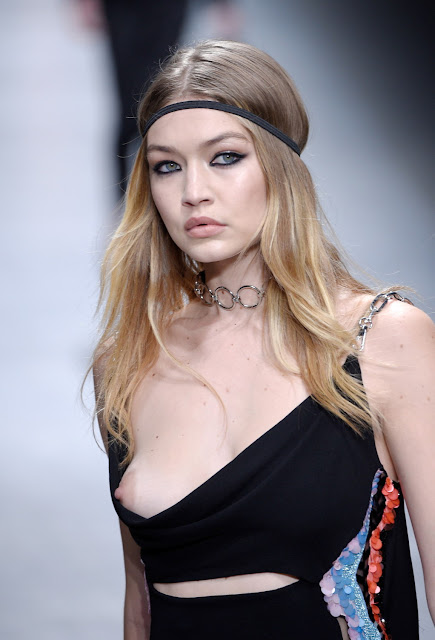 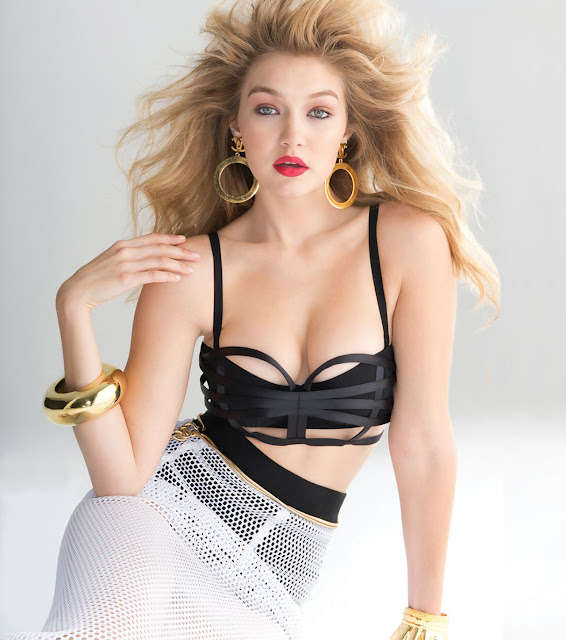 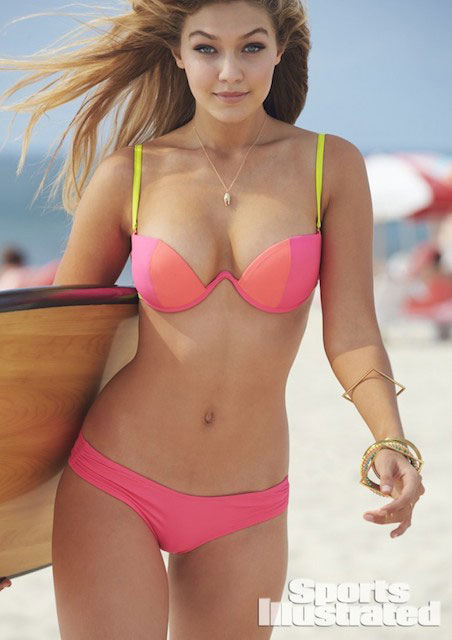 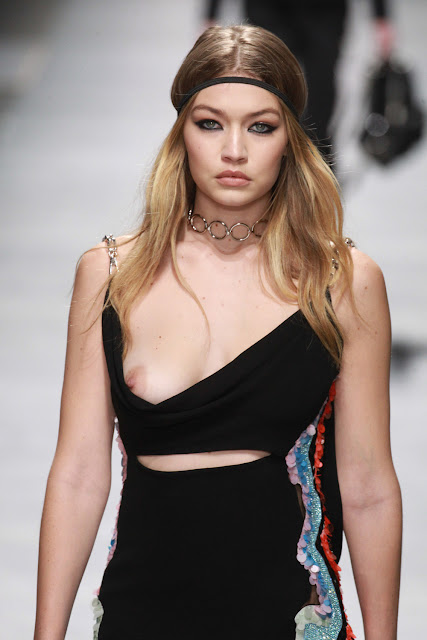 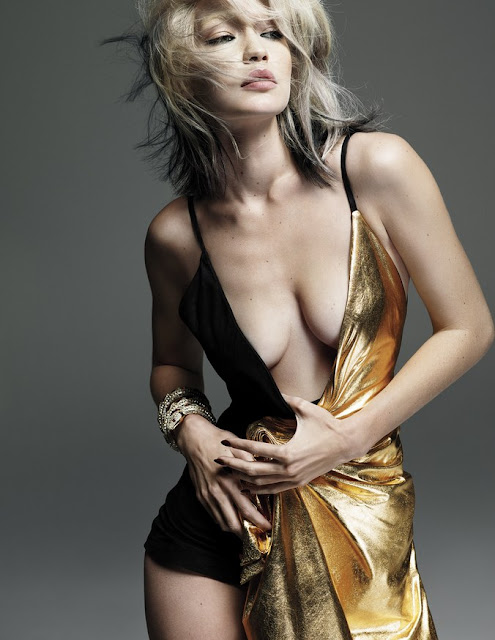 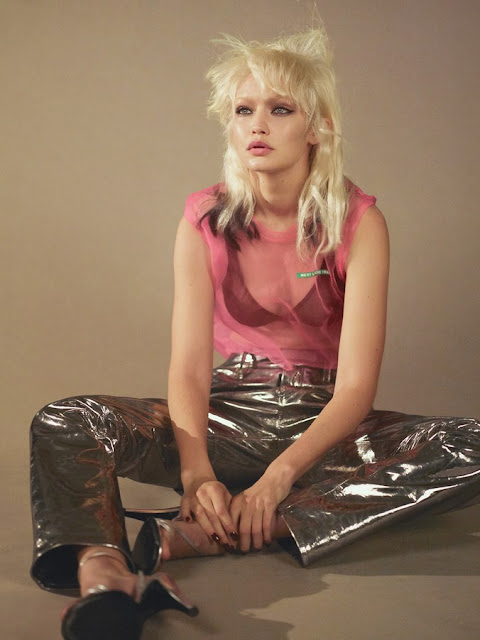