I hate to do this, but, this going to be one of the DIY Russiagates, mainly because, due to the conclusion of the Mueller investigation, there are just shitloads of articles. I've tried to order them by subjects, but my criteria are a bit subjective. Feel free to indulge yourself in the gluttony of excess political awareness. You might recall that the FBI/DOJ crew investigating former SecState Clinton's email scandal called their investigation the Mid Year Exam. I think that makes it fair to call the Mueller investigation much of the same crew started the Final Exam. How did they do. 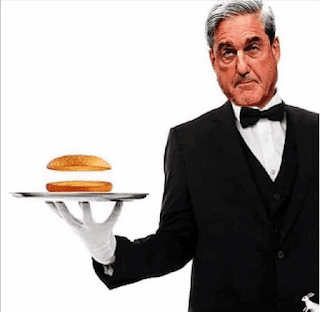 MOTUS A.D.: The Mueller Report, What Does It Mean…Anyone?

Matt Zapotosky on Twitter: "Attorney General William P. Barr will not submit the principal conclusions to Congress today, according to a senior Justice Department official." 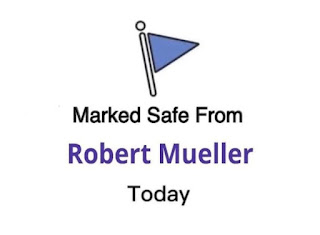 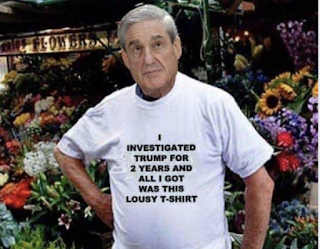 Thread by @ggreenwald: "The Mueller investigation is complete and this is a simple fact that will never go away: not one single American was charged, indicted or co […]"

A list of Trump figures who apparently won't be indicted by Robert Mueller.

Althouse: "Maybe the real Mueller report was the friends we made along the way."

wretchardthecat on Twitter: "Yet it is nevertheless true. The real crisis of American governance isn't that Trump is some evil genius. It is what a bunch of mediocrities the elite have turned out to be. Better to have found out now than in the middle of some existential conflict with a great power."

Flashback to 2017: What if the Mueller report is a bust?

‘OMG are those TEARS’?! Rep. Eric Swalwell just basically had a total MELTDOWN over the Mueller report on CNN (watch) – twitchy.com 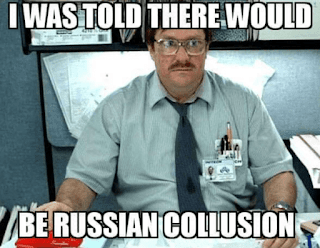 The Great Gnashing of Teeth: The Left Reacts to the Mueller Report, Schiff Threatens To Call 'Bob Mueller,' Possibly 'Bill Barr" Before His Committee

Adam Schiff rejects reports that Mueller indictments are over, says special counsel could be called to testify | Fox News

MSNBC’s Chris Matthews livid over Mueller report: ‘How could they let Trump off the hook?’ | Fox News

READ: Dems' Collective Letter To Barr Is A Sign Of What's To Come

Four Arguments About the Mueller Report You Should Ignore - The Bulwark

The Mueller Investigation Was A Distraction, The Bigger Story Is Coming | Bustednuckles

The politics of "collusion delusion" - Axios

Dershowitz: Comey and Others Committed Fraud on FISA Court - Should Be Held in Contempt (VIDEO)

Episode 462 Scott Adams: The Mueller Witch Hunt is Evolving Into an “IF” Hunt - Dilbert Blog

The Week in Pictures: Mueller Time at Last! | Power Line

Memo From the National Affairs Desk: Who’s Heading to the Cornbread Festival? : The Other McCain

The never-ending Mueller investigation ends, but once the needle goes in… – The New NeoPelosi Holds Emergency Call With Democratic Caucus Over Mueller Report. Here's What Transpired.

BAM: Tucker Runs Down a List of Democratic Party Shills Who 'Lied' When They Pushed Collusion Theory

Mark Penn on Twitter: "Two plus years, thirty million dollars, our fbi and doj compromised, thousands of fake news stories, millions of people all entranced in a false story of Russia collusion based on oppo research that was always unsubstantiated and preposterous"

We are leaving on a week long fishing/sun bathing "vacation" to Belize this week. And while I will have the IPad, and maybe able to post intermittently, I won't be doing regular Russiagate updates. We'll have to see what kind on nonsense is going on when we get back.

OUR COCKTAIL THIS WEEKEND IS THE MUELLER REPORT: It costs millions to make, takes two years to be served. Rumors and expectations about it are stoked to fever pitch. Arrives as an empty glass. Every news source claims it’s the finest Russian Vodka. Rachel Maddow most affected.