Well, are we going to have the Russiagasm on Friday (all important things in government are released on Friday, when the white-out dries) or will we continue flogging the poor thing? AP: Mueller’s fans venerate him _ and nervously await report. Some one named their dog after him. That's gonna seem silly in a few years. Stephan Collinson at CNN analyzes so you don't have to, New Mueller probe revelations explain Trump's rage


Eighteen-and-a-half blacked-out pages at the end of one document under the title "The Illegal Campaign Contribution Scheme" almost certainly contain details of Trump's interactions with Cohen.

That prosecutors from the Southern District of New York believe those elements need to be kept out of the public eye suggests that their investigations -- which have already indirectly implicated Trump -- are not over.

"They are not done. We have seen this in filings over and over again," Preet Bharara, a former US attorney for the Southern District of New York, told CNN's Jake Tapper.

So Trump cannot yet be sure whether his family members or top business associates in his firm could face criminal jeopardy.

But on the bright side, Obama can no longer claim his administration was scandal free, after he and the press colluded to suppress them as Clinton, Obama Attorney Greg Craig Snagged in Mueller Probe (Nice Deb, PJ Media)


Former Obama White House counsel and Clinton impeachment attorney Greg Craig may soon be indicted by the Justice Department for engaging in illegal unregistered overseas lobbying, Fox News reported Tuesday. Craig appears to have been caught up in special counsel Robert Mueller's long-running investigation into possible collusion between the Trump campaign and Russia.

If charged, Craig would be the first Democrat to face prosecution in Mueller's Russia probe, according to Fox.


The case centers on lobbying work that Craig performed in 2012 for the Russian-backed president of Ukraine, Viktor Yanukovych, while Craig was a partner at the law firm Skadden, Arps, Slate, Meagher & Flom. Craig allegedly never registered as a foreign agent under a U.S. law known as the Foreign Agents Registration Act, or FARA, which requires lobbyists to declare publicly if they represent foreign leaders, governments or their political parties.

FARA violations were only rarely prosecuted until Mueller took aim at Paul Manafort, President Trump's former campaign chairman, for his lobbying work in Ukraine. Manafort, who connected Craig with Yanukovych, has been convicted on numerous bank and tax fraud charges, and was separately accused of FARA violations as well. He was sentenced earlier this month to approximately seven years in prison.

I disagree with FARA violations on the basis of free speech, but they need to enforce them on both side or not. Tony Podesta, Manafort's business partner next?

Bharara says he considered taping call with Trump shortly after inauguration. Still pissed over being fired by Trump, along with all the other Obama US Attorneys. He thought he was special.

Margot Cleveland at Da Federalist, Did Peter Strzok Lie, Or Was There A Spy Targeting The Trump Campaign? Embrace the healing power of "and."

Someone in State Department likely involved in bid to take down Trump: Herridge


“I think the congressman is referring to someone within the State Department based on my reporting,” Herridge said Tuesday on Fox News Radio’s “Brian Kilmeade Show.” “Because we have a pretty good sense now from these transcripts that have been revealed and then also records that were unsealed at the end last week in the defamation suit with BuzzFeed that … the government network was being pulsed with the dossier in the final months of the campaign and then during the transition period. And that it was coming at the FBI and Justice Department through many different lanes or many different avenues, and the objective was to lend it credibility.”


But Fusion GPS, Perkin's Coie and the DNC are still out there plugging the Steele Dossier and similar conspiracy theories. RCP, Trump-Russia 2.0: Dossier-Tied Firm Pitching Journalists Daily on 'Collusion'


Five days a week, TDIP emails a newsletter to influential Democrats and prominent Beltway journalists under the heading “TDIP Research” – which summarizes the latest “collusion” news, and offers “points of interest” to inspire fresh stories regarding President Trump’s alleged ties to Moscow.

Recipients of the TDIP reports include staffers at the New York Times and Washington Post and investigative reporters at BuzzFeed, ProPublica and McClatchy, as well as news producers at CNN and MSNBC, according to a source familiar with the project's email distribution list. Democratic aides on Capitol Hill also subscribe to the newsletter.

The briefings typically run several pages and include an “Executive Summary” and links to court documents and congressional testimony, letters and memos, as well as new articles and videos.

The Steele dossier and impeachment are common themes in the reports, which generally spin news events against Trump, copies of the newsletter obtained by RCI show. A March 13 TDIP bulletin, for instance, highlighted former Trump campaign chairman Paul Manafort’s sentencing without informing readers that Special Counsel Robert Mueller closed the case without any collusion accusation against Manafort, who was punished for personal financial crimes.

Ace,  Group Controlled by the Diane Feinstein Aide, Dan Jones, Who Got $50 Million from Leftwing Billionaires to Continue the FusionGPS Russia Sham, Floods the Media With Fresh Talking Points Every Day, and Get This, The Media Loves "Reporting" It


Flawless Male Logic suggests the alternate headline, Jeff Bezos and the Mystery of the Dirty Sanchez.

Byron York, who is definitely no cuck but who unfortunately works for the Cuck Emporium Washington Examiner:Sometimes stories are simpler than they're made out to be. That appears to be the case with Jeff Bezos. 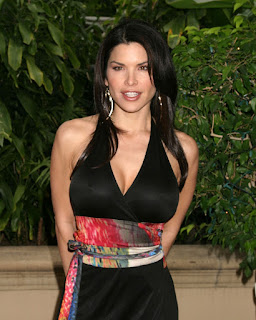 When the National Enquirer reported that Bezos, the Amazon founder who is the world's richest man, was having an extramarital affair and had sent racy texts, including photos of his penis, to his girlfriend, Bezos assembled a high-priced legal and PR team to mount an aggressive defense.
All of a sudden, sympathetic commentators began suggesting Bezos had been hacked. There was word that a "government entity" had gotten hold of the texts and photos. There was dark speculation of international intrigue, that Saudi Arabia might have used the Enquirer to target Bezos, who owns the Washington Post, in retaliation for the Post's coverage of the murder of the columnist and Saudi regime critic Jamal Khashoggi. And of course, President Trump played some sort of behind-the-scenes role.
Bezos orchestrated it all, using his security consultant to feed information to his newspaper, and also writing a much-discussed personal statement published on Medium. 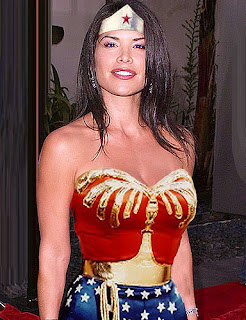 He then quotes Lawrence O'Donnell, Chuck Todd, and Chris Cuomo breathlessly "reporting" (repeating dictated lines, really) about "hacking" and possible "government entities" and of course the specter of Trump lurking in background.

Turns out, it was Michael Sanchez, the gossipy brother of Jeff Bezos' lover (who herself was gossipy and indiscreet about the affair, as mistresses jonesing for a Level Up tend to be).


Readers under 40 may need to be reminded who Ted Koppel is, but he used to be a pretty important TV news guy:


Iconic news anchor and former “Nightline” host Ted Koppel recently fired a shot across the bow at the mainstream media — particularly the New York Times and the Washington Post — saying that President Donald Trump’s perception that the “liberal media” is “out to get him” is not without merit.
“I’m terribly concerned that when you talk about the New York Times these days, when you talk about the Washington Post these days, we’re not talking about the New York Times of 50 years ago,” Koppel noted to journalist and author Marvin Kalb earlier this month. “We are not talking about the Washington Post of 50 years ago. We’re talking about organizations that I believe have, in fact, decided as organizations that Donald J. Trump is bad for the United States.”
Koppel added that “we have things appearing on the front page of the New York Times right now that never would have appeared 50 years ago. Analysis, commentary on the front page.”
The legendary anchor recalled the infamous Trump “grab them by the p***y” audio hitting the news cycle a month before the 2016 election and told the audience, “I will not offend any of you here by using the language, but you know exactly what words were used, and they were spelled out on the front page of the New York Times. I turned to my wife and I said, ‘The Times is absolutely committed to making sure that this guy does not get elected.'”