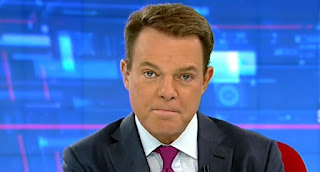 
Remember, we must believe the victims:


John Doe #1 says he met up with Smith at the now defunct Nation bar in Manhattan, a spot Smith used to frequent to play Golden Tee and hang out when he was not on the Fox airwaves.
“I wake up, and Shepard is on top of me, like, in a towel or a bathrobe. And he’s got his tongue down my throat and his hands all over me. Completely uninvited. I mean, I gave him no signal. There was nothing,” John Doe #1 says . . .
“I pushed him off. I was like, ‘Dude what are you doing?’ And he’s like, ‘what you don’t like it?’ There was like this, kind of like No!, and he kept going, he kept pushing. Like, pushing his hands on all these spots,” John Doe #1 said.
“He was just on top of me,” John Doe #1 said, calling the experience “definitely shocking.” John Doe #1 noted that “he finally stopped, but it took a lot of — it wasn’t just an immediate no, and then everything was like, so sorry.”
John Doe #1 said that Shep Smith lunged at him “three or four more times” after the initial attack.

(Hat-tip: Ace of Spades.) Democrats tried to stop Brett Kavanaugh’s Supreme Court nomination with allegations that were arguably less believable than what “John Doe #1” is claiming, but as for me, I think we should reserve judgment until we hear Shep Smith’s side of the story. And by that, I mean, I want to see him deny on live TV that he’s ever stuck his tongue down another man’s throat. It would be helpful if he could also provide sworn affidavits and a polygraph test. 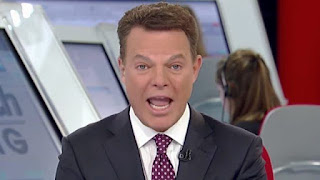 Or maybe even a penile plethysmograph.


Fox News has not responded to a request for comment. The claimant did not provide any outside corroborating evidence, or at least Big League Politics doesn't note any.

I don't know how far we want to go down the #MeToo rabbit-hole with dated allegations.

Though... of course you know my rooting interest here.

Big League Politics previously brought us the scoop about Ralph Northam's blackface, so they're not unreliable. I just don't know if this guy has anything to back up his word apart from his word.

Can we appoint a special counsel?
Posted by Fritz at 6:11 PM