Special Counsel Robert Mueller on Friday submitted to Attorney General Bill Barr his long-awaited report on the investigation into Russian meddling in the 2016 presidential race and possible collusion with Trump associates.

Several lawmakers, including Sens. Lindsey Graham, R-S.C. and Dianne Feinstein, D-Calif., received a letter about the report's drop. Graham is the chairman of Senate Judiciary Committee. Feinstein is the ranking member.

“Special Counsel Robert S. Mueller III has concluded his investigation of the Russian interference in the 2016 election and related matters," the letter said.

Barr also said that he “may be in a position to advise you of the Special Counsel’s principal conclusions as soon as this weekend.” 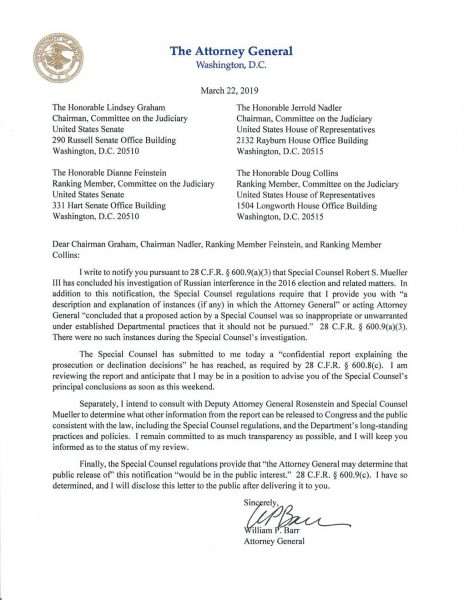