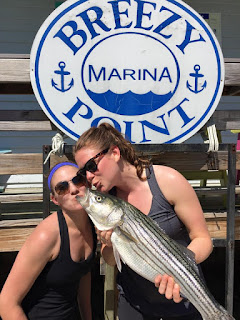 
A preview of a soon-to-be-released stock assessment presented in February to the Atlantic States Marine Fisheries Commission indicates that the striped bass population is overfished and has been for several years.

Members of the commission, a panel of East Coast fishery managers, knew that the migratory species has been in coastwide decline for more than a decade, but the new assessment paints a bleaker picture than many expected, including data that show recreational catches are significantly higher than previously estimated. 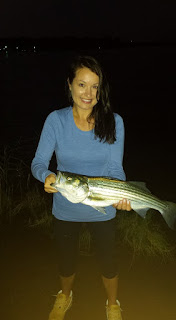 We (recreational fisherman) been saying this for at least a decade, and the managers are finally coming around.


“We had all hoped that the results of the assessment would be a little better,” said Mike Luisi, an estuarine and marine fisheries manager with the Maryland Department of Natural Resources. “It is clear that we need to do something.”

Once the ASMFC officially accepts the new stock assessment, it will need to implement a plan within a year to end overfishing.

The commission can’t adopt the assessment until its May meeting, though. Its completion was delayed by the partial federal government shutdown, which sidelined biologists with the National Marine Fisheries Service who were working to complete both the final document and the peer review report. 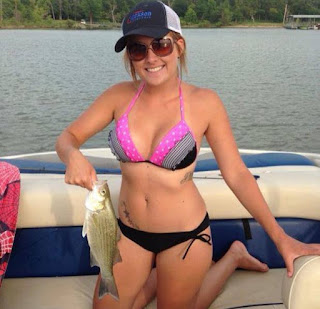 They'll be blaming the shutdown for the next three years.


In the meantime, the ASMFC’s Striped Bass Management Board has asked its technical advisers to estimate the amount of catch reductions that will be needed to restore the stock to an acceptable level.

“We know it is going to be pretty drastic,” cautioned John Clark, of the Delaware Division of Fish and Wildlife, a member of the board.

Striped bass, also known as rockfish, is one of the most popular sport and commercial species in the Bay and along the mid-Atlantic coast — the fish is even depicted on the Maryland state flag. 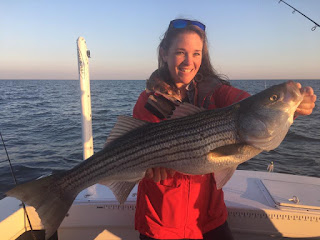 It's also about all we have; it's been many years since we had a truly big bluefish run in summer. Trout and even Croakers seem to be in a slump.


Successful reproduction requires two things: lots of eggs and favorable weather conditions that allow larvae to survive long enough to be “recruited” into the overall population.

Some research suggests that certain climate patterns produce conditions that persist for a decade or more and are generally favorable (typically resulting in wet springs) or unfavorable (generally dry springs) for striped bass recruitment. While there may still be year-to-year variations, those long-term patterns can greatly affect recruitment success over time. 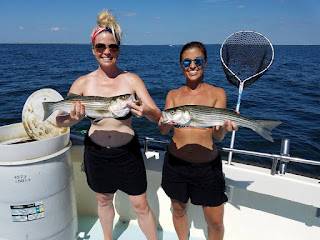 Well, it looks like a wet spring coming up. Maybe we'll get a good recruitment this year.


Because they can’t control the weather, managers have tried to keep the abundance of mature female fish high to produce lots of eggs that will improve the chances of a strong “year class” of young when the conditions are right.

The assessment also shows that the spawning biomass has been below the threshold since 2012, meaning that the stock has been overfished. The scientists producing the assessment indicated strong confidence in that conclusion. 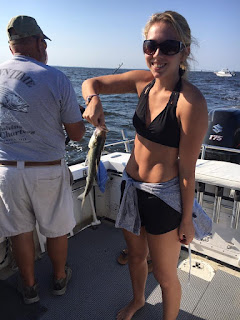 They've tried small changes in the size of fish that fishermen can keep, raising the size limit from 18 to 20 inches, and back to 19, but it doesn't really seem to offset the poor reproduction, which is largely due to weather and even climatic factors.


Part of the reason for the assessment’s worse-than-expected results is new data showing that mortality from recreational fishing was higher than previously thought. Of particular concern was an increase in the number of “dead discards” — fish that die after being released by anglers. The assessment estimates that 3.4 million striped bass died after being caught and handled by anglers in 2017. That was 48 percent of all striped bass killed by all fishing activities that year and higher than the 2.9 million fish that were kept by recreational anglers. Biologists estimate that about 9 percent of fish die after being handled. 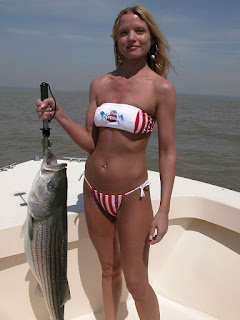 And that's just me and Pete (just kidding, but some fraction of released fish do die).


Some fishery managers say that means previous management actions to protect the population — which imposed new minimum catch sizes — may have backfired. Because the minimum size was increased in 2015, they say the number of fish that were handled and ultimately died may also have increased as anglers tossed back more small fish while trying to catch one of legal size.

“We need to rethink what we are doing,” Luisi said. “Increasing minimum sizes as a mechanism for reducing harvest only leads to more dead discards. Dead discards is a big problem.”

A number of fishery managers indicated they would like to see the commission consider a broader array of options to reduce harvest. That might include things like gear restrictions or shorter seasons, which could reduce the number of fish being handled. Maryland, for instance, has been requiring the use of a less-lethal type of hook for certain fishing techniques during warm seasons when fish are more stressed and the mortality of released fish is higher. 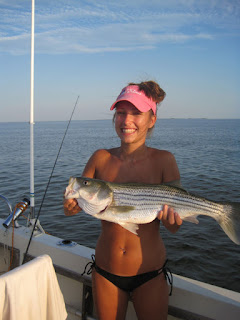 Referring to non-offset circle hooks, which are required when bait fishing. Circle hooks tend to hook in the corner of the mouth rather than in the the stomach or throat, and are much easier on the fish.


And, some say management plans need to better account for changes in technology that help anglers find fish and use social media to quickly share hot spots with others and increase catches.

“From my perspective,” he said, “I think we are going to need every tool available to us to do the best job we can to get this resource back to where it needs to be.”

The new sonars are indeed miraculous. Pete has a new one that practically gives the fish names, and calls them in. He still has to travel long distances to find fish sometimes, though. I don't buy the hypoxia argument though. The fish being confined to the near surface doesn't matter that much. Hungry fish eat whether they're near the surface or the bottom.
Posted by Fritz at 5:43 PM