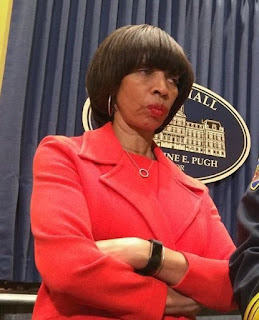 
Baltimore Mayor Catherine Pugh has a lengthy resume, having worked in public relations, as an editor for the Baltimore Sun, co-owner of a television station and member of both the City Council and state assembly before taking her current position. But did you know she was also a published author? Well… “published” is technically correct, but perhaps a bit misleading since her series of children’s books were actually self-published.

Going that route doesn’t always work out for people because it’s hard to run up sales without the PR muscle of an established publishing house. Recent revelations indicate that Pugh found a way around that obstacle, however. She managed to arrange for the University of Maryland Medical System (UMMS) to purchase tens of thousands of copies of her books over a period of eight years, netting her at least half a million dollars. Also of note is the fact that she’s been a board member of UMMS for most of that time. And you’ll never guess which facts failed to be reported in her financial disclosure forms and ethics disclosure documents. (Baltimore Sun)


Baltimore Mayor Catherine Pugh has not reported on disclosure forms filed with the city’s ethics office that she sits on the board of directors for the University of Maryland Medical System, according to The Baltimore Sun’s review of records.
Instructions on the form tell public officials to report any “office, directorship, salaried employment, or similar position with any business entity that was doing business with the city.”
Also, the University of Maryland Medical System did not disclose on its federal tax form for the year ending June 30, 2017, that it had entered into a contract with Pugh to buy 20,000 copies of her book, “Healthy Holly: Exercising is Fun,” the form shows. A section on the form is reserved for reporting “business transactions involving interested persons” and the system has in the past listed dealings with other board members.

That first article I linked above was published early in the news cycle and only mentioned approximately $100K in book sales. Further investigation pushed the start of this lucrative arrangement back to 2011 and the profits swelled to $500K. 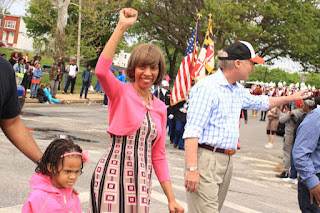 The WaPoo manages a slightly different take, emphasizing the role of the University Medical System in the scam: Maryland hospital system under fire for ‘self dealing’


Maryland’s governor and top lawmakers on Friday promised tough scrutiny for the University of Maryland Medical System and the financial deals awarded to some board members who oversee it.

Gov. Larry Hogan (R) called the business deals, first disclosed this week by the Baltimore Sun and in some cases worth hundreds of thousands of dollars, “unseemly” and “appalling.”

Hogan said the nine board members with financial contracts from the hospital system need to end their conflicts of interest or resign. He pledged to take “whatever action is necessary.”

“There cannot even be the appearance of impropriety,” Hogan said in a statement.

The General Assembly is weighing a bill to outlaw business deals between the hospital and the 30-member board.

Board members who have such deals include Baltimore Mayor Catherine E. Pugh (D), whose financial disclosure form listed a $100,000 profit for one year from selling 20,000 copies of her self-published children’s books series “Healthy Holly” to the hospital system.

Thirty board members? That take a lot of pie for everyone to get a piece.

You might be tempted to ask who was the last Republican mayor of Baltimore. It was Theodore Roosevelt McKeldin from 1943 to 1947 and again from 1963 to 1967.