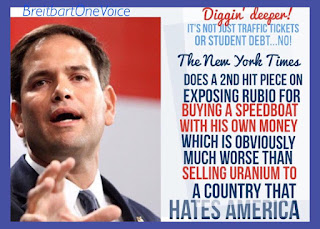 The State Department on Wednesday conceded that two dozen of Hillary Rodham Clinton’s emails did contain classified information, a fact that could trigger a U.S. policy that authorizes the government to take control of her private server and sanitize the contents.

A former senior intelligence official told The Washington Times the policy also requires the government to check other Internet paths her secret information could have taken.

The procedures are spelled out by the National Security Agency’s special panel on controlling leaked secrets, called the Committee on National Security Systems. It published a policy, “Securing Data and Handling Spillage Events,” that fits the case of Mrs. Clinton’s unauthorized private server, kept at her home while she was secretary of state, according to the retired officer’s reading of the regulations.

“Hillary Clinton’s server has classified information and should be taken by the government and sanitized, wiped clean or destroyed,” said the former officer who conducted cybersecurity. The source asked not to be identified because he still does business with the intelligence community


Senator Sen. Charles Grassley (R-IA), Chairman of the Senate Judiciary Committee, is demanding that the Department of Justice answer questions about Hillary Clinton’s role in the 2010 deal that gave the Russian government, through its wholly owned nuclear energy company known as ARMZ, a controlling 51 percent interest in Uranium One, the Canadian company that at the time owned 20 percent of U.S. uranium deposits.

Grassley sent a letter to Attorney General Loretta Lynch, asking her to answer several questions about the deal that was approved by the Committee on Foreign Investment in the United States (CFIUS) an interagency panel on which representatives of the Department of Treasury, the Department of State, the Department of Justice and six other cabinet departments or agencies sit.
. . .


1. What role did the Department of Justice play in the Uranium One/ARMZ transaction? Please explain in detail.

2. Please list the Department of Justice personnel that were involved in the Uranium One/ARMZ transaction.

3. Did Secretary Clinton’s relationship with the Clinton Foundation require her to recuse herself from the CFIUS’s review of the Uranium One/ARMZ transaction? If so, did she recuse herself? If the relationship did not require recusal, please explain why not.

4. Was Attorney General Holder briefed by Department of Justice personnel regarding the Uranium One/ARMZ transaction? If so, by whom and how many times? If not, why not?

Those all seem like reasonable questions. What do you think the odds are of Attorney General Lynch acting on any of them before the election? 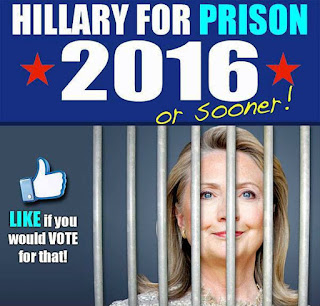 A well-known Washington watchdog who has sued the Clinton Foundation and Bill and Hillary Clinton under the Racketeer Influenced and Corrupt Organizations Act for allegedly running a criminal enterprise is telling a federal court it would be wrong to dismiss the case without even looking at the evidence.

Larry Klayman of Freedom Watch brought the complaint and now has filed an opposition to the defendants’ motion to dismiss.

A federal court in Florida already has scheduled a trial for early next year.

“This is a classic RICO lawsuit,” Klayman argues in his newest filing, “Indeed … few people – if any – can even attempt to refute the hard evidence that Bill and Hillary Clinton and their foundation have over a 10-year history of actually selling government access and influence in exchange for hard cash to fill their coffers and the coffers of their foundation, which not coincidentally, as pled, does not operate as a 501(c)3 nonprofit organization but instead operates as defendants Bill and Hillary Clinton’s own alter-ego in furthering their criminal enterprise.”

He said the case is about much more than access to hidden documents, which he is seeking.

“The production of documents at issue is relevant because they evidence a criminal enterprise under the Racketeer Influenced and Corrupt Organizations Act … created and further by each of the defendants, Hillary Clinton, Bill Clinton and the Clinton Foundation, acting in concert as part of a conspiracy, to extort hundreds of millions of dollars in money – that is, bribes – from individuals, entities and persons upon which the defendants have bestowed favors and gratuities, principally in the form of granting waivers to do business with Iran. ”

The allegations, he explained, set “forth all of the operative facts to plead a valid RCIO claim.”

Sadly, Larry Klayman and Freedom Watch have a far better record of success at bringing government misdeeds to light than any politicians.

Even some of the leftist rags are starting to chaffe under the yoke of the Clinton media harness: Hillary e-mails show manipulation of mainstream media, says … Mother Jones 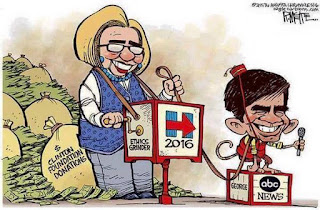 We’ve seen David Sirota do first-class work on the financial connections between the Clintons and those who benefited from Hillary’s tenure at State, especially arms dealers and how they enriched the Clintons personally as well as their foundation. Now we have Mother Jones exposing the easy manipulation of the mainstream media by Hillary Clinton, based on the first release of e-mails from the State Department from the Hillary trove belatedly and begrudgingly turned over in the face of a subpoena. . .


But some of the more intriguing exchanges involved the media—how her team sought to shape the news, the journalists they considered receptive to their message, and the close degree to which Clinton monitored how she was covered.
Much of this email traffic involved Philippe Reines, a senior advisor and spokesman for Clinton known for his combative exchanges with the press. One email thread that underscored the Clinton team’s focus on message-control came in late May 2009, ahead of a meeting of the Organization of American States. Its member-nations span North and South America and were poised to vote on whether to revoke Cuba’s decades-long suspension from OAS. …
Reines replied with a lengthy email explaining why the narrative was not as “dire as it seems in the moment.” He noted that President Barack Obama would be delivering a major speech in the Middle East the following day that would “blanket coverage and extinguish the Cuba stuff, so we just need to weather the night.”
He wrote:
we are suffering from two significant tactical problems: 1) you are here and removed 2) our press corps was out of position today and in flight, so the people we worked on all week and the ones likely to skew our way were replaced by reporters not connected to us. The two issues above will be rectified tomorrow in your two interviews – especially Greta who is malleable. We can use that to make a strong case on the principle, and the simple fact Cuba wasn’t in the OAS yesterday, and won’t be tomorrow. Everyday that passes reinforces that point. The time difference to East Coast will help us in moving whatever is said in these interviews tomorrow.

The revocation of the suspension turned into a short-term diplomatic embarrassment to the US and Hillary, who had pressed for Cuba to demonstrate progress before readmittance to the OAS. MoJo’s Daniel Schulman recounts how Hillary managed to snow Greta van Susteren into the narrative that this had been a US diplomatic coup instead. The more important point isn’t the malleability of van Susteren — there isn’t any evidence that she actually bought this spin — but the fact that Reines believed that Hillary had a group of reporters assigned to her (“our press corps”) on which they could rely to report their spin as fact.

So, media are suckers for the Democrats, and that's supposed to be news?

But not much hope. If Jon Stewart won't cover it, they won't see it. That's why they call them Low Information Voters.
Posted by Fritz at 10:24 AM