The shark, which is being tracked by OCEARCH, emitted a signal or "pinged" off of Assateague Island at 5:20 a.m. Tuesday. She pinged again in or near Chincoteague Bay at 8:12 a.m. 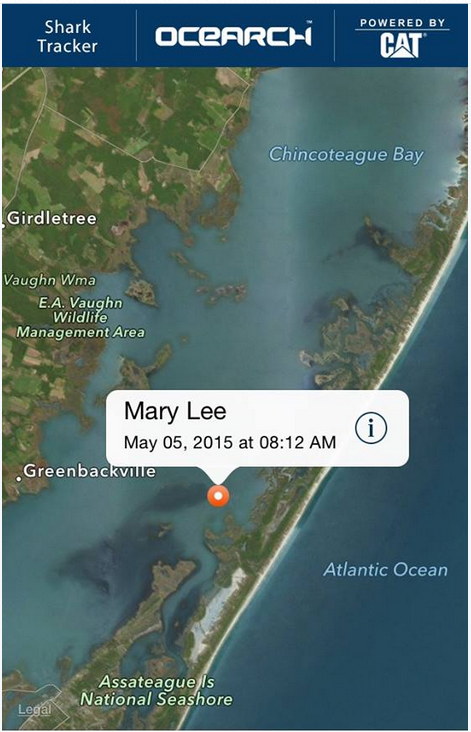 I've featured Mary Lee twice before; apparently the mid-Atlantic coast is on her regular migration. The shark tracking tool shows her off shore now. Maybe she found what she wanted to eat and left. Anybody count the ponies on Assateague lately?