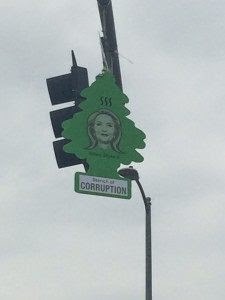 Rep. Marsha Blackburn (R-TN) is working on building congressional support for pressure on the IRS to investigate the tax exempt status of the Clinton Foundation, Breitbart News has learned.

A draft copy of a letter from Blackburn—that she’s circulating around Capitol Hill for signatures from her colleagues—to IRS commissioner John Koskinen asks him to review the tax-exempt status of the foundation. Blackburn and her colleagues will write that “recent media reports have revealed that the Foundation failed to report millions of dollars in grants from foreign governments that it accepted while Hillary Clinton was Secretary of State and that it facilitated private business transactions between foreign entities” and as such, “given the substantial public interest involved, we feel a prompt review of the Foundation’s tax-exempt status is appropriate to determine whether it is acting within the scope of its charitable mission.”

Technically, Blackburn’s letter notes, the Clinton Foundation is required to file an IRS 990 every year listing foreign contributions. But, she writes, Clinton’s Foundation “failed to report tens of millions of dollars in foreign government grants between 2010 and 2012.” Citing how Clinton’s Foundation officials and Bill Clinton himself admitted they didn’t handle the IRS filings correctly, Blackburn’s letter to the IRS commissioner argues that the Clinton Foundation’s “failure to report the donations is problematic and deserves enhanced scrutiny given Mrs. Clinton’s position as Secretary of State at the time.”

Bravo! Of course, no IRS under Koskinen, or no DOJ under Lynch will do any such thing. But it's well worth the effort to make the point to the people that these people see themselves above the laws.

But don't count on the the Main Stream Media to show any interest: Partisan Hack Stephanopoulos, ABC ‘Newsman,’ Gave $50K to Clinton ‘Foundation’

ABC News chief anchor George Stephanopoulos has given $50,000 to the Clinton Foundation in recent years, charitable contributions that he did not publicly disclose while reporting on the Clintons or their non-profit organization, the On Media blog has learned.

In both 2013 and 2014, Stephanopoulos made a $25,000 donation to the 501 nonprofit founded by former president Bill Clinton, the Foundation’s records show. Stephanopoulos never disclosed this information to viewers, even when interviewing author Peter Schweizer last month about his book “Clinton Cash,” which alleges that donations to the Foundation may have influenced some of Hillary Clinton’s actions as Secretary of State.

In a statement to the On Media blog on Thursday, Stephanopoulos apologized and said that he should have disclosed the donations to ABC News and its viewers. ”I made charitable donations to the Foundation in support of the work they’re doing on global AIDS prevention and deforestation, causes I care about deeply,” he said. “I thought that my contributions were a matter of public record. However, in hindsight, I should have taken the extra step of personally disclosing my donations to my employer and to the viewers on air during the recent news stories about the Foundation. I apologize.”