The Neandertal in the Wood Pile

An amusing, if not shocking discovery in anthropology reported at Dienekes: 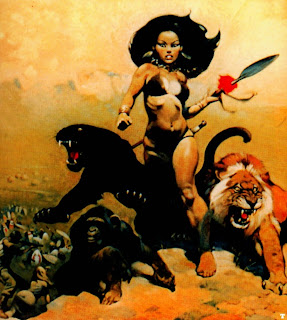 Early European may have had Neanderthal great-great-grandparent


One of Europe’s earliest known humans had a close Neanderthal ancestor: perhaps as close as a great-great-grandparent.

The finding, announced on 8 May at the Biology of Genomes meeting in Cold Spring Harbor, New York, questions the idea that humans and Neanderthals interbred only in the Middle East, more than 50,000 years ago.

Qiaomei Fu, a palaeogenomicist at Harvard Medical School in Boston, Massachusetts, told the meeting how she and her colleagues had sequenced DNA from a 40,000-year-old jawbone that represents some of the earliest modern-human remains in Europe. They estimate that 5–11% of the bone's genome is Neanderthal, including large chunks of several chromosomes. (The genetic analysis also shows that the individual was a man). By analysing how lengths of DNA inherited from any one ancestor shorten with each generation, the team estimated that the man had a Neanderthal ancestor in the previous 4–6 generations. (The researchers declined to comment on the work because it has not yet been published in a journal). 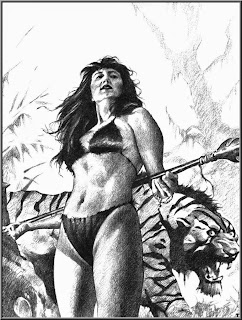 Yes, I certainly seems to be that Cave Man (or Cave Woman) genes are little fresher in some people than in others.

For the Neandertal genes to become bred into the main human genome, not only do the two (sub)species have to interbreed, but the children of that union would also have to survive, and become successful breeders in the population that ended up surviving in the long run, us, the modern humans.

I have difficult imaging exactly how this occurred. Did a "modern" man take a captured Neandertal woman as a captive, and breed with her, and accept the children as his own?  Was a "modern" woman impregnated by a Neandertal man, and raise the resulting child in her society?

And an interesting question, to me anyway: Can the DNA of the individual in question tell us the sex of the Neandertal at the base of this event?

Wombat-socho puts up "Rule 5 Sunday: Last Dance In Washington" on time and within budget.
Posted by Fritz at 6:00 AM