Are You Ready for the Dino-Chicken? 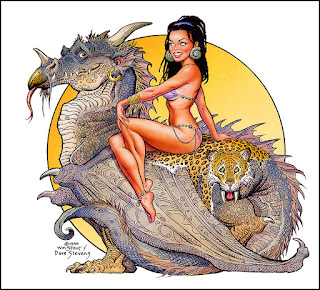 When Will We See an Actual Dino-Chicken?


Talk of a “chickenosaurus” lit up the science world last week when researchers announced they had modified the beak of a chicken embryo to resemble the snout of its dinosaur ancestors. But although some experts have lauded the feat, a beak is just one of many modifications needed to revert a chicken into a dinosaur.

Dinosaurs ruled the planet for 130 million years, so clearly they knew how to perpetuate themselves, but scientists have not had much to go on, in terms of their exact mechanics for doing the deed.

Given these obstacles, how close are scientists to creating a dino-chicken? 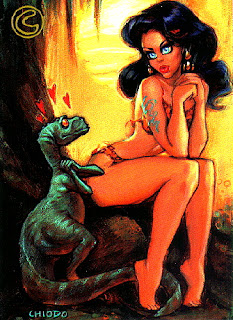 Can I expect a little Velociraptor for Christmas this year? That would be a hit at the beach.

Horner has long supported the idea of modifying a chicken to look like a dinosaur, and unlike the researchers on the latest study, he actually wants to raise a live one. And why stop there? By understanding how and when to modify certain molecular mechanisms, countless changes could be within reach. As Horner pointed out, a glow-in-the-dark unicorn is not out of the question. 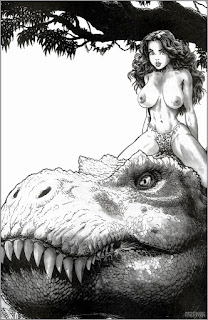 A glow in the dark unicorn might even be easier. Start with a horse, add a little Narwhale, and steal a few genes from fire flies. I'm kind of surprised they aren't in the Hammacher Schlemmer catalog already.


There are four major modifications needed to make a so-called chickenosaurus, Horner said. To turn a chicken into a dinosaurlike beast, scientists would have to give it teeth and a long tail, and revert its wings back into arms and hands.

The creature would also need a modified mouth — a feat accomplished by the researchers who did this latest study, he said.

“This dino-chicken project — we can liken it to the moon project,” Horner told Live Science. “We know we can do it; it’s just there are … some huge hurdles.”

Featured at Pirate's Cove in the weekly "Sorta Blogless Pinup" and links.
Posted by Fritz at 6:00 AM