Assuming she ever answers questions again:

1) Why did you send out Susan Rice to lie about the Bengahzi raid: DIA Memos Prove Obama Administration Knew Benghazi Was a Planned Attack on September 16, The Day Susan Rice Was Sent Out To Lie to the Country


According to another memo dated September 16, 2012, just FIVE DAYS after the attack on the ‘consulate’ in Benghazi, the Obama administration via the DNI concluded that the terrorist attack had been planned at least 10 days before the attack occurred and that it wasn’t a coincidence that it happened on the anniversary of 9/11. If you recall, the Obama administration was lying about it, saying it was a demonstration against a film about the Prophet Muhammad that got out of control. They were saying this on the very same day this DNI memo went out to different agencies including the National Security Council and the State Department.

They not only concluded that it was planned ten days in advance, they also wrote why the attack was planned in this same Sept. 16 memo:


“The intention was to attack the consulate and kill as many Americans as possible to seek revenge for the U.S. kill of Aboyahiye (Alaliby) in Pakistan and in memorial of the 11 September 2001 attacks on the World Trade Center buildings.”

One last thing this report reveals is another memo that shows the Obama administration not only knew ISIS was a threat, but predicted the formation of a caliphate 17 months before Obama compared ISIS to a junior varsity team.

We'll save the question about ISIS for another day, closer to the election, but how about: 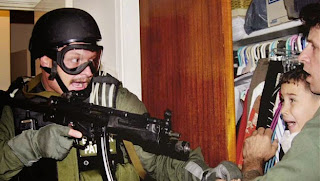 2) As President, now that he is an adult, will you work to force Cuba allow Elia Gonzalez to come to the United States?


Elian Gonzalez would like to return to the United States, he tells ABC News in an exclusive interview.

Gonzalez was found floating off of Florida's coast in 1999, after the boat he was in with his mother capsized. Gonzalez stayed with his uncle in Miami, but the 6-year-old boy soon found himself at the center of a tug of war between Cuba and the United States over whether he should remain in this country or be returned to his father in Cuba.


The pediatrician advising the U.S. government on how best to handle Elian Gonzalez — who told the press the 6-year-old Cuban refugee is being “horrendously exploited” and should be “immediately” removed from Miami relatives’ home — was a member of first lady Hillary Clinton’s secretive health care task force.
. . .
Redlener made headlines earlier this week when the details of a
letter he sent to the Justice Department and the Immigration and Naturalization Service were made public. In the letter, he recommended the government turn the boy over to his father, Juan Miguel Gonzalez — a viewpoint shared by federal officials, Attorney General Janet Reno and the first lady. Mrs. Clinton said she was opposed to congressional legislation granting Elian permanent U.S. citizenship.
. . .
Neither Redlener nor any team members actually met with
the boy or any of his relatives who are currently sheltering him and
seeking to keep him in the U.S.