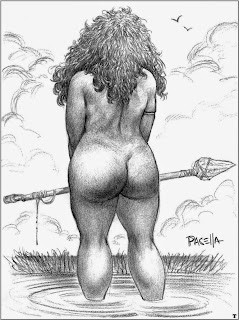 By taking a wrong turn in a dry riverbed in Kenya, scientists discovered a trove of stone tools far older than any ever found before. Nobody knows who made them — or why.

At 3.3 million years old, they push back the record of stone tools by about 700,000 years. More significantly, they are half-a-million years older than any known trace of our own branch of the evolutionary tree.

Scientists have long thought that sharp-edged stone tools were made only by members of our branch, whose members are designated "Homo," like our own species, Homo sapiens. That idea has been questioned, and the new finding is a big boost to the argument that tool-making may have begun with smaller-brained forerunners instead. 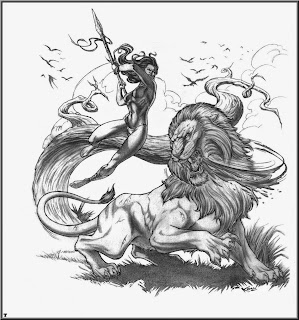 I can't say I'm surprised. Clearly you don't need Einstein's brain to figure out that if you bang two rocks together, you sometimes get sharp edges.


Frank Brown of the University of Utah, an expert in determining the age of fossils who has known about the discovery for a couple years and visited the site, said he is "still kind of staggered by it."

The Nature paper describes 149 stones and stone flakes found west of Lake Turkana in a remote area of northern Kenya. Most objects are "cores," which are stones that have been struck to break off sharp-edged flakes. Other stones appear to have been used as hammers or anvils. 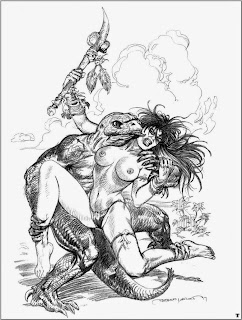 So the site is a campground or quarry where the stones were worked, but the items being made were likely carried away and scattered around the landscape?


As stone tools go, the artifacts are remarkably big. On average, the cores stretch about 6 inches long and wide and weigh nearly 7 pounds, for example, while the flakes are up to 8 inches long.

Compared to the next-oldest-known tool artifacts, "these things are enormous," which adds to the mystery of what they were used for, said David Braun, a tool expert at George Washington. 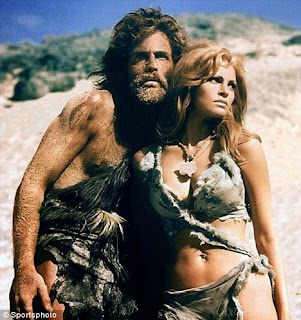 I would think that early in the evolution of tool making, that bigger tools would be easier to master.


Then there's the question of who made them. "The jury is out on that," Lewis said. One candidate would be some Homo species not yet known to science, he said. Other possibilities come from outside the Homo branch, such as Australopithecus afarensis, best known for the skeleton nicknamed Lucy. Still another candidate is a creature called Kenyanthropus platyops, known from remains found not far from the site of the stone tools.

Nick Toth, who co-directs the nonprofit Stone Age Institute in Bloomington, Indiana, and is a professor at Indiana University, said it wouldn't surprise him if the tools were made by a creature with a brain smaller than what's found in Homo. Although he suspects the tools were made by Australopithecus, he said some of them resemble what bonobo chimps have produced when taught to do so in his own experiments.

But until they prove otherwise, I will choose to hope they were made by an unknown race of good looking Amazon type women, and their good looking cave consorts.

Thanks to Bill for linking to this.

Wombat-socho  managed to get "Rule 5 Sunday: The Road To Sin City" done after all.
Posted by Fritz at 6:00 AM