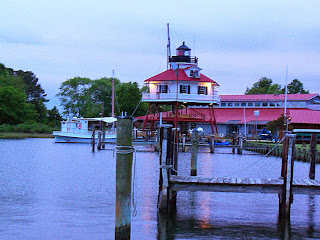 I went out with Walleye Pete for a walk on trip to fish the Eastern Shore. Weather called for mid-50s with 5-10 kt East winds, with cloudy skies and some rain later in the afternoon. 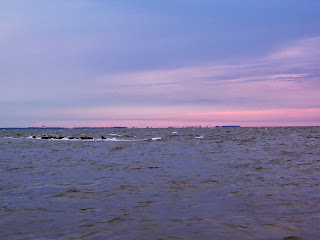 We got the cloudy skies, and the East winds. Our first stop was Cedar Point, where a father and son Vietnamese team (Bic and Wi) caught a single 5 lb Striped Bass on a top water lure. They later told us how they came to the US as boat people after many attempts. The father worked as a cabbie, and one son works in IT, and the other became a doctor. 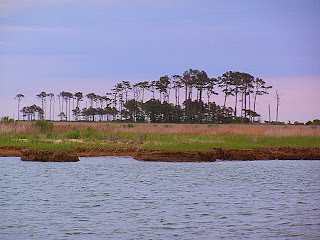 We hit numerous sites along the eastern side, picking a few small fish, here and there, including one Hickory Shad. We had a hard time explaining to Bic that we couldn't keep the shad. 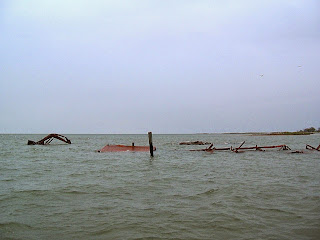 Some of the sites were familiar old favorites. . . 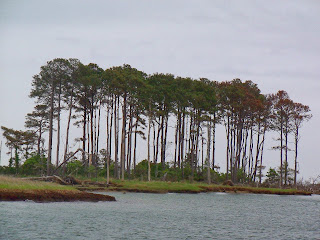 And some were new to me, at least. The rain arrived earlier than expected, and the wind picked up to 10-15 East, and we abandoned the Eastern side early.
Posted by Fritz at 4:17 PM