Another partly sunny, breezy, glorious day at the beach. We arrived in the afternoon, just at high tide (so the fossil hunting was awful). The beach was packed. 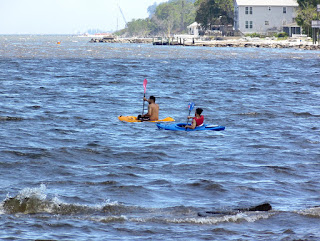 The 15-20 mph south wind had a chop kicked up on the south side of the jetty. It didn't stop this couple from kayaking. 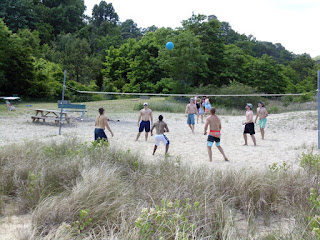 A game of beach volleyball was being played at the volleyball court. I think they were cheating by actually keeping score. 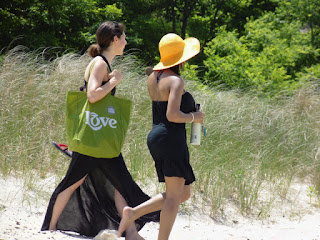 Lots of people just coming down to soak up the sun 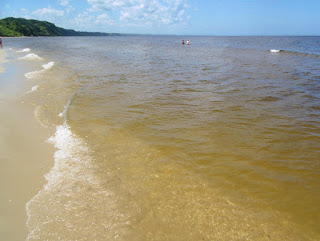 The incipient red tide I reported a few days ago has blossomed into a thick soup. You can even smell it in the air, if you have the experience of growing algae in the lab. 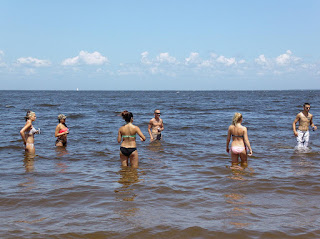 The was a game of Frisbee being played in the water. In this case, the rules seemed to require holding a beer to handicap your agility and ability to grab. 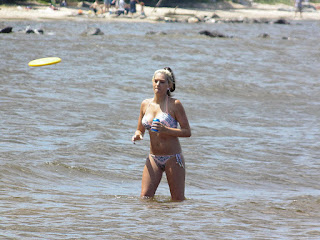 We had a surprising first today. As we rounded a corner at Calvert beach we encountered our very first nude sun bather. She had a companion out in the water skinny dipping (NSFW). 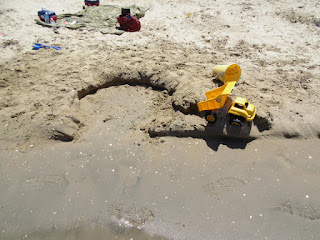 Some heavy construction work going on. 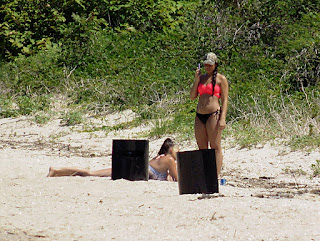 Now, that's quite a pair of speakers! 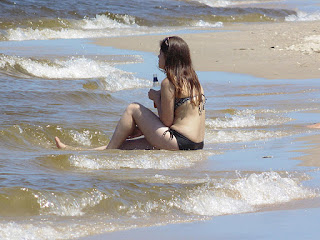