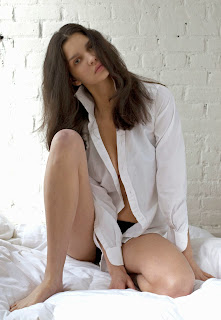 Actually, the pregnancy wasn't bogus, just the identity of the father:


A Manhattan model who once dated actor Gerard Butler brought rape charges against a fashion photographer — but the case fell apart when she claimed he got her pregnant and a DNA test proved he was not the father, The Post has learned.

Latvian-born stunner Alesia Riabenkova, who has done work for Guess and graced the covers of Glamour and Elle magazines, met the lensman at a Long Island City lounge in October to discuss her struggling career. 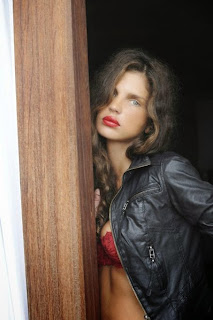 I've never heard a photographer called a lensman before. It hits my ears a bit odd, perhaps because as a teenager I was a keen reader of the "Lensman" series by E. E. "Doc" Smith.


The two chatted over champagne about a potential photo shoot and then went back to his condo in a nearby luxury high-rise.

About 45 minutes later, Riabenkova told a doorman she had been raped by the photographer and asked him to call 911, said his lawyer, Tom Kenniff.

Police arrested the lensman, and he spent a night behind bars. Prosecutors soon downgraded the charge to sexual misconduct because they found holes in her story and her rape kit tested inconclusive, Kenniff said. 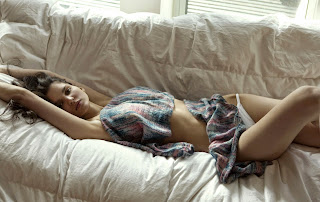 It sounds like she might have lured him to the apartment for a "business" deal that he found not to his fancy.


Then, in January 2015, Riabenkova made a shocking claim — telling prosecutors she was impregnated during the alleged rape and wanted an abortion.

The DA’s Office told the clinic to preserve the biological material, and Kenniff immediately asked for a DNA test. 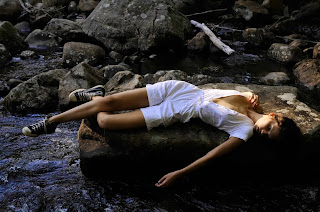 She forgot about DNA? Bummer. For her.


The results proved his client was not the father, and on May 15 the case was thrown out and sealed.

Riabenkova, 22, refused to talk to a Post reporter on Friday at her swanky Flatiron building, saying through a doorman that she was “sick.” 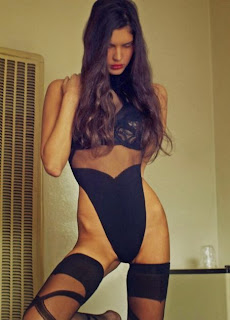 Sick of answering questions she doesn't have good answers for?


Asked whether his client would file a civil suit against the catwalk stunner, Kenniff said, “We are exploring all options.”

So she was preggers and decided she could use that fact of force a man who was not the father to care for it? Wouldn't be the first time.

Sometimes, pretty women are just too crazy to be worth the trouble.

Wombat-socho sends the master list "Rule 5 Sunday: Hot Times In Houston" from the road.
Posted by Fritz at 6:00 AM