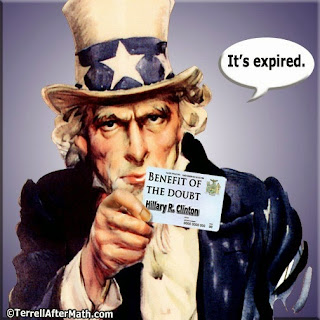 A federal judge has reopened an open-records case trying to pry loose some of former Secretary of State Hillary Rodham Clinton’s emails, marking the first time a court has taken action on the email scandal.

Judge Reggie B. Walton agreed Friday to a joint request by the State Department and Judicial Watch, which sued in 2012 to get a look at some of Mrs. Clinton’s documents concerning a public relations push.

Both sides agreed that the revelation that Mrs. Clinton had kept her own email server separate from the government, and exclusively used her own email account created on that server, meant that she had shielded her messages from valid open-records requests.

Now that she has belatedly turned some emails over, the government offered — and Judge Walton confirmed in his ruling — that the agency should search them all to see whether any should have been released to Judicial Watch.

“This is the first case that’s been reopened,” Tom Fitton, president of Judicial Watch, said Friday. “It’s a significant development. It points to the fraud by this administration and Mrs. Clinton.”

Judge Napolitano explains this in a Fox video at Hot Air.

Sounds like the judge is pissed that Hillary was hiding stuff. Not good. For her. Good for the country, though. 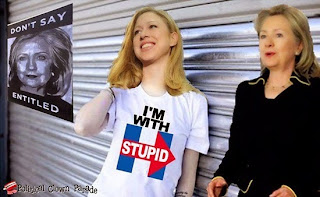 Meanwhile, a C-Span executive and presidential historian suggests that in a Hillary administration, Chelsea could be pressed into service as "First Lady"


'There is a social function to the first lady's role, and that will not go away,' C-SPAN co-CEO Susan Swain said. 'Diplomacy' is conducted through social settings, 'and it is important to have somebody in that role.'

Several first daughters have filled the role of hostess in place of their mothers throughout American history, Swain, the producer of C-SPAN's acclaimed series on America's first ladies and the author of a book on the same subject, said, noting that there is precedent for such an arrangement.

'The best guesstimate with the Clintons is that Chelsea Clinton would take over that role,' Swain said.

I think it's sexist to suggest that Bill couldn't fulfill the role of "first spouse" and if he's not willing to step up for Hillary, they shouldn't run for a 4th and potentially 5th terms as co-presidents.

And this advice from our British friends: Chelsea Clinton is no longer off limits

Now 35, she is no longer the gawky teenager of her father's tumultuous White House years or indeed the slightly awkward, just-out-of-college twenty-something who campaigned so hard (400 events) for her mother in 2008.

Eight years on, she has grown into a very different figure, as could be seen last week as Chelsea and Bill made their semi-Royal progress around Africa reviewing the good works of the Clinton Foundation, where Chelsea has played a leading role since 2011.

The trip was a good example of how Chelsea is no longer just a public figure - a matter in which she had no choice - but also now a political one too.

The Clinton Foundation undeniably does good works but has it always laboured somewhat under the impression that its philanthropy is at least as much about showing love to the Clinton family brand as it is about dispensing medicines and hearing aids in Africa.

The recent raft of allegations about the Clintons using the foundation as a part of a hazy web of influence-pedalling has hit the nascent Hillary campaign hard, and it is noteworthy that Chelsea has been directly involved in the push-back.

“It's always about the work,” she said in an interview with Washington Post in Africa this week. “I've never had anyone talk to me about my parents in a political capacity for a foundation programme.”

Ah yes, "the work" for which almost 10% of the bribe money donations are put to.
Posted by Fritz at 4:01 PM