The actual quote is ‘Worse than anything Nixon ever did’ and it comes from a government person investigating how investigative reporter Sharyl Attkisson's computers were bugged, and evidence planted on it, with the presumed intent of using either to prosecute or blackmail her into desisting in her attempts to investigate scandals in the Obama admininstration:


The intrusions into former CBS News correspondent Sharyl Attkisson’s computers constitute the narrative spine of the reporter’s new book “Stonewalled: My Fight for Truth Against the Forces of Obstruction, Intimidation, and Harassment in Obama’s Washington.” The book starts with not really a word, but a sound: “Reeeeeeeeeee.”

That’s the noise that Attkisson’s Apple computer was making at 3:14 one morning. A Toshiba laptop computer issued by CBS News did the same thing a day earlier, around 4 a.m. All this goes down in October 2012, right in the midst of the Benghazi story. A person who’s identified as “Jeff” warns Attkisson: “I’ve been reading your reports online about Benghazi. It’s pretty incredible. Keep at it. But you’d better watch out.” “Jeff,” like several of the names in “Stonewalled,” is a pseudonym.
. . .
“[B]y November 2012,” she writes, “there are so many disruptions on my home phone line, I often can’t use it. I call home from my mobile phone and it rings on my end, but not at the house.” More devices on the fritz at Attkisson Central: “My television is misbehaving. It spontaneously jitters, mutes, and freeze-frames,” she writes, noting that the computers, TVs and phone all use Verizon’s FiOS service. At one point, “Jeff” inspects the back of Attkisson’s house and finds a “stray cable” attached to her FiOS box. That cable, he explains, could be used to download data. (Read more: The bizarre tale of Sharyl Attkisson’s spare wire)

Next big moment: Attkisson gets her computer checked out by someone identified as “Number One,” who’s described as a “confidential source inside the government.” A climactic meeting takes place at a McDonald’s outlet at which Attkisson and “Number One” “look around” for possibly suspicious things. Finding nothing, they talk. “First just let me say again I’m shocked. Flabbergasted. All of us are. This is outrageous. Worse than anything Nixon ever did. I wouldn’t have believed something like this could happen in the United States of America.” That’s all coming from “Number One.”

The breaches on Attkisson’s computer, says this source, are coming from a “sophisticated entity that used commercial, nonattributable spyware that’s proprietary to a government agency: either the CIA, FBI, the Defense Intelligence Agency, or the National Security Agency (NSA).” Attkisson learns from “Number One” that one intrusion was launched from the WiFi at a Ritz Carlton Hotel and the “intruders discovered my Skype account handle, stole the password, activated the audio, and made heavy use of it, presumably as a listening tool.”

To round out the revelations of “Number One,” he informs Attkisson that he’d found three classified documents deep inside her operating system, such that she’d never know they were even there. “Why? To frame me?” Attkisson asks in the book.

Yes, it is worse than Nixon. Nixon's self directed burglars were only looking for evidence that the Democratic National Committee had broken the law. Obama's spies, self directed or not, appear to have turned the national security apparatus on a woman who continues to investigate things they would rather not see investigated. If, as alleged, they planted illegal material on her hard drive, for whatever purpose, somebody at those agencies needs to sent to jail. And if Obama abetted the cover up after the fact, he should be impeached.

I just bought a copy of her book at another blog site (I can't claim credit at my own, for some odd reason). 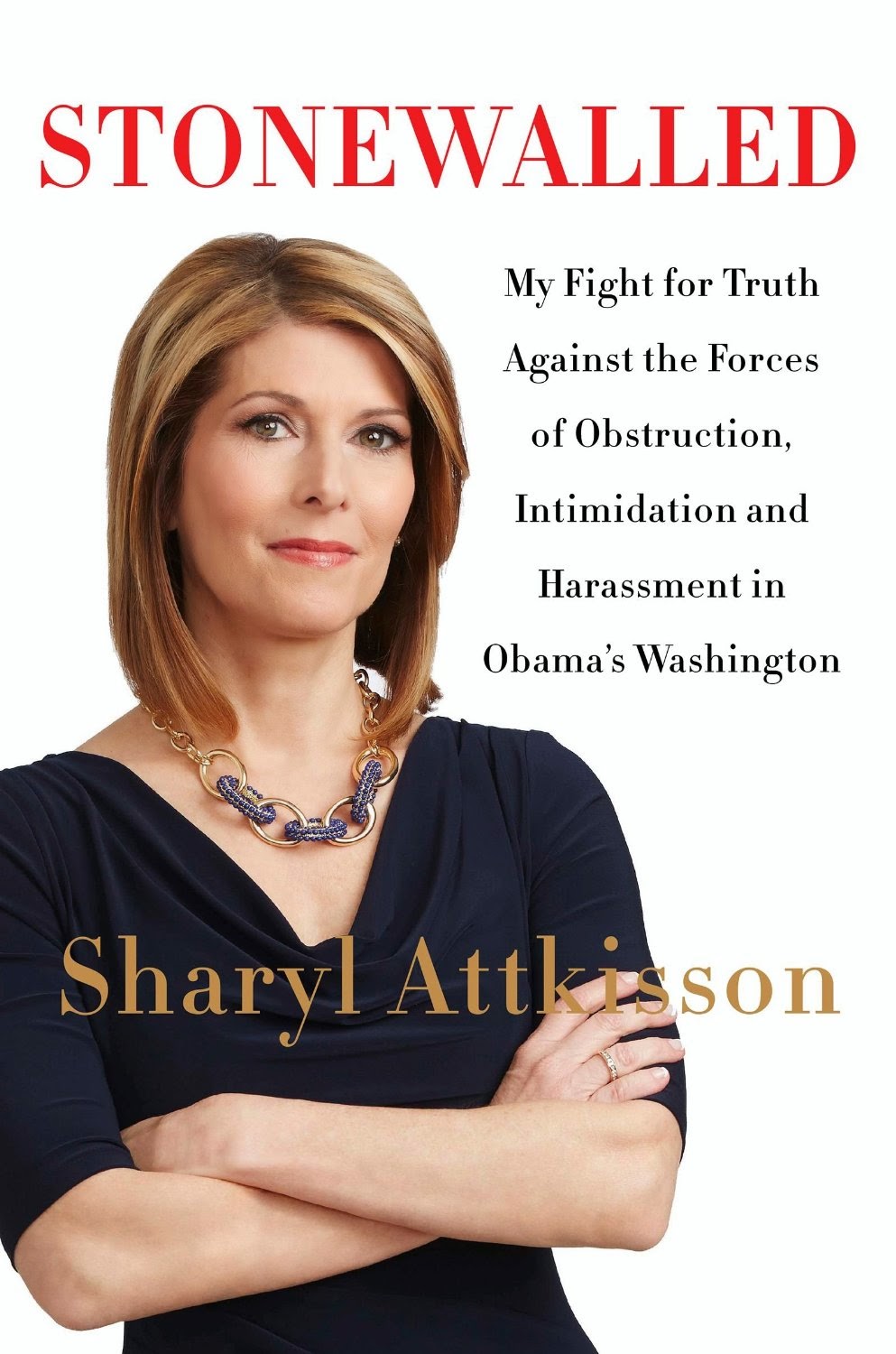 This link will order it through my Amazon Associates account.  However you do it, you must read this book.
Posted by Fritz at 4:13 PM