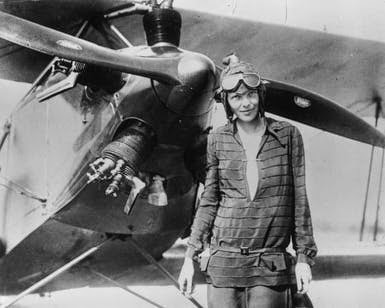 
A fragment of Amelia Earhart's lost aircraft has been identified to a high degree of certainty for the first time ever since her plane vanished over the Pacific Ocean on July 2, 1937, in a record attempt to fly around the world at the equator.

New research strongly suggests that a piece of aluminum aircraft debris recovered in 1991 from Nikumaroro, an uninhabited atoll in the southwestern Pacific republic of Kiribati, does belong to Earhart’s twin-engined Lockheed Electra. 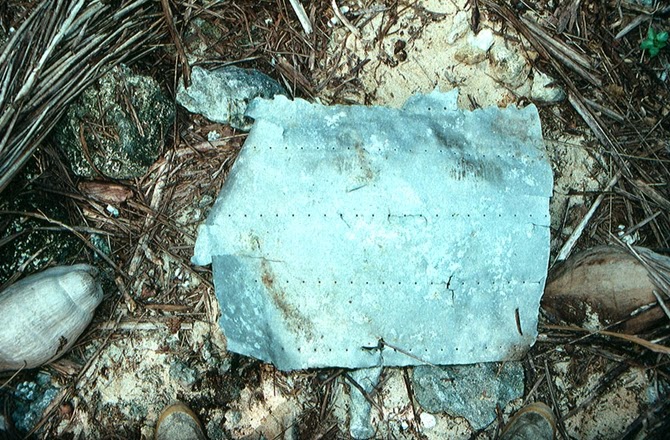 According to researchers at The International Group for Historic Aircraft Recovery (TIGHAR), which has long been investigating the last, fateful flight taken by Earhart 77 years ago, the aluminum sheet is a patch of metal installed on the Electra during the aviator’s eight-day stay in Miami, which was the fourth stop on her attempt to circumnavigate the globe.

The patch replaced a navigational window: A Miami Herald photo shows the Electra departing for San Juan, Puerto Rico on the morning of Tuesday, June 1, 1937 with a shiny patch of metal where the window had been. 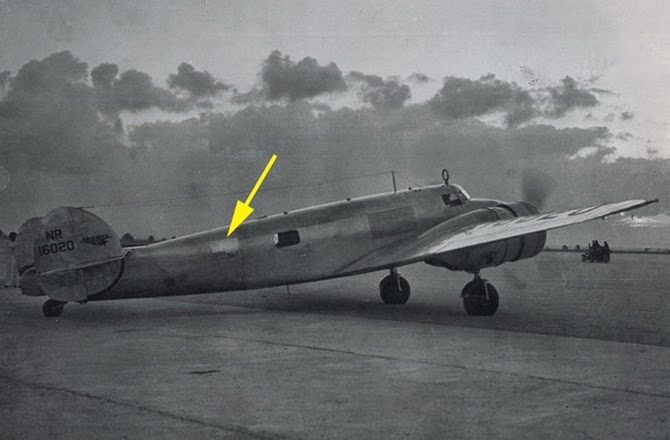 That's not the only piece of evidence tying Earheart's plane to Nikumaroro:


Previous research on a photograph of Nikumaroro's western shoreline taken three months after Earhart's disappearance revealed an unexplained object protruding from the water on the fringing reef.

Forensic imaging analyses of the photo suggested that the shape and dimension of the object are consistent with the landing gear of a Lockheed Electra.

Moreover, an “anomaly” that might possibly be the wreckage of Amelia Earhart's aircraft emerged from analysis of the sonar imagery captured off Nikumaroro during TIGHAR’s last expedition.

The object rests at a depth of 600 feet at the base of a cliff just offshore where, according to TIGHAR, the Electra was washed into the ocean. An analysis of the anomaly by Ocean Imaging Consultants, Inc. of Honolulu, experts in post-processing sonar data, revealed the anomaly to be the right size and shape to be the fuselage of Earhart’s aircraft.

And what happened to Earhart and her navigator, Fred Noonan?


“Earhart sent radio distress calls for at least five nights before the Electra was washed into the ocean by rising tides and surf,” Gillespie said.

And yet, when the atoll was searched three months later, no trace of Earhart was found. So much for the romance of desert isles, a la Gilligan's Island.


In 1997, New Zealand TIGHAR member Peter McQuarrie was doing research in the Kiribati National Archives on Tarawa for his World War II history book Conflict in Kiribati, and came upon a file titled “Skeleton, Human, finding of on Gardner Island.” It contained copies of 1940-41 wireless traffic between Gallagher on Nikumaroro and his superiors, mostly in Fiji, about the discovery of a partial human skeleton near the southeast end of the island. The bones were associated with a woman’s shoe and a sextant box, as well as a Benedictine bottle and the remains of a fire with bird and turtle bones. Gallagher thought they might represent the remains of Earhart.