But who knows, I might miss the Redskins vs. Cardinals kickoff at 4:25 PM on Fox, so here's some cheer leaders:

And shockingly, a dyed in the wool liberal defends football, sort of: In Defense of Male Aggression: What Liberals Get Wrong About Football: 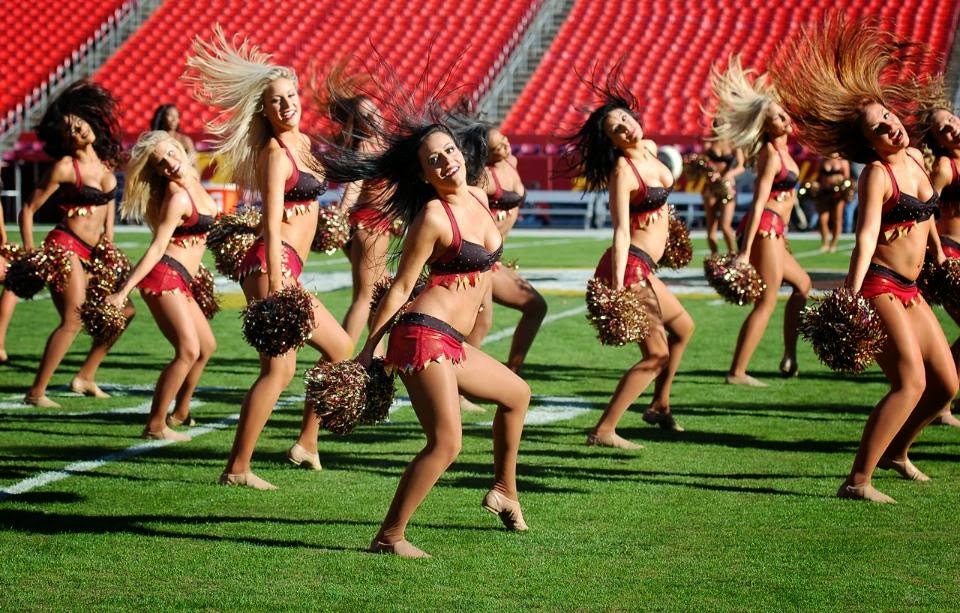 . . . The death of a child is obviously heartbreaking. What lesson should we draw from it? Time strongly implies that high-school football is a uniquely dangerous activity. “Eight people died playing football in 2013, the highest toll since 2001, when there were nine, according to the National Center for Catastrophic Sports Injury Research at the University of North Carolina,” the magazine reports. “All were high-school players. During the 2013–14 academic year, no other high-school sport directly killed even one athlete.” 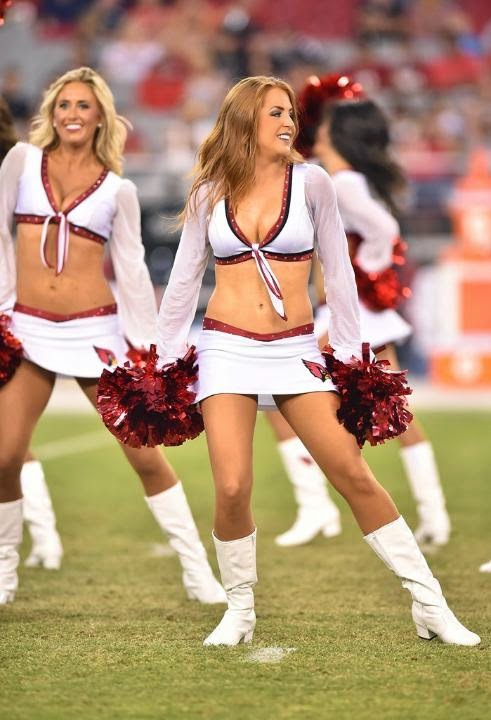 Those statements are all factually true. The implication is false. The same organization cited by Time found that, over a 30-year period, football is not a uniquely deadly sport for high-school athletes. It is not even the deadliest sport. High-school football has a fatality rate of 0.83 per 100,000 participants. This is actually lower than the rates of boys’ basketball (0.92), lacrosse (1.00), boys’ gymnastics (1.00), and water polo (1.3). There were three heartbreaking deaths of high-school football players last week, each of which attracted wide media coverage the way that tragic low-frequency events often do. But the unusual cluster of unfortunate deaths does not indicate a broader trend any more than the crash of an airliner signals an increasing danger associated with air travel. 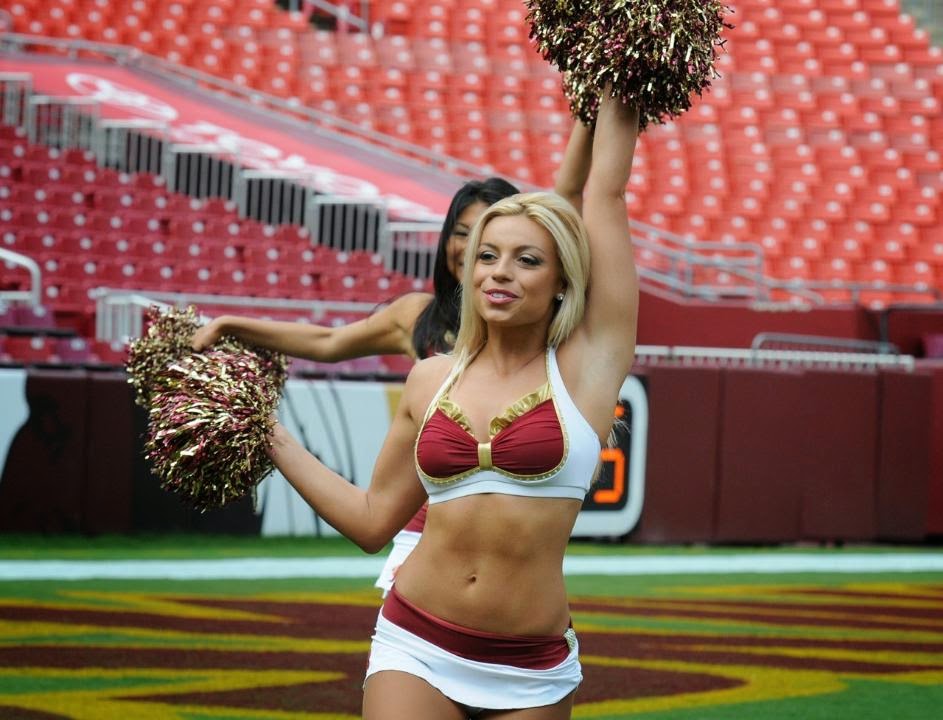 The tobacco and fossil-fuel industries have ruined the phrase “The science is uncertain” just as surely as Richard Nixon ruined “I am not a crook.” But some politicians actually aren’t crooks, and the science of the effect of concussions is, indeed, uncertain. We do know some things. The effect of concussions on the brain is serious and frightening. A set of eyes is all you need to tell that the problem is dire at the professional level, and participants endure far more punishment, from larger and faster competition, and for much longer, than a high-school kid might. Cases of broken professional-football players are everywhere, and they are getting younger; just last week an autopsy revealed that the brain of Jovan Belcher — an NFL linebacker who fatally shot his girlfriend and then himself at age 25 — showed signs of a degenerative disease. 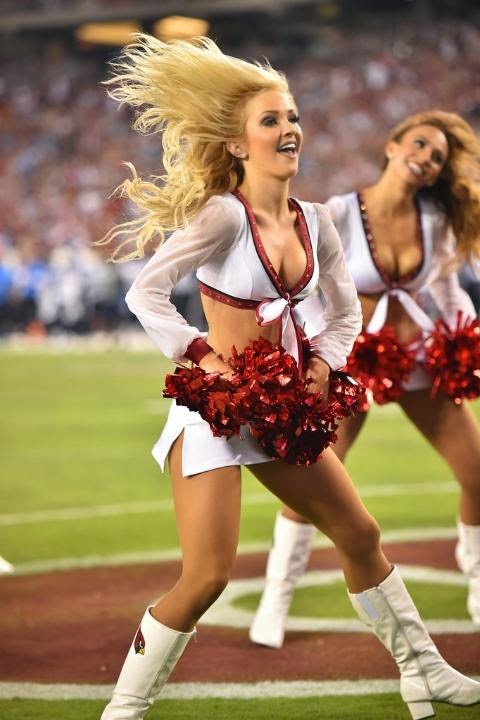 But a set of eyes is also all you need to see that nothing like the effect of NFL brain damage is replicated at the high-school or youth level. More than a million boys play high-school football every year. If the effects of those games remotely approached those afflicting former professionals, there would be millions of American men walking around with brain damage and a national epidemic of male suicide. The tragic cases of brain-damaged NFL veterans that have filled the news — the Junior Seaus, theDave Duersons — would be replicated on a scale a thousand times as large. That something like this has escaped attention until now defies plausibility. 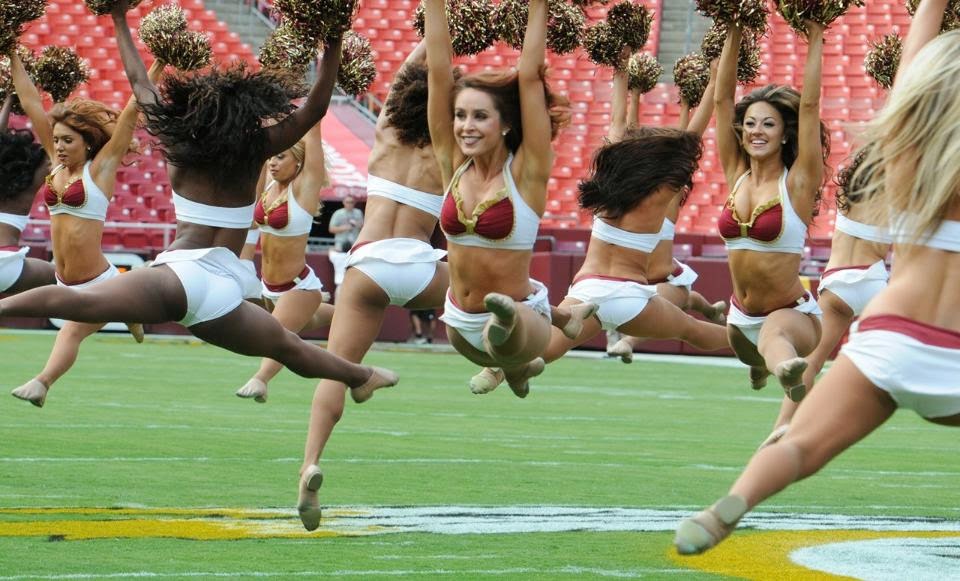 It is true that the improvements of weight-training methods have made high-school football players, at least at the highest levels of competition, bigger and stronger than those of a generation ago, which may produce as-yet-unrealized hazards. And we do know that it may be a series of minor concussions that ultimately poses the biggest threat to the brains of football players. Thankfully, we also have data about how common concussions are in other sports, and that data gives us no reason to consider high-school football a dramatically riskier activity. Measures vary, but a recent study found the odds of sustaining a concussion during a football practice or game (6.4 times per 10,000 athletic events) runs ahead of sports like girls’ soccer (3.4 times per 10,000), boys’ lacrosse (4), and ice hockey (5.4). In other words, the concussion risk in boys’ football is about twice as high as in girls’ soccer and about one-third higher than in hockey. This is an incrementally higher risk — on the order of driving an older car versus a newer one, as opposed to the elevated risk of, say, taking a job as a drug mule over becoming a librarian. 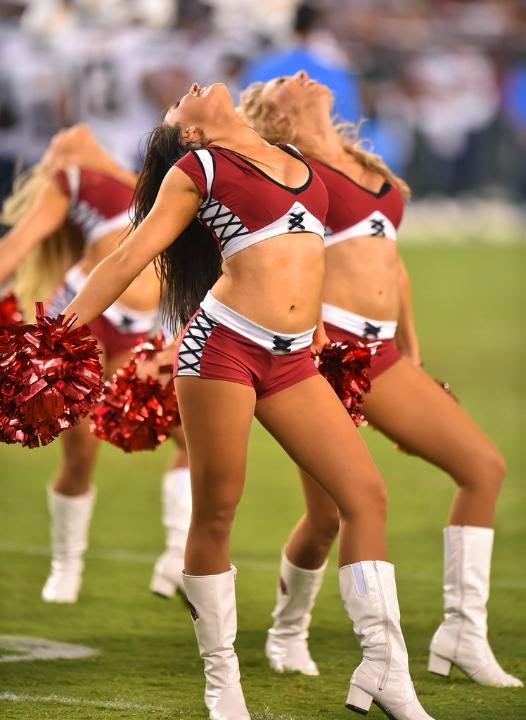 But risk is not something Americans assess coolly. We prefer to alternate between ignorant bliss and spasms of moralistic hysteria, and as the moral panic around football has spread, it has not only expanded beyond the NFL, a well-deserved target, but has at times left that target behind. Buzz Bissinger, author of the classic 1990 Texas high-school football chronicle Friday Night Lights, argues, “There is a sickness in football, but one that has to do with its overemphasis in academic settings, high-school kids as gods and college players in college only to play.” Bissinger has argued for banning college football, and Malcolm Gladwell has compared the sport to dogfighting. 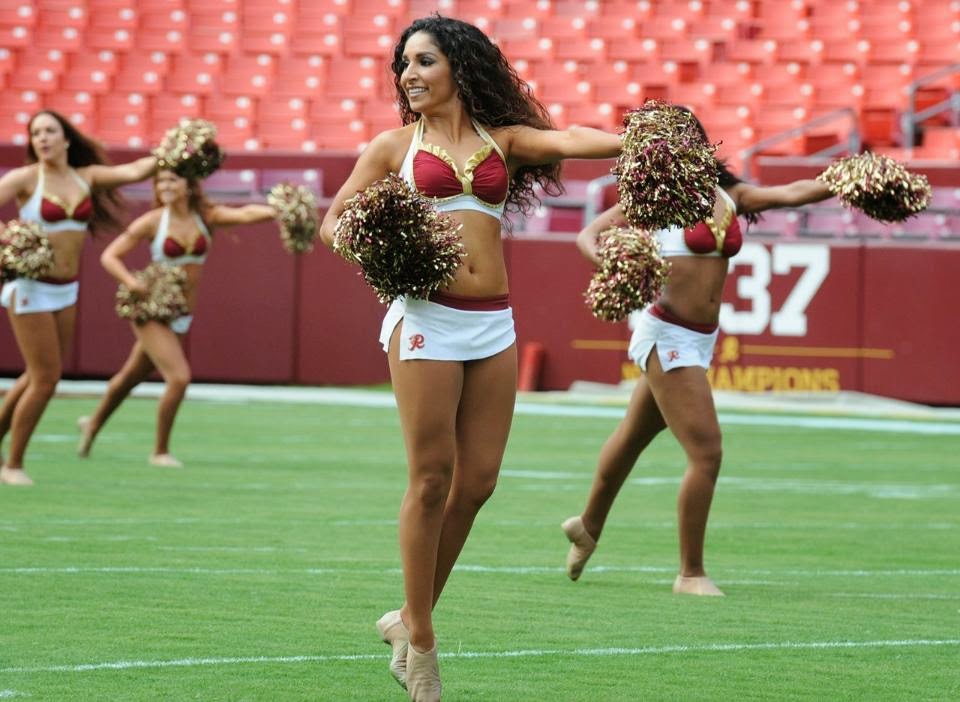 The NFL is, for all its cultural centrality, a case apart: a professional organization with plutocratic owners and the freakish tail of the bell curve as labor, which ignored for years evidence of the dangers of concussions (even resisting funding long-term post-retirement health care). Roger Goodell’s handling of the Ray Rice case is just the latest instance of his complete moral blindness; he absolutely has to go. The NFL must continue to reform its approaches toward player safety and domestic violence, and it is even possible that the safety level cannot be brought within tolerable bounds given advances in weight and speed training and that professional football as we know it will have to die. But the matter more immediately at hand is a broader indictment of a ritual of socialization for American boys that sits uneasily alongside modern tolerant mores. Before we prosecute that American obsession, we ought to try at least to understand it. 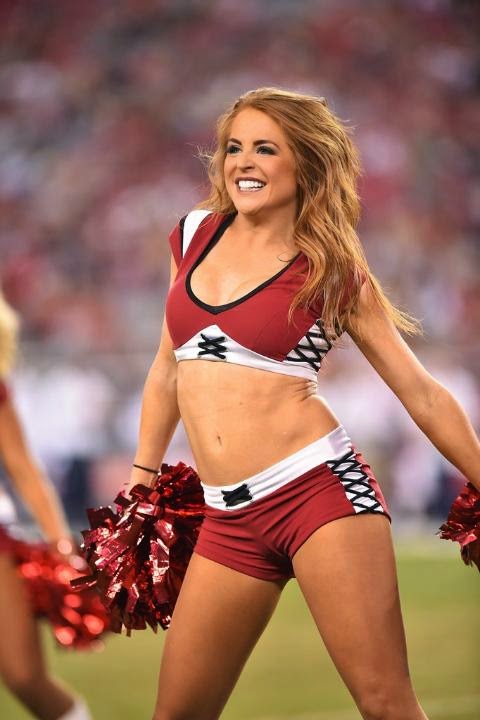 Football tends to attract boys suffering from testosterone poisoning, and certainly it is far from a surefire cure. Perhaps we’d all be better off if boys could be guided into totally peaceful pursuits, but not all teenagers are cut out for chess club. Football channels boys’ chauvinistic belligerence into supervised forms, shapes them within boundaries, and gives them positive meaning. These virtues, like those often attributed to the military, can feel like clichés imported from an earlier era — and yet discipline and directed ambition are, as every social scientist knows, the bedrock of success in adulthood. And also like the military, that other bastion of social authoritarianism, football has actually changed with the culture — its disregard for player safety and its misogynistic conflation of weakness with femininity have shrunk from the norm to the hoary exception. To cite just one example, over the last dozen years, the program Coaching Boys Into Men, which uses coaches to teach male athletes to respect females, has flowered nationally. Football has fallen victim to the paradoxical dynamic by which liberal culture’s awareness and sensitivity have succeeded in reducing violence but in so doing made the problem of violence seem even more anachronistic. 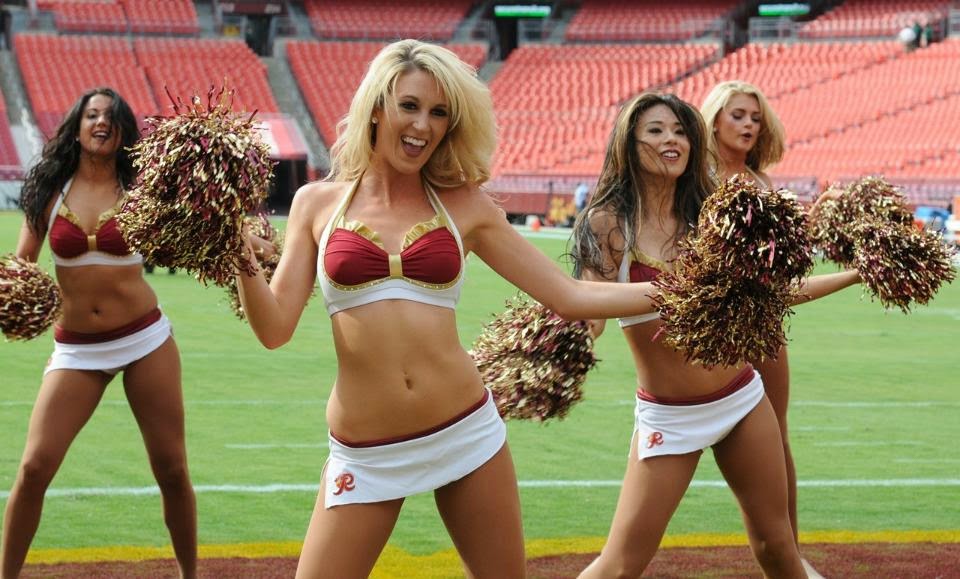 Over the last generation, the social experience of American youth has rapidly liberalized. The cultural mores of my school life largely resembled those of my parents’, but the socialization awaiting my children has transformed beyond recognition. Rather than allowing kids to “settle their differences” — i.e., allowing the strong and popular to prey upon the weak and vulnerable — authorities aggressively police bullying. Schools are rife with organizations to support gay students, something unimaginable not long ago. Nerdy and cool, once antithetical terms, now frequently describe the same things, like affinity for comic-book characters or technological savvy. American schools have mostly moved beyond a world where football players (and, correspondingly, cheerleaders) embody the singular hierarchical ideal of their gender. This is entirely to the good, a triumph of egalitarianism. 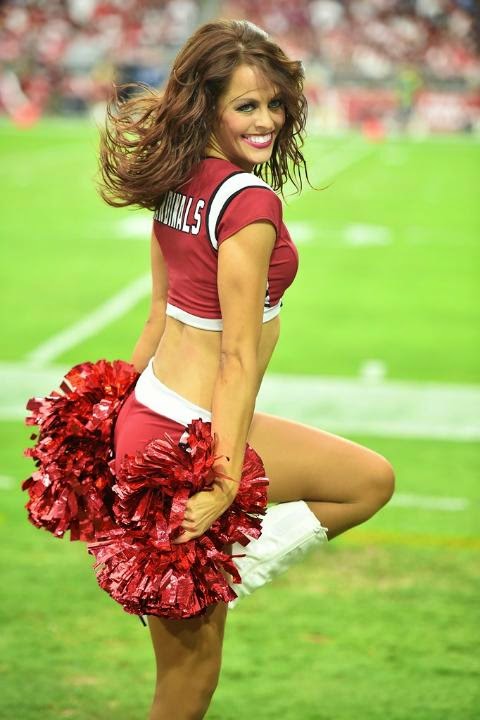 In fact, it is a sign of this advance that American society is now questioning whether football has any role within it at all. But it also marks a point where the advance of social liberalism has swung from the defensive (creating a place of respect and value for those who have long been excluded) to the offensive (suggesting that only a world conforming closely to down-the-line-liberal values is worth living in).


The social psychologist Jonathan Haidt has argued that people naturally gravitate toward competing notions of morality. Some of those, like fairness and caring, are associated with liberalism. Others, like loyalty and respect for authority, are associated with conservatism. Football is obviously not just for conservatives, but it does embody the conservative virtues. The backlash against it is a signpost of a new social system unwilling to consider that the worldview of one’s political adversaries might have any wisdom to offer at all and untroubled by the fear that, perhaps, football exists because it channels a genuine, deep-seated impulse. In this case, that discipline might be a helpful response to impulses of aggression, and not just a false-heroic myth used to legitimize and justify brutality. . .

Blah, blah, blah. Go Redskins! Or Cardinals! Whatever! Who the hell names a sports team after an inoffensive songbird, anyway?  I thought the team symbols were supposed to denote ferocity and bravery, not color and cuteness. 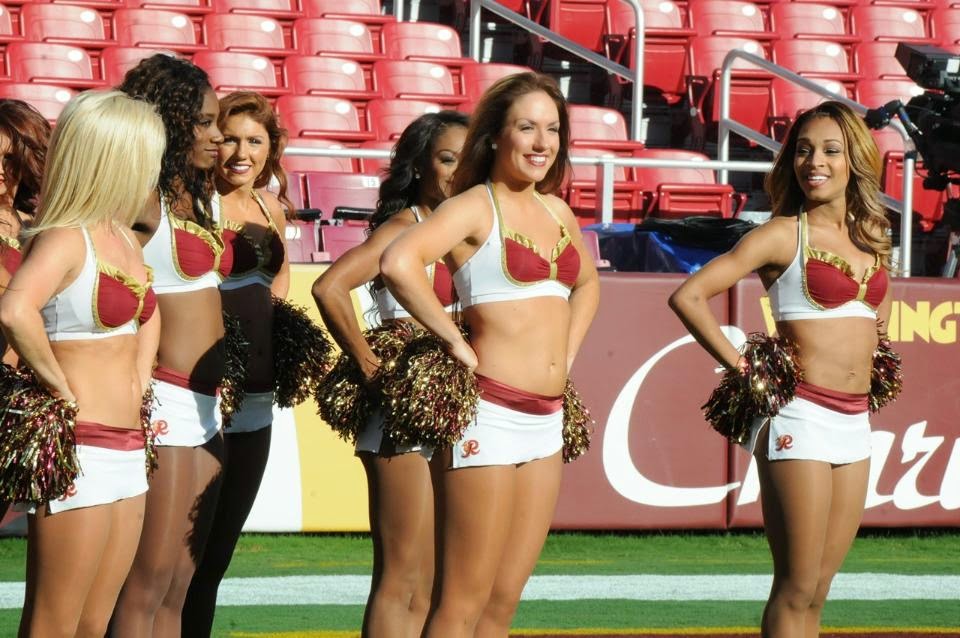 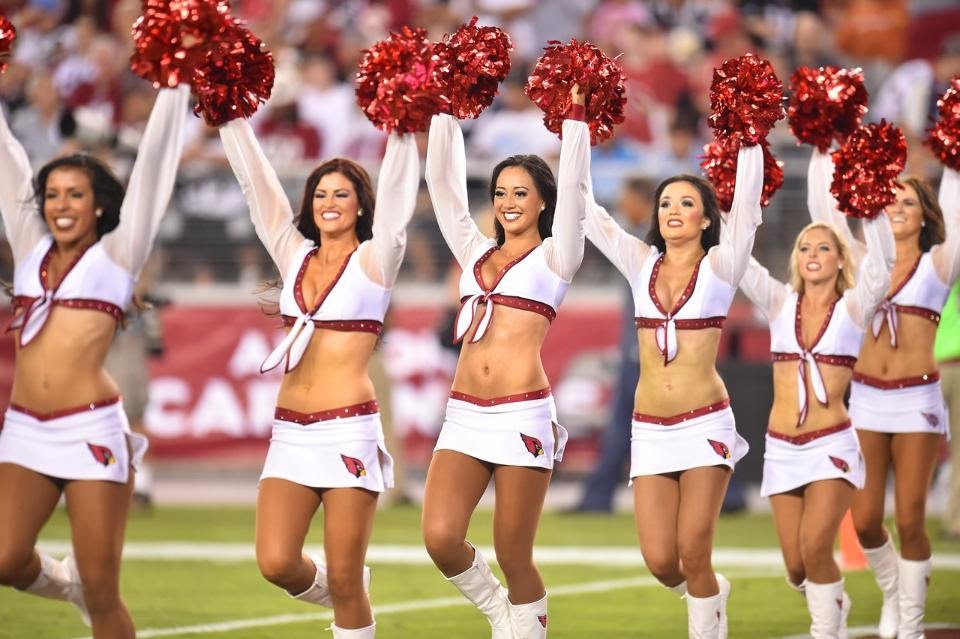 Wombat-socho has the weekly "Rule 5 Sunday: Shadows Of The Night" up at The Other McCain.
Posted by Fritz at 8:00 AM