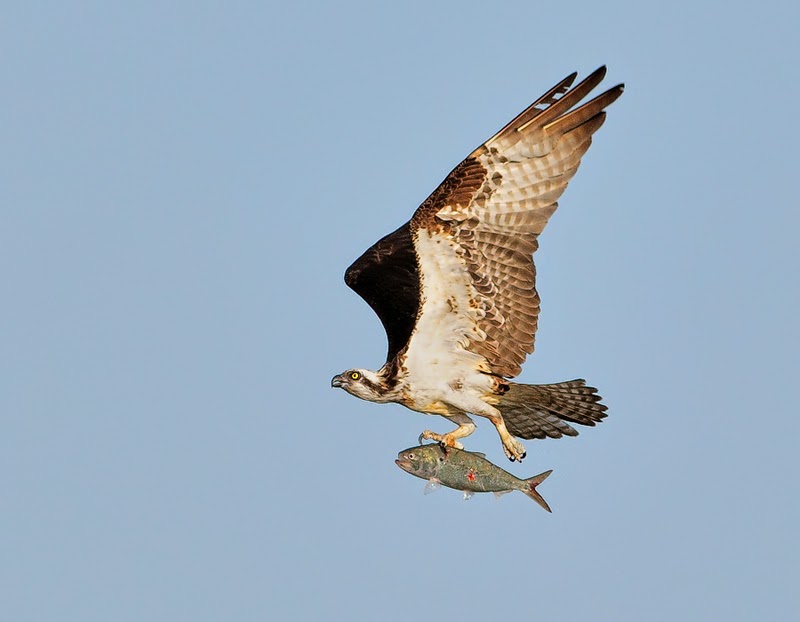 
Pharmaceutical compounds from makeup and drugs are turning up in streams and rivers all over the world, even in remote Yucatan cenotes, but for now, they don’t seem to be working their way up the food chain.

The chemicals have been finding their way into the environment, primarily through wastewater, urban runoff and even biosolids applied to agricultural lands, but he impact on wildlife is unknown, so researchers with the U.S. Geological Survey and Baylor University teamed up to try and track the pollutants through the food chain by testing ospreys.

The birds do not carry significant amounts of human pharmaceutical chemicals, despite widespread occurrence of these chemicals in water, according to their findings. Ospreys occupy the top of the food web, often nest in highly industrialized or urban areas, and eat only fish, making them an ideal sentinel for monitoring localized contaminants.

Rebecca Lazarus and her colleagues at the USGS conducted water analyses from 12 sites in the Chesapeake Bay area, and drew blood samples from fish and osprey nestlings living along surrounding waterways.
. . .
Only one compound was found at detectable levels in osprey blood plasma, which indicates these compounds are not generally being transferred up the food web.

“Only the antihypertensive drug diltiazem was detected in the blood of all sampled osprey nestlings, and was present at very low concentrations,” said Lazarus. “The thresholds for this drug are unknown in ospreys at this time, and there is no overt evidence to suggest adverse effects.”

One feature of most pharmaceutical drugs is that they have a fairly short life span in the body, so I guess it's not much of a surprise that relatively little makes it up the food chain.  Still, it's good

Maybe the diltiazem will help the young Ospreys keep their blood pressure down when they are subjected to acts of piracy from the Bald Eagles
Posted by Fritz at 5:21 PM