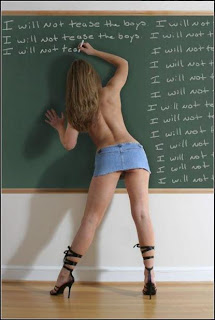 What, no shoulder, midriffs, lower back or underwear?  What is this, Sharia? 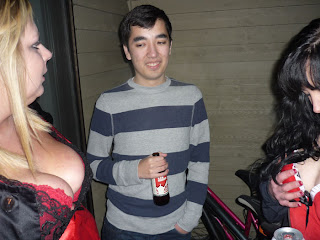 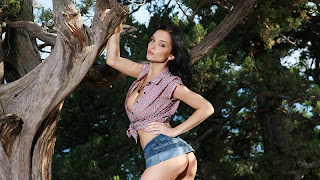 “We work our asses off here, and school is about learning. Clothing is not important,” said ninth-grader Lucy Greider, who said she has been sent to the office 10 times this school year for showing off too much cleavage, midriff or shoulder. 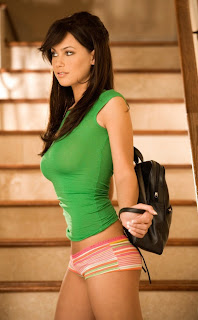 Ten times?  She's a slow learner.  Or very stubborn.  But it's not important to her.

“Sometimes, the teachers will call you out in the hallway, [but] I like what I wear. I want to have my own style in school,” she added. “A lot of the classrooms don’t have a/c’s and when it is 80 degrees outside and it is really hot, it’s perfectly OK to show a little skin.”

The dress code, which was introduced in the fall, bars students from donning tops with text or images in bad taste.

Bad taste is subjective.  It's like grading on a curve.


Shorts, dresses and skirts are not permitted to end above the fingertips when students extend their arms down at their sides.

Principal Stanley Teitel didn’t respond to an e-mail seeking comment. But he told the student newspaper last year — when the dress code was first under consideration — that the policy was intended to create a better learning environment.

I remember 9th grade, my math teacher Mr. Dinkle (yes really), sending girl after girl to the office for skirts that were "too" short.  His point was to tire the office and make them give up.  It worked.

As always, thanks to Wombat-Socho for including this (and the others) in Rule 5 Sunday "Train in Vain" at The Other McCain.
Posted by Fritz at 6:00 AM