Flathead Catfish in the Susquehanna 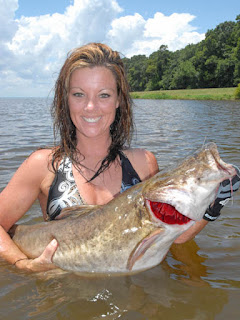 We've seen lots of attention paid to the Blue Catfish, a large species of catfish native to the Mississippi drainage that has become a dominant member of local waters, but there is another non-local catfish that has also become well ensconced in the Susquehanna River system. Middle Susquehanna Riverkeeper, Second of a 3-part podcast series on the invasive flathead catfish covers how they have impacted other rivers

In the second of what will be a three-part series on invasive flathead catfish, ​PA Fish and Boat Commission biologist Geoffrey Smith, research student Sydney Stark and Assistant Professor of Biology at Penn State-Hazleton Megan Schall chatted with John Zaktansky o on the most recent episode of the Middle Susquehanna Riverkeeper Podcast.

Flathead Catfish are a favorite for catfish "noodlers." 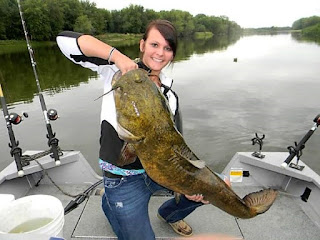 You can check out the first of the three-part podcast series with story component looking at an overview of Aquatic Invasive Species (AIS) and the history of the flathead in the Susquehanna by clicking here.

In the second episode, available in the audio player below, Smith, Stark and Schall talk about some other invasive species people may know fairly well and also look at waterways that have been invaded by the flathead catfish longer than the Susquehanna. They talk about the impacts the flathead has had on those waterways and some of the potential red flags in the Susquehanna where there may be similar negative effects on the aquatic ecosystem. 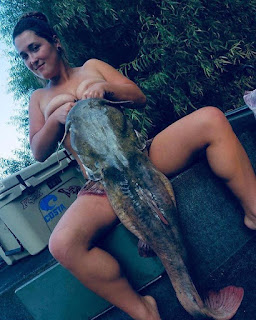 Check back soon for the third and final installment, which will look specifically at current research and studies being done on the flathead in the Susquehanna and what is being learned about their impact.

According to MDDNR, in Maryland Flathead Catfish have been found in only a few places in the Chesapeake Bay; the Potomac River, Upper Bay, Elk and Sassafras Rivers. This suggests they are not as tolerant of salt water as Blue Catfish, which have spread widely.

The Wombat has Rule 5 Sunday: No Shipgirl Can Fight The Future ready and waiting at The Other McCain.