Are Blue Cats to Blame for Climbing Crab Costs? 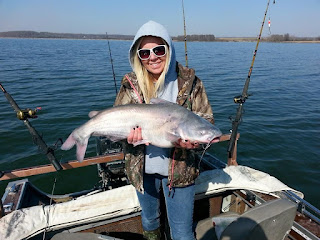 WUSA9, An invasive species may be playing a role in the summer's high crab prices

Seafood lovers enjoying the traditional summer Chesapeake crab feast have suffered remarkable sticker shock this year with prices as high as $90 to $100 a dozen for crabs. One reason for the astronomical prices is that the crab population is down, and crabs are scarce, according to commercial fisherman and seafood marketers.

Now, scientists are raising questions about whether an invasive and voracious predator in the water may be a factor in the crab crisis.

The invasive species in question is the blue catfish, a species so large it has become known as the "River Monster of the Potomac " and other major Chesapeake Bay tributaries. The catfish's diet includes native Blue Crabs. A November 2021 study from the Virginia Institute of Marine Science reports the catfish consumed as many as 2.3 million crabs per year from a study area in the lower James River. 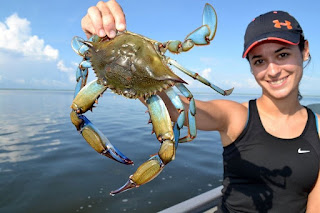 Maryland's Department of Natural Resources has adopted a policy of encouraging Maryland's commercial and recreational fishermen to catch and keep as many blue catfish as possible. “Blue catfish is a species that becomes really abundant, really quickly," said Dr. Joseph Love, Freshwater Fisheries Program Manager for DNR. “In our some of our ecosystems, it is by far the most abundant predatory fish in those ecosystems."
The fish are huge, and consume almost any other species of wildlife they can encounter, catch and swallow -- including crabs and other shellfish, Love said. Researchers have found the blue catfish will even eat ducks. In the Virginia study of the blue catfish's impact on crabs, Dr. Mary Fabrizio and collaborators from the Virginia Institute of Marine Science determined the invasive blue catfish ate 2.3 million crabs in a single 75-square-mile area near Fort Eustis on the James River. “Its not that blue catfish are targeting blue crabs and only eating blue crabs," Fabrizio said. "That is not the case. They're eating a lot of things. But there just happens to be so many blue catfish that even if all of them just eat one crab a day that has a huge impact on the system.” Fabrizio's study was published months before a dismal survey of the Chesapeake Bay crab population was released. The annual Juvenile Crab Survey published by the Maryland Department of Natural Resources in 2022 posted the worst results in the history of the count.

Rep. Andy Harris (D-MD) was one of the people raising the alarm with federal officials during a recent online hearing. "It’s an invasive species in the Chesapeake," he said in a hearing with U.S. Agriculture Secretary Tom Vilsack. "It's decimating our rockfish and crab population." Harris wants the Department of Agriculture to exempt Maryland seafood processors from inspection regulations that they say are standing in the way of turning more wild-caught blue catfish into filets for consumers' dinner tables.

I don't think Blue Cats are the main reason for the current crab crisis. They may contribute around the edges but most Blue Cats live in fresh or barely saline water, while most crabs live in saltier areas. Although we did see large number of Blue Cats in the main bay a couple of years ago after a tremendously wet spring lowed the salinity drastically, most years they are not present there in great numbers.

The Wombat has Rule 5 Sunday: IJN Musashi out on time and under budget.
Posted by Fritz at 5:57 PM