A View From the Cheap Seats - The Military Recruiting Crisis, Parts 4 and V 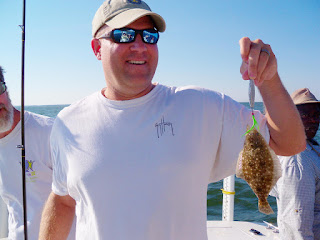 Ski (aka Col. Andrew Andrew Dziengeleski, US Army, retired) has finished his series on the crisis in recruiting for the military, particularly the Army.


The Personnel Crisis Has Arrived, Part 4: Understanding the Long-Term Effects

The longer the military is seen as an undesirable place to serve, or a place that cannot attract quality personnel, then the longer it will take to restore the status and prestige of military service. In the United States, there has always been peaks and valleys associated with military service, going back to the birth of the nation. In times of war, people rallied, especially if there was a real existential threat to the nation, such as in World War Two. But the rally period is limited in duration in even the best of cases, as weariness and exhaustion take a toll over time. Since the end of the Cold War, the US military has been used for truly noble purposes, ranging from humanitarian missions to rescue Americans from the effects of natural disasters, to assisting other nations with the disastrous results of major earthquakes in Haiti and Pakistan, to the tsunami in Indonesia, to the earthquake damaged Fukushima nuclear reactor in Japan and the Ebola outbreak response mission in Africa, the US military is capable of actions and activities no other force on the planet is capable of executing. The Army in particular, because of the size of the service and the diversity of the missions it has to execute, require top notch men and women to join and stay. The services and DoD need to be able to attract high-end talent to become officers and lead the men and women in the 21st Century if the United States is to be able to maintain these capabilities and execute these missions that are rarely conducted by other nations.

Frankly, I had trouble following this one, not because I don't see how the recruiting crisis doesn't lead to problems in an all volunteer force, but because I didn't see them layed out too starkly. What happens when we send a well qualified, but numerically insufficient force to do something existential rather than merely desirable? 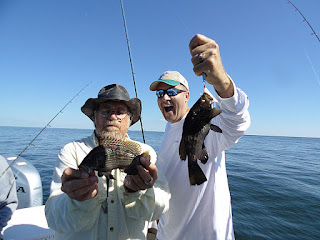 The Personnel Crisis Has Arrived, Part 5: Forging a Better Future


When it comes to crafting appealing narratives about the nature of Army service and life in late 2022, there needs to be some really innovative and novel thought put into the cauldron. In an early column, I highlighted the fact that the GEN Z/Millennial generational cohorts are not motivated by money, can get college benefits elsewhere for less personal dislocation and discomfort, and want to stay close to family and friends. That’s a good starting point to start looking at changing the entire recruiting enterprise.

Changing structures associated with recruiting is probably the easiest aspect of this challenge. First and foremost, the Army leadership has to scrap MHS Genesis as a mechanism for diving into adolescent and youth medical and pharmacy records. One reader pointed out that this is necessary because the DoD will save money in the long term by just disqualifying them immediately. Well, that’s true, but it is also irrelevant, as the old saw goes. I cannot say this strongly enough: THERE IS NO MASSIVE INEXHAUSTABLE POOL OF WILLING PERSONNEL LINING TO JOIN THE US MILITARY RIGHT NOW OR FOR THE FORESEEABLE FUTURE. Ok, I feel better now that’s off the medulla oblongata. Tied to the MHS Genesis debacle is the gigantic list of medical conditions and medications that will preclude an individual from joining the Army or any military service. A real reformation is needed here, because that tired line of “Only 23/25/27/30 % of American youth are eligible to join” is largely due to a slew of medical conditions that were either temporary during youth, or have been treated successfully and not returned. All of this is a self-inflicted wound, and it’s all driven by the rampant credentialism and desire to lower personnel costs. Two easy fixes are to build a lot more leeway into medical entry standards around childhood asthma, mental health, and AD/HD conditions experienced during adolescence or teenage years. The fact is that doctors in this country tend to go for the prescription pad early when dealing with mental health and AD/HD conditions. There’s nothing the Army can do about that, it’s not like the Chief of Staff can go onto the Today Show and ask the nation’s doctors to stop prescribing medications. Since that’s off the table, adding a great deal more leeway into these conditions, and a lot of others should be examined, reviewed, reformed, and enacted with some real pace. Finally, the COVID-19 vaccination refusals should be seriously re-examined, and some sort of compromise needs to occur between the refusniks and the DoD. The Army National Guard and Army Reserve cannot simply lose up to 60,000 personnel over this issue, it is not just a threat to those organizations, it is a real threat to the depth, stability, and safety of the nation.

At this point insisting on WuFlu vaccinations must have more about accepting orders than actually preventing the disease. Anyone not vaccinated has either already had the disease, and formed immunity that's probably superior to vaccine induced immunity, or, for some unknown reason, is immune to the disease.

If you're wondering about the title, check out his posts from April 9 and April 11.