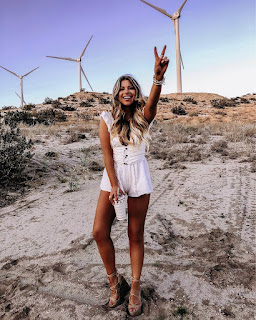 It is comprised of a mixture of glass fibers with plant-derived and synthetic polymers. Once blades formed from this resin can no longer be used, the new material can be recycled into a variety of products – including gummy bears.

When dissolved in an alkaline solution, the newly formulated resin produces potassium lactate. The compound, researchers allege, can be purified and converted into sweets or sports drinks.

“We recovered food-grade potassium lactate and used it to make gummy bear candies, which I ate,” explained John Dorgan, one of the authors of the paper. 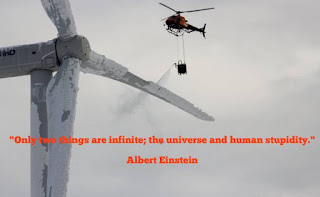 “A carbon atom derived from a plant, like corn or grass, is no different from a carbon atom that came from a fossil fuel. It’s all part of the global carbon cycle, and we’ve shown that we can go from biomass in the field to durable plastic materials and back to foodstuffs,” continued the researcher.

“The beauty of our resin system is that at the end of its use cycle, we can dissolve it, and that releases it from whatever matrix it’s in so that it can be used over and over again in an infinite loop. That’s the goal of the circular economy.”

Another byproduct of combining the resin with an alkaline solution is poly(methyl methacrylate), or PMMA, which is an acrylic material regularly used in windows and car taillights. 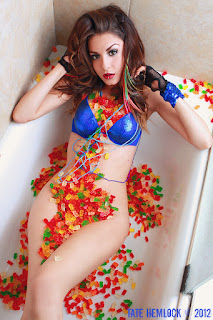 Just because something is possible doesn't make it necessarily a good idea. Do you know how big those things are? Do we really need that many gummy bears?  Oregon wind farm sees blades, bolts fly off as failures mount: "11-story tall blades flew the full length of a football field and plowed a 4-feet deep furrow in a wheat field. The heavy-duty bolts that kept the blade attached to the tower scattered like shrapnel."

PGE’s flagship wind facility, which opened 15 years ago to expand green energy technology in Oregon and nationally had other warning signs as well according to the outlet but it wasn’t until the blade breakdown that the company took action at Biglow Canyon, one of Oregon’s largest wind farms, and shut down all 217 turbines for testing, keeping some out of service for four months.