Starting with Ace, The "President" Attempted a Seance With a Ghost on Live Televison. The Propaganda Press Refused To Air Any Coverage of It Whatsoever, Or To Even Mention It and then Top of Mind: The Leftwing Propaganda Media Actually Asks Karine Jean-Pierre What Was Going on In the Demented "President's" Mind When He Called Out "Where's Jackie?," Searching For a Dead Woman's Ghost. At NewsBusters, They Would Know: The View Calls Biden's 'Jackie' Moment Just a 'Brain Fart'. "Behar interjected to defend Jean-Pierre, suggesting she was dealing with hostile “right-wing” media that “has weaponized his gaffes!” “I mean, they have weaponized the gaffes, They’ve said that he’s senile,” she raged." From Town Hall, Spencer Brown sees Wandering Joe Biden Get Lost Again After Delivering Remarks. Sundowning. At Commentary, Noah Rothman watches The Dam Break

To their credit, journalistic outlets declined to spit-polish the president’s performance. Gone was the impulse to contextualize his comments until viewers questioned the evidence of their own eyes. Most media played it straight. Biden “asks if deceased congresswoman is present,” observed CNN. “President Biden sought out deceased Rep. Jackie Walorski,” the Associated Press reported. “President Biden apparently forgot,” the New York Times conceded, “that Representative Jackie Walorski had died in August.”

It shouldn't be to their credit, it should be their job. At Front Page, Will Biden Get Bailed Out On, ‘She Was 12, & I Was 30?’ "Why, exactly, did the crowd laugh?" Because, at some point, dirty old men are funny. At Breitbart, Pollak: Why Is No One Discussing the 25th Amendment for Joe Biden? Well, you just did, but, in any event, the question answers itself. I do believe we are starting to see the movement to ease Biden out semi-gracefully for 2024.
And his potential replacement? KT at Haut Hair reports on how Oops! Kamala praises U.S. alliance with 'Republic of North Korea' in speech at DMZ. Ace, You're Not Going to Believe This, But Someone Failed to Position Kamala Harris for Success at the Korean DMZ. From the Wombat's In The Mailbox: 09.29.22 EBL: The Biden Administration: Who’s Dumber?
At Am Think, Brian Parsons is trying to think out whether DeSantis is a  MAGA Understudy or Saboteur? Michael Barone is trying to figured out Are Polls Understanding Republicans' Support? Sounds like he's leaning yes.
At Da Wire, Democrat John Fetterman Scrubs Black Lives Matter Section From Campaign Website. David Strom at Haut Hair, Fetterman scrubs BLM support from campaign website. Three times before the cock crows. Breitbart claims Fetterman in Free Fall: Poll Shows Democrat Campaign Collapse in Pennsylvania. 'Bonchie' at Red State reports Oz Tears Fetterman Apart in His Most Based Performance to Date for wanting to release murderers.
From the Wombat's In The Mailbox: 09.29.22  at LI,  Mike LaChance, Mitt Romney Trying to Undermine Mike Lee Re-Election Effort "“If you’re not going to have the back of your colleague in your state who is a fellow Republican, how will I know you’ll have my back?” The unsinkable Mollie Hemingway at Da Fed finds GOP Senators Baffled By Mitt Romney’s Ploy To Oust Mike Lee — And Maybe Thwart A Majority. At PJ Media, Lincoln Brown finds  No Surprise: 'Liz' Romney Stabs Mike Lee in the Back and Stephen Kruiser thinks Mitt Romney's Tedious Treachery Shtick Has Worn Thin. "If the GOP should take back control of the Senate, they might want to propose a Romney-for-Manchin trade with the Dems. I’m only somewhat kidding there."
AARP, cited at Haut Hair, has a Shock poll: Johnson up 5 over Barnes in WI Senate race.  "The race for Wisconsin’s U.S. Senate seat is also close, with Sen. Ron Johnson (R) leading Lt. Gov. Mandela Barnes (D), 51% -46%. Johnson’s lead is slightly bigger (52% – 45%) among voters 50+." Not a shock, KT at Haut Hair finds a Quinnipiac poll,  Abbott is up over Robert Francis O'Rourke by 7 points. Insty wonders WHAT IS IT ABOUT DEMOCRATS AND CHILD ABUSE? Tim Ryan Attends Fundraiser Hosted by Attorney Who Pressed To Minimize Payouts to Nassar’s Victims. VodkaPundit at PJ Media, Meet the New GOP: Younger, More Female, More Hispanic (and More Attractive, if You'll Pardon Me) No pardon necessary.

I had a little birdie whisper in my ear last night that Virginia’s 7th Congressional District is one of those races to watch on election night. There, Republican Yesli Vega is taking on two-term Democrat incumbent Abigail Spanberger.

Vega is the daughter of refugees from El Salvador’s civil war. She and her husband, Army vet Rene, have two children. Vega got her start in Virginia law enforcement, working as a patrol officer, field training officer, hostage negotiator, and crisis intervention team member.

She successfully ran for an open seat on the Prince William County Board of Supervisors in 2019. As her campaign website puts it:

Virginia Governor Glenn Youngkin was so impressed that he named Vega his Hispanic outreach chair during his successful run to unseat Democrat Ralph Northam in 2021.

Althouse, The WaPo Fact Checker fact-checks Stacey Abrams's denial that she was ever an election denier.

I scrolled immediately to see how many "Pinocchios" this got, but somehow this gets to be one of the statements that eludes the rating. Let's figure out why:
. . .
More at the link, but no explanation of why there is no rating. It comes across as very clear that Stacey Abrams was an adamant election denier — for years and in many separate statements. So the question, really, is whether her denying of the denying was clear enough to constitute a lie:

What's subtle about that? Give her the 4 Pinocchios she deserves.

Matt Taibbi,  YouTube Demonetizes TK Content, "A brief note to subscribers about YouTube's decision to demonetize TK material, saying Matt Orfalea's factual video "isn't suitable for all advertisers"  From the Wombat's In The Mailbox: 09.29.22 EBL also, Remember when it was ok to say an election was illegitimate? Ace, "Russia Hacked Our Election" Fact Check: Mostly Symbolic "This is amazing. It falls to the left-leaning Matt Orfala to produce this, because the GOP Establishment is actually pushing the "Insurrection" narrative themselves." 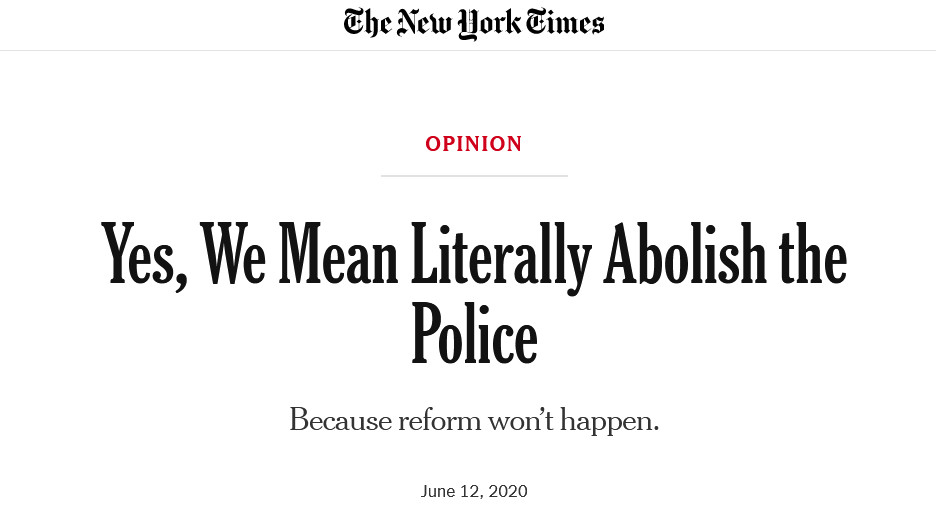 At NYPo Miranda Devine has 30 ex-FBI agents stand up to support whistleblower who exposed agency’s political bias. Ex-agents because they might be fired otherwise. Fox, FBI allegedly engaging in 'purge' of conservative employees, retaliating against whistleblowers: Jim Jordan, " Whistleblowers within the FBI have come to congressional Republicans with allegations of misconduct by the agency." Via the Wombat's In The Mailbox: 09.29.22  Da Tech Guy has another Novena to St. Matthew for the FBI Agents involved in the Mark Houck Arrest, Day 4 – The Retirees Speak Up. Insty, And surprise, surprise! The New York Times are happy to pivot on a dime from… …to “how dare you suggest defunding the FBI!” NYT Suggests It’s ‘Toxic,’ ‘Misinformation’ to Call for Defunding FBI. At Am Great, Eric Lendrum hears Republicans Urge DOJ to Investigate Cyberattacks Targeting Christian, Pro-Life Websites, also, a cold day in hell. Also at Am Great, Jack Cashill on Why Ray Epps Matters, "Like Alger Hiss before him, Epps has come to bear the weight of a powerful narrative." At Haut Hair Beege Wellborn wonders What happened when the FBI raided Congressman Henry Cuellar's (D-TX) home?

I’d just like to take a moment to point out the obvious differences between what happens when a Democrat’s home is raided and when a Repubican’s home is. If this had been Trump’s or Matt Gaetz’s or anyone else remotely prominent in the GOP, a major network would have been on site to spontaneously capture the raid (which would have been a SWAT team, not a polite knock), we would already know the size and color of the ladies’ underwear they’d rifled through, not to mention pictures of documents, and enough salacious details – not necessarily true, but juicy enough – to spark a feeding frenzy of WALLS ARE CLOSING IN, thus keeping CNN/MSNBC on air for another week.

Oh, but not here! No leaks. Almost a year into an “investigation” and bupkis out of anyone at DoJ. Not even a vapor wafting from a window. SO odd. Another reason besides the obvious that this is all flying under the radar is that Cuellar is now tied in a dogfight for his re-election. Nancy Pelosi might not be fond of him, but I’m sure they expected to keep the seat, as he’s a nine-term Congressman. Another young Latina Republican named Cassy Garcia (former Deputy State Director for Ted Cruz) has charged from deep back in the polls. She is going for the jugular. 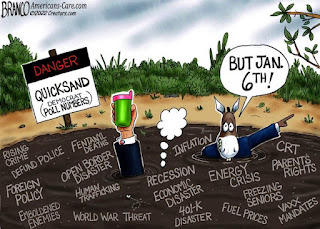 
Attorneys for Urooj Rahman argue the self-described human-rights activist was "numb, disassociated, and inebriated" when she threw a Molotov cocktail into a New York City police car during the George Floyd riots in May 2020. Lawyers say Rahman was also reeling from her many "abusive partnership relationships" and processing "early trauma" from being taunted as a Muslim after 9/11.

On the night of May 29, 2020, Rahman "became quite drunk" after drinking vodka on "an empty stomach" with fellow lawyer and later getaway driver Colinford Mattis. Rahman’s attorneys say the pair’s decision to firebomb an NYPD cruiser was an "aberrational" act meant to protect others from future police violence.

"Tossing the Molotov cocktail was a way of expressing anger at those police officers around the country for whom Black lives did not matter," Rahman’s attorneys wrote in a September memo to U.S. District Judge Brian Cogan. "It was an act of protest intended to avoid exposing others to harm."

Rahman’s attorneys have requested she be released on "time served," saying "her conduct that night was a marked deviation from her otherwise exemplary life."

The request for a special dispensation builds on a sweetheart deal already reached by Justice Department prosecutors in the case. In June, Rahman and Mattis entered into a second plea agreement that broke their potential 10-year sentences down to a maximum of 5 years. Prosecutors want Judge Cogan to go even lower, arguing for just 18 to 24 months based on the "history and personal characteristics of the defendants."

Rahman and Mattis each confessed to counts of conspiracy to commit arson and to making and possessing an unregistered destructive device, dodging a previous domestic terrorism sentencing enhancement. The two had pleaded guilty in October 2021 to one count of possessing or making a destructive device, which could have earned them each 10 years in prison.

Since their arrest, Rahman and Mattis have won the sympathy of national media and liberal elites. New York magazine, NPR, and other outlets have run favorable profiles of the two. Rahman has remained under house arrest with electronic monitoring since June 2020, when a former Obama administration intelligence official helped post her $250,000 bail.

Jerry Dunleavy at WaEx reports that a Skeptical judge won’t dismiss Durham’s case against dossier source Igor Danchenko “The motion is denied,” the judge ruled during the Alexandria court hearing. However, the judge said he would revisit his ruling after Durham’s team had presented its full case during the October trial. Trenga, a George W. Bush appointee who has sat on the Foreign Intelligence Surveillance Court, added that “I think it’s an extremely close call, particularly with count one” related to longtime Hillary Clinton ally Chuck Dolan." At Da Fed, Margot Cleveland maintains Special Counsel Durham’s Protect-The-Establishment Approach Is Destroying The Country

The Wombat has Rule 5 Sunday: Oktoberfest and FMJRA 2.0: Shadows Of The Night ready at the The Other McCain.