We're still waiting for some breakout in the McAuliffe/Youngkin contest for Gubernor of Virginia. As it stands now, it still looks like a dead heat. Capt. Ed at Haut Hair, Dead heat, squared: Youngkin catches McAuliffe in Virginia, USA Today, McAuliffe and Youngkin are in a dead heat with one week to Virginia governor election, poll shows, Paul Bedard at WaEx, Fourth poll shows Youngkin and McAuliffe tied, GOP enthusiasm surging. Remember kids, ties go to whoever cheats the harderst.

It's so bad, that despite the fact that Biden Won Virginia In 2020 By 10. New Poll Shows His Approval Underwater By 10 (Da Wire), the McAuliffe campaign called in Slow Joe to stump for him, with predictable results. Fox,  Biden briefly ‘stumbles’ during speech at McAuliffe rally, critics seize Nick Arama at Red State siezed., Biden Throws Spit and Incoherence at McAuliffe Rally. WaEx, Joe Biden helps Terry McAuliffe paint Youngkin as an ‘acolyte of Donald Trump’. As a child, I was an acolyte occasionally. At RCP, Biden Warns At McAuliffe Rally: Extremism Can "Come In A Smile And A Fleece Vest". It can also come in Depends and aviator sunglasses. Twitchy, ‘You can feel the energy’: Here’s the crowd to see President Biden campaigning for Terry McAuliffe

Sister Toldja at Red State, A Former Virginia Governor (D) Just Unloads on Terry McAuliffe With Polls Tied and One Week to Go

The characteristically outspoken Wilder – who is well-respected in Democrat circles in the state – took specific aim at McAuliffe’s courting of the black vote, suggesting he was “springboarding” off the infamous Gov. Ralph Northam blackface incident to revive his political career and was in effect pulling a con on black voters in the process

The issue bedeviling the McAuliffe campaign at this point is mostly education. At WaEx, Biden and McAuliffe make Beloved book-banning fear key to closing argument. Althouse, "Youngkin’s new ad features the heart-wrenching story of Laura Murphy, a mother who tried to shield her son from having to read Beloved, by Toni Morrison." In high school, I read "The Painted Bird" (link to my Amazon affiliate account that never makes me any money, but might if you buy the book)because it was lying around the house. I wouldn't recommend it in a curriculum.

BPR, Footage shows McAuliffe declaring ‘diversity’ and ‘inclusion’ are ‘as important as’ math and English. Hey, there's good money to be made in the "diversity and inclusion" scam. Phil Klein at NR, McAuliffe’s Infamous ‘Parents’ Quip Wasn’t a Gaffe — It’s How Democrats Think. Indeed, as Breitbart reports a Poll: 70% of Virginia Democrats Want School Boards in Control of Curriculum, Not Parents. It's silly to think that parent can directly manage a curriculum, unless they home school. I think what they're asking for is that school boards be more responsive to what parents care about, and less responsive to the woke teaching establishment. John Lucas at Da Fed, Washington Post Backs Terry McAuliffe In Telling Outraged Virginia Parents ‘Public Schools Don’t Belong To You’. At ET Michael Walsh says A Country Gone Mad Needs a Counter-Revolution but according to Sundance, the choice between McAuliffe and Youngkin is between Democrat and Democratlite; Virginia Politics Is a Very Narrow Ideological Segment Where Inside Clubs Play

Virginia politics is where the UniParty swamp creatures argue among themselves. In Virginia the elites in the DNC club debate their high-brow outlooks with the elites in the RNC club. Virginia is where the traditional DC political establishment of both clubs gather socially to pontificate about their importance in the world of everything political.

We are declaring our freedom tonight. We do not consent to the lies, fearmongering, and abuse. You all know it’s abuse.

This is tyrannical leadership—it’s poor leadership.

This is why we’re all here tonight—because we are all fed up. We’re done asking for permission. See those chairs you’re sitting in? We own those chairs. See these lights? We pay for the lights—not you." 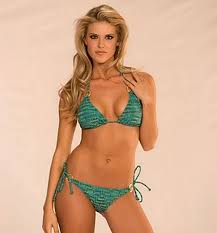 Boller then went on to promise to campaign against everyone on that school board because most of their terms are up next year.

"This is tyrannical leadership, poor leadership, and none of you are willing to stand up for our children. This is why we are all here tonight because we’re fed up, we’re done asking permission, we’re done playing games, the pandemic is over, we are done.

I would love to run for school board to replace all of you. So I’m going to promise you tonight that I will campaign against you, I will, I will fundraise against you, and I will make sure that none of you ever serve in a public space ever again."

Althouse catches "Do these angry parents know how much planning it takes to fill six hours each day with material that’s interesting enough to keep children from breaking everything in the classroom by hitting each other with it (elementary school) or texting each other TikToks about recreational drug use and open-minded sexual promiscuity (contemporary high school, I assume)?" - From "As a Parent, I Would Rather Fake My Own Death Than Take Over Curriculum Planning From Teachers and School Boards" by Ben Mathis-Lilley (Slate).

2. The "angry parents" don't believe that what teachers and school boards are doing is just trying to make the material "interesting enough." It's hardly a dispute about interestingness.


3. Why is it acceptable to portray children as little monsters? We immobilize them in schoolrooms and then express hostility toward them for failing at utter docility.


4. Just because you can't or won't do a government official's job in its entirety doesn't mean it's wrong to criticize the way that work is done. On the contrary, it's exactly what we do all the time in a representative democracy.

Regarding the Revolver piece I featured yesterday, Vicky Taft at PJ Media responds, Ugly: He Urged Jan. 6 Protesters to Attack the Capitol, but Is This Instigator Really a 'Fed! Fed! Fed!'?, and Ace notes FBInsurrection: Merrick Garland Refuses to Answer Whether Federal Agents Encouraged and Ring-Lead the Capitol Riots. Almost certainly, now. But remember, Garland wasn't AG then; Barr had resigned and Rosen was in place. Wray was still FBI Director, though, and the finger points squarely at him. Matt Vespa asks Did You Catch What Was Very Wrong with Rolling Stone's Piece About the January 6 Riot? That it was published at all?

IJR reports that as expected, White House Declares Trump's Claim of Executive Privilege Is 'Not Justified'. Just wait until his (and Hunter's) turn in the barrel. At Da Mail, Biden administration is expected to tap Republican secretary of state who stood up to Trump's claims of fraud for key role in protecting elections from interference and Grabien, MSNBC: Biden to Appoint GOP Trump Critic Kim Wyman to Key Election Security Role. Only Democrats are to be encouraged to call out election fraud. Even after his guy won, Juan Williams whines Trump is killing American democracy (Da Hill). Star News, Wisconsin Senate to Launch New 2020 Election Investigation. At Da Fed, John Lott notes that If Voter ID Laws Are ‘Undemocratic,’ Then So Is Europe.

AllahPundit at Haut Hair nonplussed at Manchin on switching parties: "I don't know where in the hell I belong". Anxious is anxious about Democratic retirements spark worry over holding House majority.

At NYPo, Grants tied to Facebook boosted Democrats in Pennsylvania, report says. The best election Mark Zuckerberg could buy. From Breitbart, Tom Cotton on Suppression of Breitbart: Facebook Acts Like a ‘Wing of the Democratic Party’. But WaEx reports Anti-cancel culture platforms Rumble and Locals combine to take on Big Tech.

The Wombat has Rule 5 Sunday: Danielle Rose Russell and FMJRA 2.0: Totem up on time at The Other McCain.