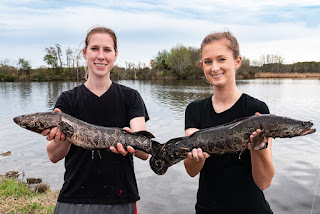 Nearly 1,000 northern snakeheads were caught this year in fish lifts at the hydroelectric Conowingo Dam in Maryland.

They are the aggressive, predatory fish with bodies that reflect their name and razor-sharp teeth inside mouths that gulp air.

The Conowingo, spanning the Susquehanna River five miles from Lancaster County’s southern border, is considered a battleline of sorts against this invasive species’ advance on Pennsylvania. 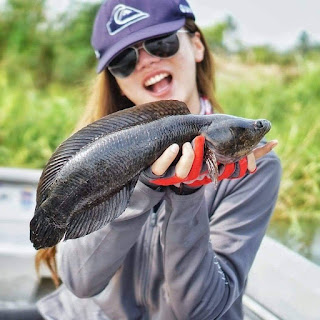 A small number of snakeheads -- sometimes called “frankenfish” -- have breached the line. That they’ve gathered en masse at the dam is not lost on people like Dan Berlin, who is organizing the first snakehead fishing tournament in Cecil County, Md. The tournament, which was likely to draw anglers from Pennsylvania, had been set for Saturday in Port Deposit, where Berlin serves on town council. It was canceled after a small watercraft advisory was issued for the river and is rescheduled for spring. Pushing the tournament much later would mean snakeheads wouldn’t be biting, said Berlin, who views the tournament as an opportunity to promote snakehead fishing. 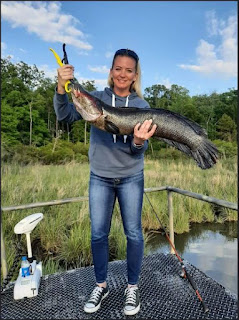 Snakeheads breached the Conowingo in May 2020, during the annual American shad spawning migration. Lifts at the dam have traditionally assisted shad on their journey upriver. Dam workers started the lifts late due to COVID-19. When they finally started, during four days of watching migrating shad stragglers, operators spotted 35 northern snakeheads, said Mike Parker, spokesman for the Pennsylvania Fish and Boat Commission.

Fourteen were netted and removed. The other 21 made it into the Conowingo Pool, he said, but two were later located and removed. It’s presumed the other 19 kept swimming.

Instead, about 6,400 American shad captured at the Conowingo were transported by truck to the Columbia Access and released into the Susquehanna, he said.

Parker said his latest 2021 Conowingo Fish Lift figures show 952 Northern snakeheads were caught along with 1,098 flathead catfish (a species native to the Western part of Pennsylvania but not the Susquehanna.) All of those were either killed or given to the Maryland Department of Natural Resources for beneficial use or research, he said.

According to the U.S. Geological Survey, a female snakehead lays about 1,300 to 1,500 eggs on a floating nest. She can do that a few times each year. Both snakehead parents guard the eggs and continue to guard the hatched fry for weeks, according to the USGS. It’s unknown how many of the 19 snakeheads that made it north were female.

“There is no data to suggest any noticeable impact on other species in the river due to the presumed population of northern snakeheads that may have been established in 2020,” Parker said. “It may be too early to tell, but we have not yet received any substantiated reports that anglers have been observing or catching snakeheads in the Conowingo Pool or upriver.”

If even a few snakeheads are getting across the dam, it's simply a matter of time until snakeheads occupy all suitable habitat in the Susquehanna River system. I remember when a few snakeheads were first discovered in Maryland in 2002. They now seem to thrive in wide areas of Maryland, Virginia and Delaware.